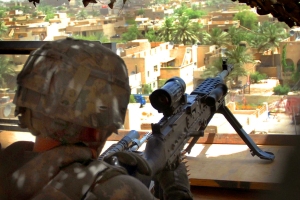 “Just paying off my student loans…”

One of the criteria for admission to the practice of law is proof of good character, and what is considered proof of bad character will keep even a stellar law grad out of the courtroom. Bad character can be inferred from many kinds of conduct—criminal convictions, lies under oath, and failing to meet financial obligations, among others. The latter has occasionally blocked an otherwise qualified young lawyer from entering the profession when unpaid debts get out of hand, and that means that the most prominent unpaid debts in recent headlines, student loans, can sometimes foil a legal career. New York law grad Robert Bowman, last I checked, was still trying to convince the New York Bar that being over $400,000 in debt on his student loans didn’t mean he wasn’t fit to practice law. So far, he hasn’t succeeded.

Maybe he should follow the lead of Thomas McGregor.  He had $108,000 in student loans when he graduated from law school in 2008, and couldn’t find a legal job.  He was working a blue-collar job for $15 an hour, and the future looked bleak. Then he devised an ingenious, dangerous and patriotic way to eliminate his student loan problem. He joined the Army.  The Soldier Relief Act capped McGregor’s private loan interest rate at 6 percent during his service—this made certain he didn’t get into Bowman’s plight, with escalating interest rates. The Army College Loan Repayment Program paid down $65,000 of his loans, and McGregor paid off the balance, leaving him debt free by 2012. To accomplish that, he had to seek a higher salary by attending Officer Candidate School.  That also got him a deployment in Iraq for two months and Afghanistan for nearly a year.  “All I had to do was put my life on the line,” McGregor says. He also noted that you don’t have any bills to pay when you’re in a combat zone.

It looks like he’s staying in the army for a while, which is too bad for the legal profession. If not paying off whopping loans calls one’s fitness as a lawyer into question, surely risking one’s life to do it demonstrates a surplus of integrity and trustworthiness.