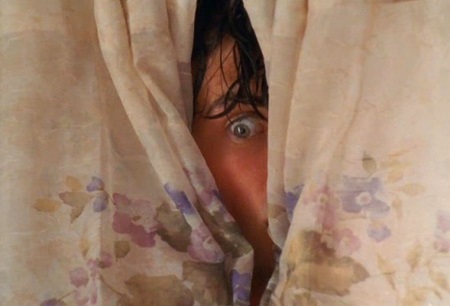 The Maryland Supreme Court just reinstated a Clayton W. Boulware, a Montgomery County attorney who had been suspended for six months after being convicted of covertly filming up the skirts of two women, one of whom was a minor, in a public place.  Boulware was suspended in September for six months with a three-year probationary period to follow the suspension.

In his defense, Boulware blamed his upskirt peeping on an “open relationship” with a younger woman, introducing him to a “swinging lifestyle” that included filming themselves having sex. But that relationship is over now, the court notes, so, hey, no problem.

The bar disciplinary board noted in its report to the court that it believed  a more lenient approach to punishing Boulware was called for because of those “mitigating circumstances.”  Lawyers are, as everyone knows, putty in the hands of swinging young women, and this always results in them shooting up other women’s skirts.

“We are mindful of the bedrock principle that the purpose of the disciplinary system is not to punish but rather to protect the public and uphold the integrity of the profession,” the board told the court. “The evidence of record supports the conclusion that [Boulware] does not have a sexual disorder and is not at risk for repeating the behavior which led to his arrest and conviction. Further, according to his employer … [Boulware] is a productive employee who never engaged in inappropriate conduct with his female co-workers.”

No, he just shoots video up the crotches of strangers, so really, its all fine. On Sept. 9, 2008, Boulware, at  Montgomery County’s Acme Market, followed a 16-year-old girl and her mother throughout the store, filming the teen with a video camera attached to his shoe as she bent over to pick up store items. That same day, Boulware followed an adult woman into the same market and similarly videotaped her up her skirt. Needless to say, both incidents occurred without the knowledge and consent of the victims.

Maybe I’m old-fashioned, but a lawyer who behaves like this even once is unfit to practice law, and I don’t care to have him living next door, either. I suppose I would approve of the Maryland high court’s leniency if the guy is required to hand every potential client and every person he dealt with in his capacity as a lawyer a card that says, “My swinging younger girlfriend so influenced my values and conduct that I found myself secretly stalking a 16-year-old so I could shoot video up her skirt, and she wasn’t the only one. But I’m completely trustworthy now. The Supreme Court of Maryland says so.”

Then it’s their choice. As for me, I’m not buying it. This is signature significance: trustworthy lawyers don’t do this, haven’t done it, won’t consider doing it. Even once. Mr. Boulware needs to find a new profession, and I think we all know what that might be…