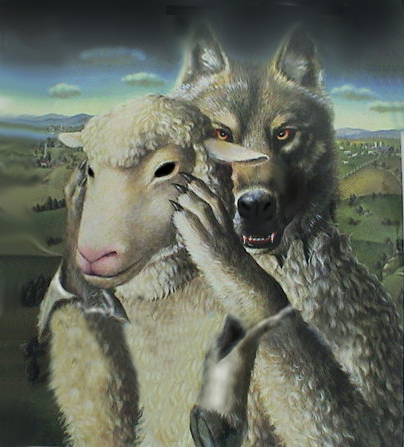 How could this happen in a trustworthy institution?

The Washington Post reported this week that Robin Anthony Toogood II resigned as  principal of Jennie Dean Elementary School, a job he had held since 2009. He also surrendered his Virginia teaching and administrative license. Toogood, who had worked as a teacher and administrator in Washington D.C. area public schools since 2000, had not only falsely claimed to have  a doctorate in education, he also never received an undergraduate bachelor’s degree.

Manassas City officials never checked Toogood’s credentails when he was hired as principal five years ago. The fake degrees were only discovered because he applied to be an elementary school principal in neighboring Prince William County, where to his evident surprise, a proper background check followed. It revealed Toogood’s resume to be Toogood to be true.* He had falsified transcripts from the University of Maryland Baltimore County, Trinity Washington University in the District and Regent University in Virginia. The County alerted Manassas schools, which confronted Toogood. He did not deny the findings and resigned.

He is also apparently a pastor. Manassas City discovered that Toogood also claimed to have earned a doctorate from Andover Theological Seminary and had not.

The Post reports that Toogood had previously been a teacher in D.C. public schools and held administrative positions at several D.C. public charter schools. D.C. public school officials confirmed to the Post that Toogood had taught there from 2000 to 2005, after which he was an administrator at Friendship Collegiate Academy from 2006 to 2007 , and principal of the Center City charter school from 2008 to 2009.  The D.C. Public Charter School Board’s spokesperson told the Post “that the schools conduct their own background checks with board guidance.”

A statement from the Manassas school system said administrators will be taking action to improve its hiring process:

“As a result of this incident, the MCPS human resource department will no longer rely solely on the Virginia Department of Education to validate transcripts for licensing purpose. Additionally, MCPS . . . has begun the process of verifying the transcripts of all licensed employees who have provided transcripts as part of their employment process.”

Let’s see: the District of Columbia public schools, multiple charter schools, Manassas public schools, and the Virginia Department of Education all failed their due diligence obligations to make certain that a con artist and fraud wasn’t overseeing the education of thousands of local children. We have to ask…

There is also scant reason to believe that these schools, or others, are capable of learning from experience (and think about the implications of that). In 2009, the Manassas school system hired Kevin Ricks, a serial child molester, despite his having committed a crime shortly before arriving in the city. He had previously taught and tutored students in Virgina and Maryland; nobody had checked him out sufficiently to find his long record of sexually abusing children. Ricks was arrested in 2010 in the hallway of Osbourn High School in Manassas and charged with taking indecent liberties with a former student. He is in prison, but that frightening  incident was still not enough to inspire the school to make sure it wasn’t placing their students in the hands of criminals.

I know I’ve asked this question before, but how can a field that conducts itself this way continue to pose as a profession?

* How could I resist?

27 thoughts on “Our Untrustworthy Public Schools, Part I: The Administrator”