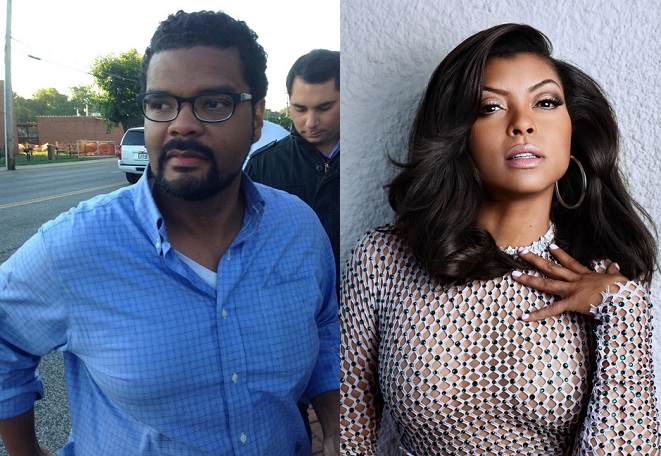 Thanks to three related factors…

1. The uncritical acceptance of Dorian Johnson’s false characterization of Mike Brown’s shooting by Ferguson Police Officer Darren Wilson, leading to a society-wide condemnation not only of Wilson but police departments across the country and white Americans as racially hostile to young black men, and

2. The fact that police officers have been shooting and killing an awful lot of unarmed black men, young or not, and

3. Inflammatory and irresponsible rhetoric from national and local leaders and elected officials

….we are in a dangerously unstable environment of virulent racial distrust, where the police are regarded as immediately suspect and placed in a defensive posture with a presumption of racism and excessive violence virtually any time an African American is the object of police action, regardless of the circumstances or justification. This is being exploited by those arrested, their families, civil rights activists, elected officials, protest organizers and the news media.

Here are two ugly sagas that illustrate the problem:

[O]ne man sat down next to a second man in a St. Louis light rail car and asked him his opinion on the shooting of Michael Brown…The second man, who was white, didn’t want to answer the question. Then the first man, who was black, boxed him in the face. Two more African-American men joined in the beating, according to a police report about Monday’s incident. It was caught on surveillance cameras on the MetroLink train and a passenger recorded it with a cell phone and posted the video online…

St. Louis alderman Antonio French, a vocal community leader in the aftermath of Ferguson, tweeted his disappointment in the beating. “Mike Brown question sparks MetroLink beating caught on video,” he wrote. “This is disgusting. We have a major problem, STL.”

French’s  utter hypocrisy is awe-inspiring. He was one of the most vocal advocates of protests based on Dorian Johnson’s lies. He was a promoter of the “Hands Up! Don’t Shoot!” hashtag on Twitter and as a slogan in protests. He went on national TV and suggested, based on nothing but Wilson’s color, the color of the shooting victim, and Johnson’s lies, that Wilson was guilty of murder and should be tried. When Wilson was interviewed about the incident, French  said that his responses to questions looked scripted, and that he lacked “remorse.”

One should not be remorseful for doing one’s job, protecting oneself, and telling the truth.

Antonio French should be remorseful, for he is as responsible for the beating in St. Louis and the belief by African Americans that Brown was an innocent executed by a killer, racist cop as anyone. Antonio French is right: St. Louis has a major problem, and its name is Antonio Johnson.

Last year, Academy Award- and Emmy-nominated actress Taraji P. Henson accused Glendale police of profiling her son when he was stopped by police. She told a magazine that her son followed police orders as they searched his car illegally. Henson supported her case by noting that her son never got a ticket for the supposed offense that prompted the stop.

In January, Henson tweeted about her son’s history with profiling. She wrote..

“Racial profiling is VERY REAL!!! It has happened to me but to my son more and he is only 20!!! Something needs to be done. #SERIOUSLY.”

The “Empire” star said she had planned to enroll her son at USC before he was stopped by police, but as a result of the bigoted treatment, she will now be sending him to Howard University in Washington, D.C, explaining, “[I’m] not paying $50K so I can’t sleep at night wondering, ‘Is this the night my son is getting racially profiled on campus?’”

Unfortunately for the actress and her son, his stop was recorded on video. Not only was he not profiled, he was treated with compassion and respect.

From the LA Times:

The footage from Oct. 18 shows the officer driving in traffic about 10:10 p.m. in Glendale when the actress’ son, who is in a Honda Civic ahead of him, drives through a lighted crosswalk as a person walks across. His race was not apparent in the video as he was driving.

The officer, still behind the 20-year-old, speeds up and initiates a traffic stop.

In the video, the officer approaches Henson’s son’s Honda and tells him he was stopped for driving through a lighted crosswalk while someone was walking in it. The youth tells the officer he was headed to a friend’s home in Calabasas.

He hands the officer his insurance information and says he has never been arrested. He says his name is Marcell Johnson, and his mother is Taraji P. Henson. Johnson is his father’s last name. Then the officer asked whether he had anything illegal in his car, and the young man responded that he had marijuana in his backpack, according to the video. He told the officer he has a state-issued medical marijuana license but couldn’t find it.

“I appreciate you being honest with me about the weed. I do appreciate that because I do smell weed,” the officer said.

During the lengthy traffic stop shown on the video, Johnson was searched and told the officer he had Ritalin, a prescription drug used to treat hyperactivity, in his car. He admitted he didn’t have a prescription and that he had gotten the pill from a friend.

“You know you’re not supposed to have that, right?” the officer told him.

Johnson then consented and allowed the officer to search his car. At that point, the officer was joined by two other officers and a police cadet.

For most of the traffic stop, officers searched Johnson’s car for the Ritalin pill, which they never found because he said he may have left it at his friend’s house. They also found hash oil, marijuana and a grinder. The officer found a knife, which they determined was legal.

On the video, he told one of the officers he had smoked marijuana two hours before driving, so a sobriety test was performed. He passed the test.

After checking his car, the officer decided not to cite him for the original infraction because it would have a lasting effect on his driving record. Instead, he cited the young man for possessing marijuana.

“I am not going to give you a citation for running that yellow because that would actually put a moving violation on your driving license, and you are going to have to go to traffic school and all that stuff, so I am helping you by not giving you a violation on it. All I am going to do is take the weed from you,” he said. The officer told Johnson he could go to court, show proof he has a prescription and probably just pay a fine.

“It felt like this was a little better than the other one,” he said. “I am giving this to you too because you smoked weed about two hours ago … and a warning if you have Ritalin on you and you’re not supposed to, don’t do it. That’s a big violation and I wouldn’t want to do that to you.”

Glendale Police Chief Robert Castro said the racial profile allegations resulted in threats against the department. “The contact and actions with Marcell Johnson were legal, professional and empathetic,” he said.

The actress, who either was lied to by her son or leaped to a presumption of racism on her own, had no choice but to apologize, saying in a post on Instagram:

“A mother’s job is not easy and neither is a police officer’s, Sometimes as humans we overreact without gathering all of the facts. As a mother in this case I overreacted and for that I apologize. Thank you to that officer for being kind to my son.”

Too little, too late, and no, I wouldn’t accept that apology (and a serious apology requires a little more formality than Instagram). Would she have issued it if there had not been graphic proof showing that her accusation was false? She is the racist and the profiler here. Her irresponsible accusation, made worse by her celebrity, exacerbated racial distrust and placed more pressure on police relations with the black community, even though the officers had behaved in exemplary fashion. Her apology is tainted by self-serving rationalizations and excuses: a mother’s job isn’t easy, but most mothers manage not to make national news by falsely accusing police officers of being racists when they only treated a son with kindness and respect. “Neither is a police officer’s” is just pandering and sucking up: where was that sentiment in October? “Sometimes as humans we overreact without gathering all of the facts”: Sorry, but “Everybody does it” isn’t an excuse, and accusing police officers of racism without facts is what ruined Darren Wilson’s career, caused riots, wrecked businesses, destroyed the Ferguson community and has led to four police shootings at least.

“As a mother in this case”: sure, play The Mother Card; that works—everyone loves mothers. Trayvon Martin’s mother labelled George Zimmerman a racist profiler too; the portrait Mike Brown’s mother painted of her baby boy was an aspiring student who would never hurt a fly.

This apology is an especially messy and obnoxious #6. on The Apology Scale, “a forced or compelled version of 1-4, when the individual apologizing knows that an apology is appropriate but would have avoided making one if he or she could have gotten away with it.”

Accusing the police of racism and profiling is now automatic for African-Americans, default tactic #1. That is Eric Holder’s primary legacy, and the sad thing is, he’s probably proud of it.