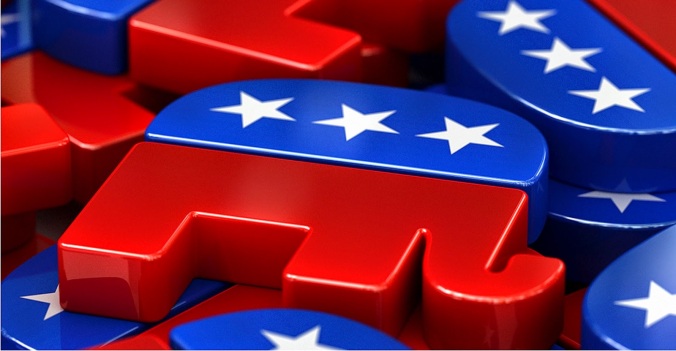 When I first planned this post, I had seen only one column that argued that the GOP could not fairly refuse to nominate Donald Trump if he comes to the convention having won the most primary contests and delegates. Since then, I have read many more, as well as statements from various Republican leaders to that effect.

All of them are very, very wrong.

In the law, we look at this as a “who is the client?” question. To whom does the Republican Party owe its primary loyalties? What is the party’s purpose, and how does it best accomplish it? The answers to these question dictate its actions regarding Donald Trump’s fate.

Neither the election process nor the nominating process involve direct democracy. If the only purpose was to determine which candidate the citizens who consider themselves Republicans want to have on the ticket, a national primary would do the trick, and the party would barely be anything but a bystander. That is not the objective, however. The objective is to identify the most qualified and competent individual who represents the values of the Republican Party, and who has, in the judgment of professionals whose job is to discern such things, the best chance of winning, and to present him (or her) to the American public for their judgment, in order to maximize the likelihood of a fit and admirable citizen undertaking the awesome responsibility of leading the United States of America, and ensuring the success and survival of the nation, as well as the vital principles it represents to the world.

In the pursuit of this objective, the Republican Party has many stakeholders..itself, to begin with.  As a public institution, the party’s survival depends on the public perception that it is performing its duty competently and with the dignity and transparency such a role requires. Another group of stakeholders are its citizen members, who joined the party, contribute to it, volunteer their time, and give the benefit of many doubts to the party’s candidates in the polling booth. These citizens expect the party not to embarrass them, at a minimum, and ideally to actually accomplish some of the goals and policy measures the party’s principles support.

Non-Republicans are also stakeholders. If the parties do not do perform their duties with seriousness, diligence and skill, then the citizens will be faced with poor choices and unsatisfactory alternatives  on election day.

Ultimately, the Republican Party, like the Democratic Party, must regard its most important stakeholder as the United States of America. The President is both the symbol of the nation abroad and the embodiment of its hopes, ideals, history and continuity domestically. If the parties choose their candidates irresponsibly, then the nation itself is at risk. And as history has shown again and again, the world needs a vibrant and thriving United States of America. The planet itself has a stake in how well the Republican Party does its duty.

In the priority of Republican Party stakeholders, or “clients,” the candidates themselves are at the very bottom of the list. They exist to serve the party’s needs and responsibilities, not the other way around. True, they invest their time, money and passion in the task of proving themselves worthy of nomination, and they have a right to expect that the process they are engaged in will be consistent, reasonable and fair. They must understand, however, that the process, in the end, is not about them, but about fulfilling the responsibility of finding a worthy candidate for the office of President of the United States.

In a process that was designed to identify worthy candidates, Donald Trump has proven beyond a shadow of a doubt that he is unworthy. He had, in fact, proven that long, long ago, and the GOP’s leaders were foolish to allow him to run for the party’s nomination. It provides me some rueful amusement to read Senator Lindsay Graham’s comments yesterday that the GOP should have kicked him out of the party. Why, yes, Senator, I pointed that out more than six months ago, and it was obvious then.

Since that time, Trump has provided myriad justifications for declaring him persona non grata. The first time he engaged in name-calling and vulgarity, he should have been given an ultimatum. His personal attack on Megyn Kelly was sufficient to remove him; his conduct regarding the handicapped reporter, towards John McCain and prisoners of war; his attacks on George W. Bush and Mitt Romney, threatening to sue Ted Cruz—on and on, you know the litany. The party has an obligation not to present as its standard bearer a candidate who does not embrace and cannot be trusted to support its values, ideals and principles, and Trump has made it inarguable that he does not.

Moreover, the evidence of his lack of fitness to be President accumulates daily, and at an accelerating rate:

Hmmm. Next, Trump describes his motives for spending a million dollars and five years hounding an author who displeased him:

“I spent a couple of bucks on legal fees, and they spent a whole lot more. I did it to make his life miserable, which I’m happy about.”

That is called “abuse of process,” as well as the rich bullying ordinary people. Trump lost the suit, the Post reports, in “humiliating fashion.”

Remember, that was all in just 24 hours, and I’m sure I missed something. Today, there will be more.

The Republican party has already been too fair to Trump. He  earned ejection from the Party and the process many times over, by behaving like a boor, a misogynist, a vulgarian, a bully, a bigot, a racist (Did you note the report of Trump having a group of African-American students tossed out of a rally because…they were black?), a thug, a liar, a birther, a truther and a Democrat all while representing Republicans. If he were a Republican Party employee, he would have been fired for cause long ago.

At this point, Republicans not only will be justified in denying Donald Trump the nomination, they are obligated by their ethical duty to stake-holders to do it. They will be obligated to reject him even if he arrives at the convention with a majority of the delegates. Trump has broken rules as well as standards of fairness and decency; he has no standing to cry foul. He is foul. The Republican party has a duty to its real clients—the party, its members, the public, the nation and the world—to nominate a candidate who is fit to be President, and can be trusted to serve with dignity, ability and good character. That duty is even more important than usual, since it appears that the Democratic Party is not going to meet its responsibility to do the same.

This is a utilitarian ethical conflict. One can argue that the Republican Party will be unfair to Trump if it doesn’t nominate him in August. That unfairness to an individual, however, especially this individual, following his blatant misconduct, is far outweighed by the obligations the party has to other, more important stakeholders.

It won’t be unethical to reject Trump, whatever his delegate total. It will be irresponsible not to.

86 thoughts on “Post-Debate Ethics, The Final Question: Will The GOP Be Unethical If It Rejects Trump?”