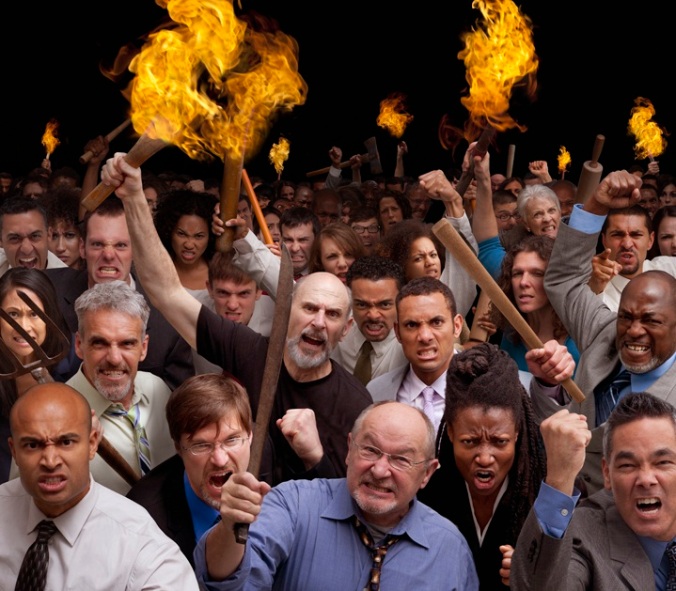 As almost every legal analyst without an ideological agenda has pointed out, officer Edward Nero was found not guilty in his trial for alleged crimes related to the death of Freddie Gray because there was no evidence to prove him guilty. The case shouldn’t have been brought at all; the prosecutor was unethical and conflicted.

Most critics of the responsible and just verdict  by the  Judge Barry G. Williams (who is black; did you know that?  Few news media reports pointed that fact out: it doesn’t fit the narrative of white justice failing black victims, I guess) didn’t read it, and don’t appear to care what it says. Judge Williams explained:

“Based on the evidence presented, this court finds that the state has not met its burden to prove beyond a reasonable doubt all required elements of the crimes charged….It was [Officer] Miller who detained Mr. Gray, it was Miller who cuffed Mr. Gray, and it was Miller who walked Mr. Gray over to the area where the defendant met them. When the detention morphed into an arrest, [Officer Nero] was not present…This court does not find that a reasonable officer similarly situated to the defendant, at the point where there are people coming out on the street to observe and comment, would approach the lieutenant who just got out of the van to tell him to seat belt Mr. Gray or make an inquiry concerning the issue of whether or not Mr. Gray has been seat belted. There is no evidence that this was part of his training, and no evidence that a reasonable officer would do the same…The court is not satisfied that the state has shown that [Officer Nero] had a duty to seat belt Mr. Gray, and if there was a duty, that the defendant was aware of the duty.”

Did the officers, including Nero, endanger Gray through negligence? Baltimore has already paid a settlement of millions admitting that, true or not. Criminal convictions require intent. Mediaite legal writer Chris White correctly observes that a conviction based on the prosecution’s case against Nero that it was criminal for him not to intervene in another officer’s conduct  would essentially set a  precedent requiring all police officers to second-guess each other out of fear of being charged with crimes.

Never mind, though. The powerful progressive-black activist-biased news media alliance has determined that Nero should have been convicted, that a racist system is the reason he wasn’t, and that’s all there is to it:

Foul. Nero wasn’t held legally accountable because there was no evidence that he was legally or factually accountable. The sentence drips with the assumption that Nero was accountable. As Tom Blumer noted. Linderman’s story also labelled Gray as black and the white officers accused in the case by their race, but omitted racial identification of the judge or the black officers charged. Hmmm...why would she do that? Why would her editors allow her to do that?

Deal with what, Whoopie? That the justice system still requires evidence before locking people up, even when a white police officer is accused in a black man’s death?

No, Charlie, it shows that when prosecutors bring cases against individuals to quell rioting and advance their husband’s career rather than because there is evidence of a crime, they lose. Good.

The acquittal of the Baltimore Officer is yet another reminder that Black life isn’t worth much in this nation.

Disgraceful; this is full-out race-baiting at its worst. It’s another reminder that having race-hucksters like Hill determined to destroy your life to make a point is still not enough to deprive you of your liberty if there are no facts that overcome reasonable doubt.

“While the court found Officer Nero not guilty of any criminal liability, his trial like those of the others associated with the death of Freddie Gray has finally laid bare the long-standing problem in Baltimore of police stops of African-American men without reasonable suspicion or probable cause.”

The trial did nothing of the sort, and Nero wasn’t involved in the initial stop. Moreover, as the judge stated in the opinion that Ifill didn’t read before commenting negatively on it, the prosecution conceded that the  Wardlow and Terry standards set forth in two landmark Supreme Court cases laying out circumstances when officers may detain suspects based on reasonable suspicion were met in Gray’s case, and that the officers “had a right to stop Mr. Gray.”

You see the trend. This is a direct result of relentless race-baiting from the news media, the mobs of activists, and politicians encouraging dangerous racial distrust as a means of keeping power. So far, it hasn’t resulted in the mobs getting their way, and innocent police officers and others being imprisoned only because they are the wrong color and were involved in an individual of the wrong color’s death.

9 thoughts on “Remember These Names: The Freddie Gray Not Guilty Verdict Is Exposing Race-Baiters And Mob Justice Supporters”