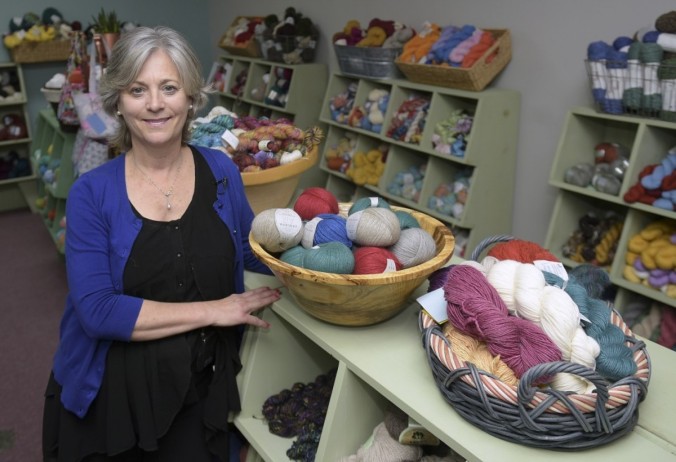 Once more, we see the disturbing trend of hyper-partisan business owners attempting to divide the nation into politically exclusive camps, with progressive and conservative bars, restaurants, supermarkets, hardwear stores, pet shops and, in this case, yarn shops. This is madness, and indefensible ethically, especially in a pluralistic democracy. It is also pure bigotry, attributing negative character traits to individuals based on one characteristic alone. Banning customers because they have a political view is no less hateful, and no less offensive to the nation’s ideals, than banning them because they are black.

Elizabeth Poe, owner of a small yarn store, The Joy of Knitting, in Franklin, Tennessee, doesn’t comprehend that, so she proudly posted this  unethical announcement  on Facebook, telling potential customers who participated in the Women’s March last week,

“…if you want yarn for any project for the women’s movement that you please shop for yarn elsewhere…The vulgarity, vile and evilness of this movement is absolutely despicable. That kind of behavior is unacceptable and is not welcomed at The Joy of Knitting. I will never need that kind of business to remain open. Two wrongs will never ever make it right. As the owner of this business and a Christian, I have a duty to my customers and my community to promote values of mutual respect, love, compassion, understanding, and integrity. The women’s movement is counterproductive to unity of family, friends, community, and nation.”

Whereas shunning fellow citizens because they advocate different policies and positions than you do is a wonderful way to “promote values of mutual respect, love, compassion, understanding, and integrity, unity of family, friends, community, and nation.”

How does someone compose hypocritical and divisive nonsense like this and not have her ethics alarms ringing like an 8-alarm fire drill? big, pointless, primal scream protests just for the joy of protesting in a sympatico mob is as American as it gets. Sure it’s dumb and often offensive, as last week’s festivities showed, but it blows off steam, and can be therapeutic, though an expensive form of therapy to be sure. Punishing people for expressing their beliefs, no matter how annoying? That would be like…sucker punching a Nazi on the street. You respect their right to spout off, and they, in turn, should respect yours, and not be pugnacious about it. Surely there are many things you can agree one.

Not surprisingly, some of the reaction against Poe was as confused as her post. “A business should not tell other women what they can and can’t do with their bodies, nor should they speak out AGAINST women, especially when it’s a woman-owned business. BYE, the Joy of Knitting,” wrote Facebook user Kristin Luna. Nice lockstep thinking there, Kristin! A woman can’t disagree with women who dress like this in public…

Of course she can, and there’s nothing wrong with that. But she should also allow you to knit one of these with her yarn.