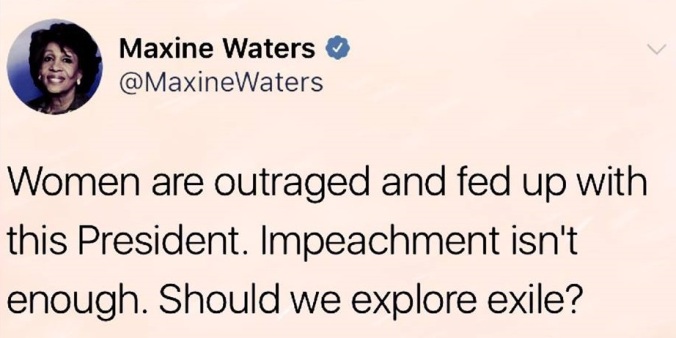 32 thoughts on “Ethics Alarms Poll: And Speaking Of Crazy Tweets And Incompetent Elected Officials, What Should We Make Of This From Rep. Waters?”