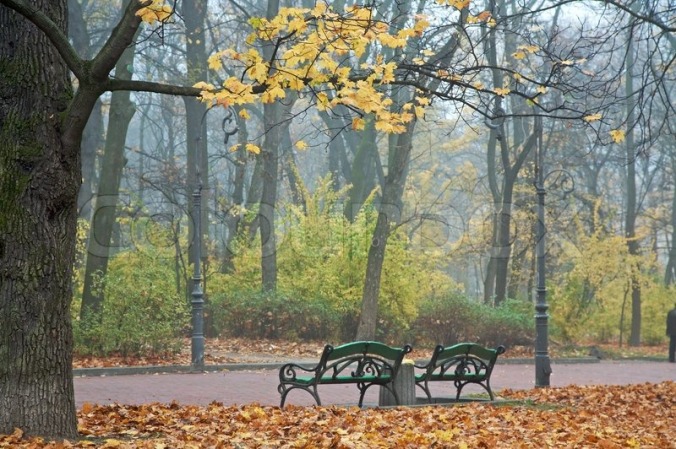 1 I thought the weekend’s violence story was going to only be Senator Rand Paul getting attacked and beaten up by his next-door neighbor, a frustrated socialist, but no. Then we learned that a madman in Sutherland Springs, Texas had opened fire on a church congregation and killed at least 26, wounding another 30 or more.

It now appears that the shooter was not permitted to purchase or own guns, which means that no law, short of gun banning and confiscation—good luck with that in Texas—could have prevented the massacre. Nevertheless, the immediate—can I say hair-trigger?—response from predictable anti-Second Amendment demagogues came in waves. Notable was the country’s #1 demagogue—and yet she persists!—Bay State Senator Elizabeth Warren, who in successive tweets signaled her gun-fearing virtue to gentle progressives, presumably the ignorant ones:

“I’m heartsick for the victims, families & community of Sutherland Springs. But I’m more than heartsick – I’m angry…How many more people must die at churches or concerts or schools before we stop letting the @NRA control this country’s gun policies?…How many kids must die of gun violence on playgrounds & streets every day with no attention at all before we wake up to what’s happening?…Thoughts & prayers are not enough, GOP. We must end this violence. We must stop these tragedies. People are dying while you wait.”

What does this mean? All it means is “Do something! ARRGH!” That is not a mature, rational, professional and responsible reaction from an elected official. The other thing it means is “repeal the Second Amendment,” which is the anti-democratic position of most of Warren’s supporters and followers. Since this episode would not have been prevented by anything but preventing the availability of guns nationwide, except, of course, to the government the public does not trust, Warren is doing nothing more nor less than blaming Republicans and the NRA for a lunatic’s rampage no one could have foreseen or prevented. This, in turn, ramps up the partisan and ideological hatred and division that has been the strategy of Democrats for a full year now, and that leads to Republicans being shot on baseball fields, Senators being mauled by socialist neighbors, and maybe even some mass shootings.

Then we have the muddled and useless “thinking” conveyed by this kind of fatuous commentary, which, to summarize, argues that we need “new ideas” and that a single maniac’s single act from motives nobody yet knows tells us that the rest of the public is devoid of optimism and hope. The author’s candidate for a “new idea”? “Maybe we need to start thinking about guns the way one physician has started thinking about opioids.”

Or maybe we should take a gun apart, put it in a brown paper bag, spin it over our heads and scream like a chicken. Although that’s not exactly new…

On the conservative side, gun defenders are making great hay out of the apparent fact that the killer was pursued and perhaps killed by legally gun-toting church neighbors. That’s moral luck, and nothing more.

2. The Democratic Party really is doubling down on its denials of Donna Brazile’s not-quite-whistle-blowing-since-the game-she-helped-try-to-cheat-in-was-over- a-year-before -she-blew. Amazing. I heard Robbie Mook, Hillary’s incompetent and corrupt former campaign manager, argue that Bernie’s campaign could have bought into the DNC too, so Brazile’s accusation is unfair. The agreement that gave the Clinton campaign control over the DNC was cut in 2015, before the Sanders campaign was anything but a hope, a prayer, a lark and a shadow. Of course Clinton had money: she had been gathering a coronation war chest for years. This was a bright line, classic, conflict of interest by the Democrats, and one that created a terrible appearance of impropriety (because it WAS improper) , except that it was kept a secret. That the Democrats deny this indicates that they don’t know what is inappropriate, and don’t see anything wrong with conflicts of interest as long as they suit their needs.

In other words, the party is corrupt, and likes it that way.

3. Did Hillary Clinton really throw an expletive-laden tantrum at Donna Brazile after Matt Lauer went off a pre-approved script of questions and grilled her on the air about her email practices? The explosive account has been around for a while, and was reported last year as fact in many right-wing blogs and websites. Now, in the aftermath of Brazile’s allegations, it is being publicized again. The remarkably detailed version of the rant goes like this: quoth Hillary to Donna, in front of staffers and NBC personnel:

“You stare at the wall like a brain dead buffalo, while letting fucking Lauer get away with this betrayal? Get the fuck to work janitoring this mess- do I make myself clear???”

Has Snopes fact-checked any of the dozens–hundreds?—of accounts leaked from the White House and other sources regarding what President Trump said or did? No. Has it called those “FALSE” and “rumors?” No. Has the mainstream media hesitated to publish anonymous accounts what Trump said in  phone conversations and other meetings when the alleged words reflected badly on President Trump? Hardly.

What would have happened to Hillary Clinton’s support if the “brain dead buffalo janitor” story had been reported by the mainstream media and a member of the Clinton campaign or DNC had confirmed it in October of 2016? Would Clinton be blaming that on “Russian collusion” too?

All we ask is fair and consistent standards, objectively applied to both parties and all individuals. Apparently this is beyond the ability of our journalists.

And anyone who accuses Ethics Alarms of having a conservative bias for insisting on objective journalism standards, can, to quote Donna yesterday, go to Hell. I’m not in the mood.

4. Continuing on the topic of bigotry and the DNC,  Democratic National Committee chairman Tom Perez provided Virginia voters (like me) some insight about the party they will be supporting if they vote for Democrat Ralph Northam in the governor’s race next Tuesday. An independent group supporting Northam, the Latin Victory Fund, issued a disgusting TV spot showing a pick-up truck with a bumper- sticker supporting Northam’s GOP opponent, Ed Gillespie, trying to run down a group of minority children.

Nice. This is a crude reference to Gillespie’s belief that the immigration laws should be enforced, a now discredited position among Democrats and progressives.  NBC’s Chuck Todd. on “Meet the Press,” gave Perez a chance to disclaim the implication that drivers of pickup trucks aren’t racist child-hunters. Being Chuck Todd and a mainstream journalist, he didn’t also ask Perez to reject the contention that Republicans are racist…that would have been too easy a question.

Here was the exchange, which began with Todd playing both the Evil GOP Rednecks Hunting Kids spot, and the Virginia Republicans’ response, which said,

TODD: I’m sure you’ve been familiar with the ad itself and the controversy around the ad. And the Republican party’s response, that it was basically, Democrats don’t like it when, you know, when Republicans stereotype. Aren’t you stereotyping? Are all pickup trucks–I drive a pickup truck. I mean, are all pickup truck drivers racist? That’s what the ad–do you understand why some people think the ad implies that?

TOM PEREZ: Well, Chuck, let’s be clear about what’s happening in the race in Virginia and in all too many races, dog-whistle politics. Steve Bannon just endorsed Ed Gillespie in Virginia this morning. And throughout this campaign, Ed Gillespie has been fear mongering. He’s been doing the same thing Donald Trump did. That’s not fair. That’s not right. Virginia, under Ralph Northam’s leadership, under Justin Fairfax leadership, they’re looking for a way to unite people. And Ed Gillespie, throughout the campaign, has been dividing people. And when you, when you hit the bully back, and the bully starts crying, those are crocodile tears to me.

Translation: “Our dog-whistle and divisive politics are justified, Republicans hate minorities and kids, it’s racist to want to enforce the immigration laws, and yes, drivers of pick-up trucks are mostly racist.”

5. Gillespie, it should be said, is fear-mongering as well, making the absurd slippery slope argument that accepting Dreamers will lead to sanctuary cities and Virginia versions of the deadly MS-13 gangs.

You know, it really isn’t necessary to make apocalyptic arguments for enforcing the immigration laws. Immigration laws are essential, a nation has to enforce its borders, policies cannot create incentives for foreign citizens to enter the country illegally, and no one has made a rational argument to the contrary. (No, “Think of the children!”, “We’re a nation of immigrants!”, “But..the Statue of Liberty!,” “They are just looking for a better life!” and “We stole all that land from Mexico!” are not rational arguments.)

6. Flipping a middle figure to the President’s motorcade is protected speech. Flipping said finger to the President when one works for a company dependent on government contracts and plastering photos of one doing this on social media is not what I would call wise, and Julie Briskman would have reasonably expected her employers to admonish her to keep the company’s public image in mind the next time she as tempted to bite the hand that feeds it. Akima LLC, however, a Virginia-based company, fired her.

They have every right to do this, but it was a gross and cruel over-reaction. Worse, the company wasn’t even honest about its rationale,telling her that company policy forbade an employee having  anything ‘lewd’ or ‘obscene’ on your social media. Sure. “The finger” is undeniably rude. Obscene it’s not.