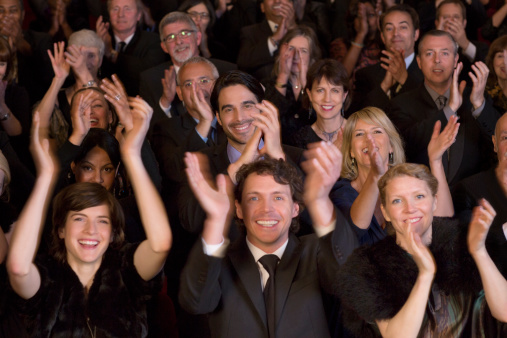 There was a lively and contentious debate on Megachurch Pastor Andy Savage’s 20-year-old encounter with a 17-year-old girl. There were several extensive comments, and I may yet post one from the pro-Andy camp to balance this one, by johnburger2013.

There are at least 3 creeps in this story:

A. Megachurch minister Andy Savage. This incident as revealed by Jules Woodson clearly demonstrates that Savage knew what he had done to Woodson was, at the very least wrong and immoral. He has a crisis of conscience and seeks absolution from the Lord God Almighty. Good for him. I suspect that God would have said, “Hey, jerk. Apologize to her, make it right, and never, ever use my name in vain. Go away.” He told her not to discuss it with anyone. Nice guy, that. Nothing in the story reveals that he tried to make amends to her; on the contrary, everything points to him trying to cover up what he did to her.

I would not even rate his statement as an apology, though. Note the buzz words:

1. “As a college student”: Hey! I was young and impetuous, and my hormones got the best of me.

2. “On staff at a church in Texas”: I was nobody important at the church, just a young buck hauling stuff for the church way over there in Texas.

3. “More than 20 years ago” : It was a long time ago. The winds of history have clouded my memory. Don’t judge my sexual assault of a 17 year old girl by today’s standards; things were different back then! Come on!

4. “I regretfully had a sexual incident”: I forgave myself, and you know what the Good Book says about sin, repentance and forgiveness. The Lord has forgiven me, so you should, too.

5. “With a female high school senior in the church.” She was a senior and not some under-aged school girl. Besides, she was like an adult.

6. “Until now, I did not know there was unfinished business with Jules”? Unfinished business? What does that mean? Unrequited love? A bad date you need to make right? Does the good pastor mean, “I thought we forgave and forgot; I guess not.”

7. “Jules, I am deeply sorry for my actions 20 years ago.” There he goes with the 20 years ago stuff again. Why don’t we just move on. Remember: he did not say this to her on the phone or in person but on a NATIONALLY televised prayer/worship service. He tried to pull a Jimmy Swaggart or a James and Tammy Baker. (Que: Sound of bombs dropping and whistling right before detonation.) So, let me get this straight. He assaults a 17 year old, tells her to keep it quiet, and then 20 years later, he further humiliates her on national television about some unfinished business. What a jerk.

8. “I remain committed to cooperate with you toward forgiveness and healing.” Wow. That is mighty nice of him. Great guy.

B. Larry Cotton, an associate pastor of the church, tells her to keep quiet so they can handle it internally. I wonder what, if anything, they did to Savage. (Yeah, I know – nothing; hope springs eternal). Cotton is corrupt. He cared more about the church’s money stream than the despicable actions of a member of his ministry against congregant. Slime.

C. Savage’s New Congregation. Why on Earth are they applauding Savage? Have they lost all sense of right, wrong. morality, ethics, or propriety? That he took some responsibility for what he did? For further humiliating someone by naming her in public all the while proclaiming his faith in the Lord? Good grief.

According to Torah and most western biblical tradition the Third Commandment* forbids taking the Lord’s name in vain. Most think it terms of using God’s name in a curse. It is more profound than that, though. Because of the greatness God;s name, any use of His name that brings dishonor on Him or on His character is taking His name in vain. In the Hebrew Bible, the commandment is directed against abuse of the name of God. For instance, bringing dishonor on God’s name was done by failing to perform an oath or vow taken in His name (Leviticus 19:12). One who uses God’s name to legitimize an oath, and then breaks that promise, shows a lack of reverence for God as well as a lack of fear of His holy retribution. It was essentially the same as denying God’s existence. (For a nice discussion about this, check out https://www.gotquestions.org/Lords-name-vain.html, from which I have quoted above.)

Savage and Cotton, and to lesser extent the applauding congregants demonstrate utter contempt for that Commandment. Savage and Cotton failed this young, impressionable congregant. Savage took advantage of his position, his authority, his standing in his church and used it as a weapon against her. He has brought scandal to his church (which supposedly represents God’s will on Earth). Cotton abused the girl’s trust by trying to over it up. Both are disgraces and should be run out of town on a rail.

Additionally, those idiots applauding should have a reality check.

*Yeah, I know. Those rules are really old, given to us by Mose . . . erm . . . Charlton Heston in that movie from the ’50’s, and are now considered antiquated, pedestrian, and just plain silly. But, go with me for just a bit.

4 thoughts on “Comment Of The Day: The Pastor’s Confession”