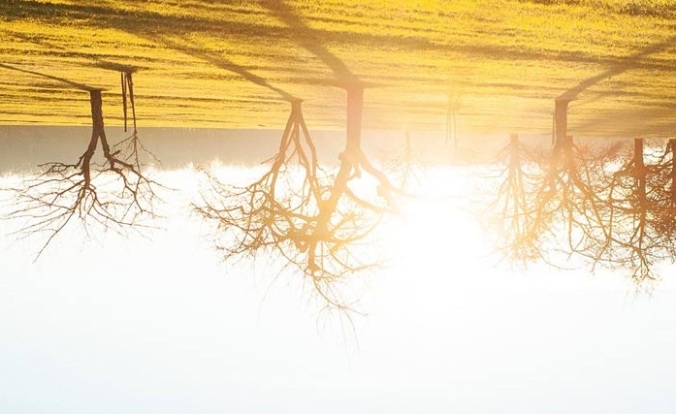 Competence is often not regarded as an ethical value, but it is one of the most important of them all. It is also one of the most commonly breached, usually with the rationalization that “everyone makes mistakes.”

1 “The Nip” Redux  In a legendary “Seinfeld” episode, Elaine’s Christmas card features a photo, taken by amateur photographer and inveterate screw-up Kramer, in which one of her nipples is exposed. Kramer, however, was an admitted amateur. What is Vanity Fair’s alleged professionals’ excuse for its current cover (I’m not talking about the nauseating pandering to Hollywood it represents, for which there is no excuse), which shows actress Reese Witherspoon with three legs?

Vanity Fair may have been too focused on photoshopping out actor James Franco, who was in the original photo but became model-non-grata when he was accused of sexual harassment, and as #MeToo has taught us, an accusation is all the due process these male scum deserve.

2. Segue Alert! And speaking of Hollywood, there has been much ballyhoo over the fact that the nominated Best Actresses this year play feisty, unglamorous, tough, in several cases outright repulsive women. Question: Who likes watching such characters (and more are on the way)? The Academy snubbed the most popular film with a female star, Gail Gadot in “Wonder Woman,” who probably is still too politically incorrect because men—ick!—find her attractive. 2017 was a catastrophically bad year at the box office, meaning that Hollywood proved incompetent at its job, with is making movies people want to see. It also displayed incompetence—not to mention arrogance, bias, condescension, hypocrisy and stupidity–by shooting off its various mouths on political matters, making the entire film industry, which should be a unifying force in the culture, polarizing, like everything else in 2018.

The Hollywood Reporter has a report about the role politics plays in the Academy Award voting; this has always been true, but never more than now. I cannot imagine who would care what or who wins the statuettes when it is all transparent political grandstanding, virtue-signalling and an attempt to meet quotas. Next crisis on the horizon: Hispanic artists are gearing up to show how they have been statistically insufficiently represented in nominations and awards. I presume Asians will do likewise. Why are there not more roles and awards for the differently-abled? Trans performers? Hollywood is committed to the Left, the Left is committed to tribalism, and tribalism has nothing to do with popular entertainment.

Or democracy. But I digress.

Aside: You see above that I have a link to Althouse, as happens frequently here. Her analysis and mine are frequently similar; she’s a lawyer, eclectic in her interests, and similarly centrist (which means she is accused of being a conservative by the Left and  progressive by the Right). I sent her a low-key request to include  Ethics Alarms in her blogroll, not because I have had her link here for years, but because Ethics Alarms would be likely to be interesting to her readers and is a lot more relevant to her blog content than some of the other links. (A similar request was quickly honored a few years back by Popehat.) Well, the link isn’t there, and I never got the courtesy of a response. I’ll still link to her posts when appropriate.

3. Something stupid is out there… The depressing re-boot of “The X-Files,”  in its second season with Mulder looking tired and bored and Scully sounding like she’s been gargling acid, decided to be whimsical this week with a parody episode, climaxing in a “The Day The Earth Stood Still”  homage in which an alien messenger arrives to warn Earthlings. The warning was that the Intergalactic Union of Sentient Beings from All Known Universes and Beyond would be constructing an invisible  wall to prevent humans from venturing out into space, a measure made necessary because  “You’re not sending us your best people. You’re bringing drugs. You’re bringing crime. You’re rapists. And some, I assume, are good people, but we have no choice. Believe me. For although the rest of the galaxies all have their share of these same problems, we fear you could infect us with the one trait that is unique to Earthlings. You lie….Good luck, and good riddance.” Surely among the producer, director and writers someone was aware that any joke that telegraphs the next 30 seconds—from “build a wall” on—is neither original, clever or funny, and going back two years to gratuitously attack the President with a speech that has been hashed over (and misrepresented) over and over again is sacrificing its audience’s enjoyment to, again, smug self-indulgence.  People don’t watch “The X-Files” for partisan cheap shots. They can watch Stephen Colbert for that. Now that they know the show can’t be trusted,  a lot of people just won’t watch, period.

4. Worst negotiation ever. I imagine that Chuck Schumer’s handling of the negotiation regarding the “Dreamers” and “The Wall” will be taught in diplomacy and business school classes for decades as classic incompetence. It will be really hard now to put over the resistance’s Plan E—Trump is mentally incapable of doing his job!—when the disabled President rolled Chuck so easily. If the offer is citizenship for The Dreamers in exchange for the wall, how can Schumer and the Democrats possibly reject it? The Dreamers are here—they don’t care about the wall. Foes of illegal immigration are far less bothered by the Dreamers than the lax enforcement of border security which got them, and the country, in this mess in the first place. Schumer’s party’s base, however—you know, “the Resistance” –will be furious at any resolution that will impede, symbolically or otherwise, the “undocumented.” He can’t win. It’s zugswang: any move loses. Trump trapped him.

Among the ruthless dead and living Presidents chuckling and saying “That’s how you get things done; I have to give this jackass credit! “ are Lincoln,  FDR, Ike, LBJ, Reagan and Clinton. Among the negotiation-challenged Presidents saying, “Huh? Whahappened?” are Wilson and Obama.

A. Gail Collins. Following the school shooting in Kentucky this week, the “liberal progressive” Times columnist couldn’t resist the reflex gun control screed. Do incompetent gun critics depend on incompetent readers? Collins uses another shooting that ” modest gun-safety legislation” wouldn’t have stopped to argue for modest gun-safety legislation, because we have to do something. Maybe she’d hoping for incompetent Second Amendment advocates, who can’t figure out that if each shooting is used to add more regulations that don’t stop the next shooting, the process inevitably leads to gun banning and confiscation, which is and has been the objective of dishonest pundits like Collins all along. In the Kentucky case, a father left his legally purchased gun in the house where his kid could grab it. Go ahead, Gail: explain what “modest gun-safety legislation” fixes irresponsible parenting.

” [Y]ou can definitely try to disarm evil,” Collins writes. Oh, really? Collins party has made it increasingly clear that it regards Republicans, conservatives, whites and men “evil,” as well as what they say. A competent editor would tell Collins, “You know, Gail, this is just foolish, and it makes you and the paper look bad.”

B. Barbara Kingsolver. (Hold onto your cranium.) The American novelist, essayist and poet wrote an opinion column for The Guardian in which she asks, “How would we react to sexist practices if they applied to racial minorities instead of to women?”…

If any contract between men required the non-white one to adopt the legal identity of his Caucasian companion, would we pop the champagne? If any sport wholly excluded people of colour, would it fill stadiums throughout the land? Would we attend a church whose sacred texts consign Latinos to inferior roles? What about galas where black and Asian participants must wear painful shoes and clothes that reveal lots of titillating, well-toned flesh while white people turn up comfortably covered?

In the competition for the championship of terrible analogies, this one has to be a finalist, and a second crown for apples and papaya convolution is likely as well. No contract requires women to take the name of her husband, but there are certain tangible and cultural benefits of having a single name for a family. Women are welcome to play pro football: be my guest! I guarantee that a woman who could throw passes like Tom Brady and not be crushed beyond recognition after the first blitz of 300 pound linemen would be recruited in a trice. I’m sure many women are eager to suffer crippling brain disease. (Interestingly, there is a sport that largely excludes one race: the NBA.)

And who forces women, anywhere, any time, “to wear painful shoes and clothes that reveal lots of titillating, well-toned flesh”? That’s their choice.

The core problem with Kingsolver’s hypothetical is that there are real, tangible, unavoidable differences between men and women. The races, however, require no distinctions in treatment or societal roles at all, and none are justified.