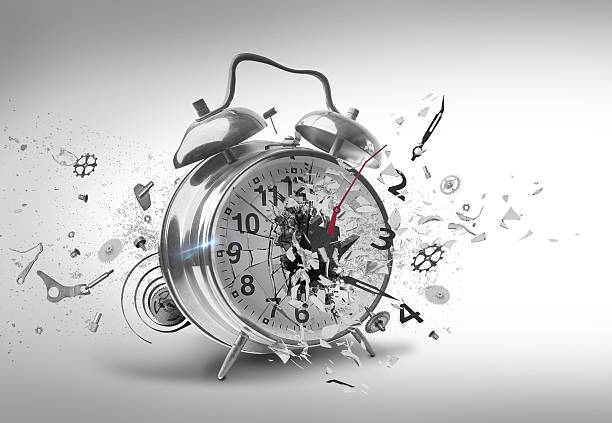 Federal air marshals have begun following ordinary US citizens not suspected of a crime or on any terrorist watch list and collecting extensive information about their movements and behavior under a new domestic surveillance program that is drawing criticism from within the agency.The previously undisclosed program, called “Quiet Skies,” specifically targets travelers who “are not under investigation by any agency and are not in the Terrorist Screening Data Base,” according to a Transportation Security Administration bulletin in March.

The internal bulletin describes the program’s goal as thwarting threats to commercial aircraft “posed by unknown or partially known terrorists,” and gives the agency broad discretion over which air travelers to focus on and how closely they are tracked.

But some air marshals, in interviews and internal communications shared with the Globe, say the program has them tasked with shadowing travelers who appear to pose no real threat — a businesswoman who happened to have traveled through a Mideast hot spot, in one case; a Southwest Airlines flight attendant, in another; a fellow federal law enforcement officer, in a third.

Look at these guidelines regarding what kind of conduct and clues could justify investigating a traveler: 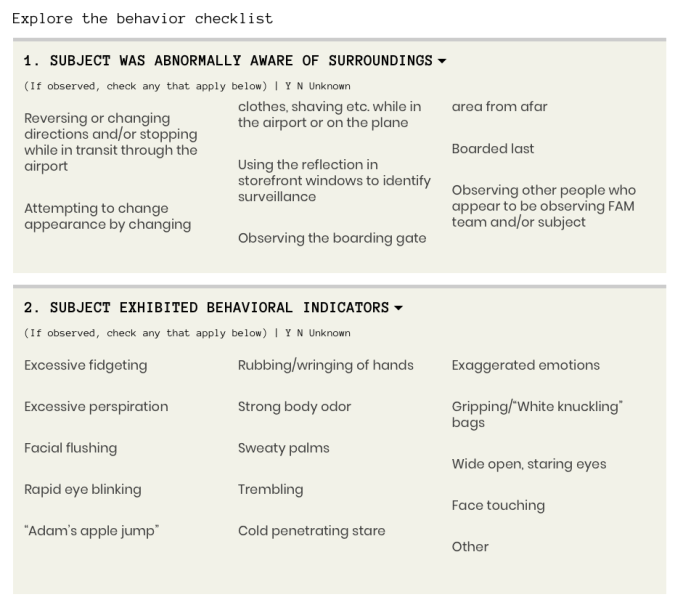 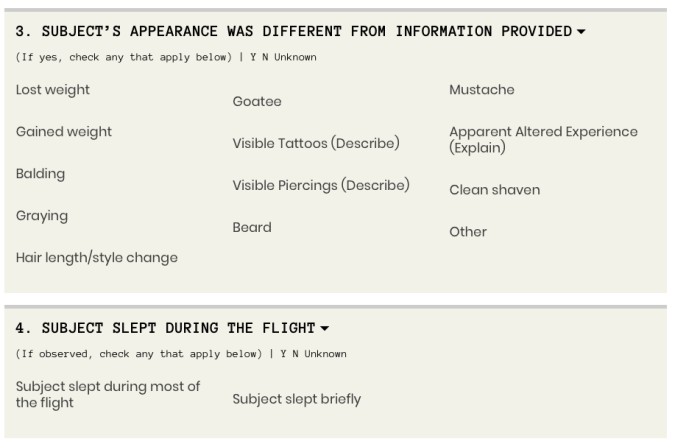 I am less concerned with the civil rights implications of such idiocy than I am with the fact that the policy makers responsible for airport security appear to be morons.

But we knew that, I guess. [Pointer: Amy Alkon]

2. And it isn’t just the TSA. Remember when the IRS hired the same firm that had botched the design of the Healthcare.gov website? Now a recent Treasury inspector general’s report tells us that the IRS rehired more than 200 employees fired for misconduct in a little over a year. An earlier IG report indicates that this is a pattern dating back to 2009. It occurs, apparently, because the IRS does not provide officials responsible for hiring decisions with the information about employment history, so the IRS has rehired, among others…

Two IRS employees fired for poor performance were rehired within six months. In its response letter to the Inspector General’s Office, the IRS wrote that the IRS “determined its current process is more than adequate to mitigate any risks to American taxpayers, federal agencies, and its employees.”

Oh. All righty then!

Rep. Kristi Noem, (R-S.D.) has presented a bill, the “Ensuring Integrity in the IRS Workforce Act,” to the House that would prohibit the IRS from rehiring employees fired for misconduct or poor performance.

3.  Tales of the cognitive dissonance scale. Of the 176 riders who started this year’s Tour de France,  only five were American. What a difference from less than a decade ago, when cycle racing was a growing sensation among the young in the U.S!  What happened? Cognitive dissonance happened, or more specifically, Lance Armstrong happened. The American who caused interest in cycling to soar was ultimately exposed as a con man, a liar and a cheater. The hero became a villain, and he dragged his sport down with him.

4. I think the real lesson is being missed here. Campus Reform reports an  academic scandal involving Helen Wilson, who submitted her study, “Human reactions to rape culture and queer performativity at urban dog parks in Portland, Oregon” to the Journal of Feminist Geography in 2017, claiming  that she held a “doctorate in feminist studies.” (“Performativity”?????)  Campus Reform checked with each of the four academic institutions in the United States that offer a PhD program in Feminist Studies,  and none could confirm that Helen Wilson had ever earned a PhD. Well, that’s interesting, and shows, as many have long claimed, that scientific journals do not vet their authors and articles as thoroughly as they should.

However, the larger issue is that any journal would publish a study by anyone, credentialed or not, that includes a sentence like, “Dog parks are microcosms where hegemonic masculinist norms governing queering behavior and compulsory heterosexuality can be observed in a cross-species environment.”  There are many such sentences in Wilson’s article.

5. It’s official: the social justice warriors and political correctness hacks masquerading as sportswriters are determined to punish every Major League baseball player who was an asshole on social media in high school. First Josh Hader, Milwaukee Brewers relief ace, had his All-Star Game honor marred by being labelled a racist and homophobe based on his dumb tweets when he was a minor. His sport sentenced him to have his brain washed, shrunk, and reprogrammed so no further personal opinions that vary from the One Great Truth will ever darken his neurons. In a highly predictable development, while Atlanta Braves starter Sean Newcomb was almost  pitching a no-hitter yesterday afternoon against the Dodgers, a Dodger fan went looking for Hader-like dirt on him.  Eureka! Some of Newcomb’s high school tweets were Hader-like, requiring Newcomb, instead of being able to answer questions about his near-masterpiece after the game, to spend time apologizing, denying that he was a racist and a bigot, and telling anyone who would listen that he would humbly submit to re-education too.

Now Trea Turner, the Washington Nationals’ young shortstop, has been fingered in the witch hunt, which this debacle unquestionably is. Last night someone who was mad at the Nationals’ crummy play or something posted old Turner tweets from 2011 and 2012 while he was playing ball at North Carolina State University.  If you’re interested, you can see them here, and if you’re interested, what the hell is the matter with you?  Turner had no choice but to apologize for his tweets, saying,

“There are no excuses for my insensitive and offensive language on Twitter. I am sincerely sorry for those tweets and apologize wholeheartedly,” Turner said. “I believe people who know me understand those regrettable actions do not reflect my values or who I am. But I understand the hurtful nature of such language and am sorry to have brought any negative light to the Nationals organization, myself or the game I love.”

Nationals general manager Mike Rizzo  also had to follow the MLB “It doesn’t matter when you wrote something offensive, we will treat it like you did it yesterday” rule, and said,

“I have spoken with Trea regarding the tweets that surfaced earlier tonight. He understands that his comments – regardless of when they were posted – are inexcusable and is taking full responsibility for his actions. The Nationals organization does not condone discrimination in any form, and his comments in no way reflect the values of our club. Trea has been a good teammate and model citizen in our clubhouse, and these comments are not indicative of how he has conducted himself while part of our team. He has apologized to me and to the organization for his comments.”

NBC Sports blogger Craig Calcaterra, whom I have officially lost all respect for as a result of his thought-police grandstanding on this issue, wrote, among other fatuous statements,

“A lot of young athletes — like a lot of young men — are basically idiots who lack empathy for marginalized people and thus feel it’s cool to use slurs and stuff like that so casually. Maybe we should ask ourselves why that’s the case and what we can do about that.”

That belongs in the biased, arrogant and thought-controlling social justice warrior Hall of Crap, not to put too fine a point on it. The reason, Craig, you pompous, censorious ass,  people feel able to make outrageous statements to their friends for the hell of it is that this is a country that once encouraged rather than punished free speech, and recognized that private speech was nobody’s business, and should not be captured and used as a weapon of personal destruction.

“What we can do about that?”

Trea Turner the latest player to have his ugly tweets uncovered