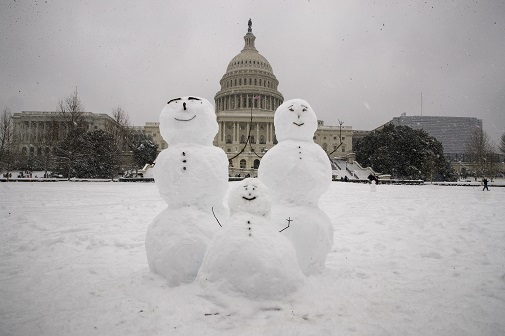 1. Pro tip for James Comey: appealing to the Cognitive Dissonance Scale is the tactic of a scoundrel. Also an idiot. Comey, responding to one of President Trump’s anti-Comey tweets—it doesn’t matter which–responded yesterday,

It takes only a rudimentary knowledge of world history to recognize how many absolute villains, psychopaths and sociopaths could and would make that statement. Vlad Tepes (aka “Dracula,”), feared foe of the Turks. Joseph Stalin, enemy of Hitler. Hitler, enemy of Stalin. Comey and President Trump are both equally loathed by Hillary Clinton: puzzle that out.

How did someone with Comey’s character deficits last as long as he did, and what damage did he do over that time that we don’t know about? The mind boggles.

2. And speaking of mind-boggling: Alexandria Ocasio-Cortez. Apparently not capable of figuring out that her problem is her own big mouth and some serious critical thinking issues, the irrepressible Congresswoman from New York is playing the pity AND the victim cards simultaneously. Unfortunately, as is her wont, she also inadvertently played the “unqualified to be in Congress because she never read the bill of Rights” card. “When does nonstop criticism of me by the Daily Caller rise to the level of ‘harassment’?” she tweeted plaintively.

Of course, as any reasonably well-educated 6th grader should be able to explain, the answer is “never,” or perhaps, “Never, you idiot,” even if the frequent criticism wasn’t warranted, which it obviously is.

3. Political Hot Stove suggestion. This is the time between baseball season known as the “Hot Stove League,” where baseball fans concentrate on free agent signings and trades, real, hoped for, or imagined. Here’s one involving politics: the Republicans should offer to trade Steve King (R-Iowa) to the Democrats for Rep. Ocasio-Cortez. The problem is that even the Democrats aren’t stupid enough to take the bait. King is a long-running disgrace and embarrassment, the embodiment of what the news media and Democrats want the public to think every Republican and conservative is really like.

In an interview with the New York Times published Thursday, King asked: “White nationalist, white supremacist, Western civilization — how did that language become offensive? Why did I sit in classes teaching me about the merits of our history and our civilization?” The fact that an elected  official anywhere from Congressman to town selectman could say that, hear what just came out of his mouth, and not recoil in horror while screaming: “That came out wrong! That’s not what I meant!! I don’t believe that, I swear!” is proof beyond a shadow of a doubt the speaker is a bigot and a fool. He is also a detriment and a pathogen in his party, which will be accused of racism and racist codes and “dog whistles”  for using the wrong tone of voice or expressing admiration for Winston Churchill.

King is also wrong. As Jonah Goldberg writes in the National Review,

“Among the best ideas and ideals of Western, Christian, and, most importantly, American civilization is that we are supposed to judge people on their individual merits, not keep score based on their ancestry. This vision was central to the creation of the Republican party, which is why it’s so dismaying that Representative King calls himself one.”

Bingo. Another good line from the article: “If there’s one thing King has not earned, it’s the benefit of the doubt. Even accounting for an IQ that seems to be in conflict with the idea that white people are superior, the man understands what he’s up to.”

What should be done about King? With the First Amendment under attack by Democrats, it is no time for the Republicans to try to expel him from Congress (I’m Democrats would go along). What they should do is kick him out of the Party. They can do that.

4.  Speaking of benefit of the doubt, the twin Get Trump newspapers of record, ironically the most respected papers in the country, both gave front page play to genuine news stories spun to cast suspicion on the President with no justification whatsoever. The Times revealed that The FBI undertook an investigation to determine whether he was a Manchurian Candidate, suggesting that this somehow suggests that he was, and the Washington Post reported the “bombshell” that Trump went to unusual lengths not to permit the content of his official meetings with Putin be known to others, implying that this suggested a sinister relationship between the two. Both stories were based on the presumption of guilt without evidence of guilt. Both stories framed the facts to undermine trust in the President, which is what the Times and the Post, along with CNN, the major news networks and most of the media has been attempting to do since the 2016 Post Election Ethics Train Wreck pulled out of the station. The FBI story only further proves the anti-Trump bias in a rogue law enforcement agency. The Post’s story about Trump’s Putin meetings tell me—but then, I’m not looking for reasons to impeach the President—that a President who didn’t trust his staff and “the Deep State” not to leak information to a hostile news media which would then use it to manufacture a new three-day “scandal” felt that the most valuable way to have a frank diplomatic conversation was to assure his adversary that he would be unusually discreet. I think this is probably wise. I also start withe presumption that Donald Trump, like every other President, is in office to do what he believes is in the best interests of the United States and its citizens.

18 thoughts on “Sunday Ethics Warm-Up, 1/13/19: Walking Through The Ethics Woods On A Snowy Evening”