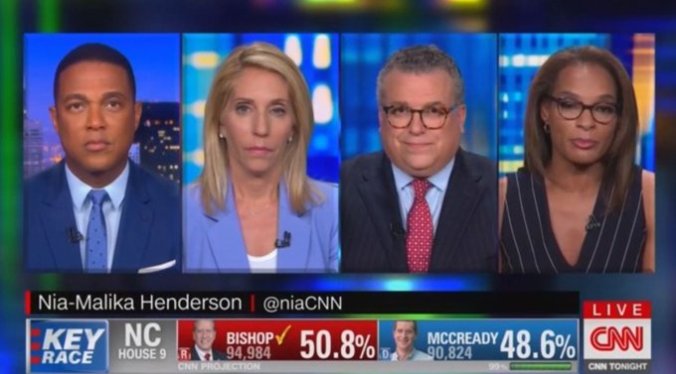 One aspect of broadcast journalism ethics that the Old Guard—Murrow, Cronkite, Brinkley, Huntley, Thomas and the rest— observed and respected was a neutral demeanor. They knew (and today’s hacks know as well, but with different results), that tone of delivery, body language and facial expressions can convey a journalist’s personal views and biases as clearly as a direct statement. Their practice, therefore, was to maintain a poker face and a matter-of-fact delivery. When Walter Cronkite brushed away a tear while announcing JFK’s death in 1963, it was considered newsworthy because Walter did not bring his own feelings into the news. The consensus was that hee could be forgiven this one time.

If that professional practice is taught in journalism classes any more, it is ignored. Now broadcast journalists and reporters deliberately use every tool at their disposal to signal to viewers what they think, and thus what the viewers should think as well. The election of Donald Trump represented a full-on, industry wide rejection of objectivity by the broadcast media, as many reporters allowed themselves to appear in mourning, or close to tears.  Unlike the assassination of JFK, however, this  was not an excusable exception, or, as we have learned, an exception at all.

Look at the faces of last night’s CNN panel reporting on what had been built up as a bellweather election in North Carolina that, should a Democrat have won, would be string sign that President Trump and Republicans were in trouble nationwide. Is there any doubt who they were rooting for?

This is not only unethical journalism, it’s incompetent journalism.

But that’s the way it is.