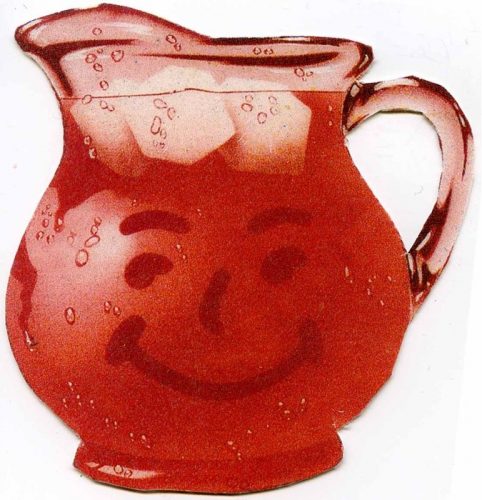 The prevailing attitude toward the growing and eventually irrefutable evidence that hostile forces within the FBI and the Justice Department were unethically,  illegally and unconstitutionally working behind the scenes to undermine the President and, if possible, have him removed from office was that this was just another right-wing conspiracy theory. That spin allowed the mainstream media to justify refusing to investigate the many smoking guns that were being uncovered,and to report on them using the familiar techniques it employs when it wants to protect its fellow Axis of Unthical Conduct allies, the Democrats and “the resistance.”

The illegal FISA  warrants to allow surveillance of the Trump campaign that a federal judge eventually ruled constituted both judicial and prosecutor misconduct were a small part of the ethics train wreck that was the Mueller investigation. When Ethics Alarms accurately described this breach of law and ethics, I was accused here of “drinking the Kool-Aid,” in a now familiar ploy by blinded or unscrupulous partisans to throw up metaphorical sand and dust, allowing wrongdoing to prevail. By their definition of the term, Prof. Jonathan Turley has mixed-up another delicious pitcher of the beverage. Yum!

Let me interject here what a continuing Ethics Hero Turley is. Almost alone among law professors, scholars and academics, he has been willing to call out ethical misconduct throughout the Trump Administration years thus far without consideration of who benefits or whose political fortunes the truth might harm. For this, progressives have regularly denigrated as a traitor to the cause, the cause being “Get Trump.”  Turley is a Democrat and an old fashioned liberal—you know, the kind that had integrity—but never flinches when it is time to call out the Left on its increasingly unconscionable conduct.

Now the Constitutional Law expert has turned his legal analysis skills on the developing Michael Flynn story. His unequivocal conclusion: “The Flynn Case Should Be Dismissed In The Name Of Justice.”

This is unusually direct for Turley; I have sometimes criticized him for excessive professorial equivocation. Not this time, however.

Read his whole essay, which is as clear and unbiased an explanation of what was done to Flynn, and why, as you are likely to find. (Like some other law school-employed bloggers, like Ann Althouse, William Jacobson and Paul Caron,  Turley is a more trustworthy journalist than most journalists.)

There has been a concerted effort by media and legal experts to shrug away these highly disturbing documents by saying that such abuses happen all the time.  Journalist Ben Wittes, one of James Comey’s most vocal defenders, went even seemed to make such abuse of Flynn into a victory for racial justice:

“If you’re outraged by the FBI’s tactics with Flynn, keep in mind that they do these things every day against drug dealers, gang members, and terrorists. Except those people are black, Hispanic, and Middle Eastern—not “lock ‘er up” lily white.”

Many of us have spent our careers fighting such abuses for people who are not “lily white.”  That does not excuse abuses of people There was a time when MSNBC, CNN, the Washington Post and other outlets were voices against such prosecutorial abuse. However, in this age of rage, even this record is dismissed as “routine” to avoid undermining a crushingly consistent narrative that the Russian investigation was based on real crimes, albeit collateral crimes.  The “nothing to see here” coverage sacrifices both legal and journalistic values to to maintain a transparently biased narrative.

The jaw-dropping quote from Wittes triggers another example of Turley being too gentlemanly. The quote is signature significance for someone who has no ethical compass at all, and for whom racial advocacy has distorted all rational consideration of right and wrong.

These new documents further undermine the view of both the legitimacy and motivations of those investigations under former FBI director James Comey. For all of those who have long seen a concerted effort within the Justice Department to target the Trump administration, the fragments will read like a Dead Sea Scrolls version of a “deep state” conspiracy.

This is just a bit more to add to the towering pile of evidence of what a sinister, destructive force James Comey was, and how hilarious was the claim that the President firing him was an “obstruction of justice.” It doesn’t matter why Comey was fired…he could have been fired because Trump didn’t like his ties. Removal of this blight on the FBI was in the interests of justice no matter what triggered it.

The new documents also explore how the Justice Department could get Flynn to admit breaking the Logan Act, a law that dates back to from 1799 which makes it a crime for a citizen to intervene in disputes between the United States and foreign governments. It has never been used to convict a citizen and is widely viewed as flagrantly unconstitutional. In his role as the national security adviser to the president elect, there was nothing illegal in Flynn meeting with Kislyak. To use this abusive law here was utterly absurd, although other figures such as former acting Attorney General Sally Yates also raised it. Nevertheless, the FBI had latched onto this abusive law to target the retired Army lieutenant general.

Ah, yes: the Logan Act, previously violated, and flagrantly too, by such worthies as Jimmy Carter, Jesse Jackson, John Kerry, and Dennis Rodman, among others.

Another newly released document is an email from former FBI lawyer Lisa Page to former FBI special agent Peter Strzok, who played the leadership role in targeting Flynn. In the email, Page suggests that Flynn could be set up by making a passing reference to a federal law that criminalizes lies to federal investigators. She suggested to Strzok that “it would be an easy way to just casually slip that in.” So this effort was not about protecting national security or learning critical intelligence. It was about bagging Flynn for the case in the legal version of a canned trophy hunt.

As the Supreme Court made clear in 1932, “universal sense of justice” is a stake in such cases. It is the “duty of the court to stop the prosecution in the interest of the government itself to protect it from the illegal conduct of its officers and to preserve the purity of its courts.”

Flynn was a useful tool for everyone and everything but justice. Mueller had ignored the view of the investigators and coerced Flynn to plead to a crime he did not commit to gain damaging testimony against Trump and his associates that Flynn did not have. The media covered Flynn to report the flawed theory of Russia collusion and to foster the view that some sort of criminal conspiracy was being uncovered by Mueller. Even the federal judge used Flynn to rail against what he saw as a treasonous plot. What is left in the wake of the prosecution is an utter travesty of justice.

That’s enough. As I say, read the whole thing. Many people should go to prison because of this, and many lawyers should lose their licenses, They almost certainly won’t, in great part because the confused American public will be told, in many forums, that it’s all just “Kool-Aid.”