Bulgaria has a holiday called “July Morning” that celebrates freedom, friendship, and love of life.

1. I cannot believe this doesn’t alienate more people than it pleases. I watched the Red Sox-Orioles game last night to open the Strangest Baseball Season Ever in Boston, and would have enjoyed it completely ( the Sox won 13-2) had I not had to constantly avert my eyes from the Red Sox management’s ostentatious virtue signaling, if you can call it that, since pandering to Black Lives Matter is far from virtuous.

Not only was the special BLM MLB logo at the back of the pitcher’s mound (BLM MLB is a palindrome!), but the full Black Lives Matter name was emblazoned on a banner, about 250 feet long, across the empty bleachers.

I’d love to know how many Red Sox executives, or if any of them, actually know what the “movement” the team is pimping for intends. My guess is that the decision to promote BLM was a cynical go along to get along decision that had nothing to do with substance, but rather was made in fear and expediency.

2. On the Fox News harassment accuser. The sexual harassment lawsuit filed against Tucker Carlson by Cathy Areu now appears to have fatal flaws.

During a December 2018 appearance on Carlson’s Fox New show, she alleged she was kept on set by a tech crew so that Carlson could invite her to a hotel room where he was staying that night without his family.  Investigative reporting  for The Spectator, however, discovered that  Carlson did not host his program on the date upon which Areu claimed the harassment took place. Other details in Areu’s accusations did not check out.

According to the article, Areu’s lawyers admitted that errors were made in their filings. “They couldn’t even get their basic facts straight,” the piece’s writer says, noting that there were  “so many inconsistencies” in their claim, the firm “finally had to admit that they got [dates and crucial details] wrong.”

That sounds like malpractice, and possibly a sanctionable ethics violation. It also tends to confirm suspicions that this was a political hit on Carlson. Meanwhile, as an ethicist, I would caution any lawyer to be especially wary when a potential client looks like Areu… 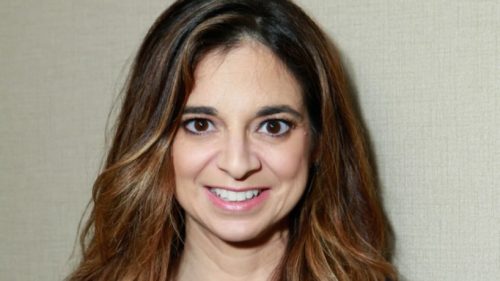 I see a lot of horror movies, and that look reminds me of more than a couple.

3.  Not quite “the rest of the story”: Nick Sandmann’s $250, 000,000 libel suit against the Washington Post has been settled, and his lawyers will proceed with his other defamation suits against  media outlets—the Times, ABC, NBC, CBS, and Rolling Stone, that, like the Post, falsely reported that the Catholic school student had harassed a Native American man at the Lincoln Memorial when in fact the opposite was the case. (CNN has already settled,)  Sandmann and the other eight boys slimed after the incident also have lawsuits pending against  Sen. Elizabeth Warren and Rep. Deb Haaland, CNN’s Ana Navarro, the New York Times’ Maggie Haberman, ABC News’s Matthew Dowd, ex-CNN personalities Kathy Griffin and Reza Aslan, Kentucky entrepreneur Adam Edelen, Princeton University’s Kevin Kruse, left-wing activist Shaun King, Mother Jones editor-in-chief Clara Jeffery, and Rewire editor-in-chief Jodi Jacobson.

This was one of the more striking smoking gun examples of the left-wing news media’s crippling bias and incompetence. Ethics Alarms had a lot of commentary on the episode.

Originally I thought that the suits had no chance—that First Amendment thingy—but there was apparently sufficient evidence of actual malice and egregious negligence on the Post’s part that the usual “Ooopsie!” defense was looking vulnerable.

4. Using the House of Representatives for trolling is unethical… Conservatives are chuckling at Texas GOP Rep. Louie Gohmert introducing a resolution on the House floor calling on the House to remove the Democrat Party for historically supporting slavery and the Confederate States of America.

5. .Also for pissing matches. Yet, for some reason,  Americans distrust Congress! Gohmert’s stunt preceded the contretemps yesterday between Democratic Representative, socialist and whack-job Ocasio-Cortez and GOP Rep. Ted Yoho, who apparently called her “disgusting,” “out of your freaking mind,” and a “fucking bitch” on the steps of the Capitol in front of reporters.

Yoho (Why isn’t a pirate’s life for him?) then delivered an embarrassing non-apology apology on the floor of the House, prompting AOC to deliver a speech of her own, ringingly condemning men who verbally abuse  women, as she said in part,

““You can have daughters and accost women without remorse, You can … project an image to the world of being a family man and accost women without remorse and with a sense of impunity. It happens every day in this country….I am someone’s daughter, too,My father, thankfully, is not alive to see how Mr. Yoho treated his daughter. My mother got to see Mr. Yoho’s disrespect on the floor of this House on television. And I am here because I have to show my parents that I am their daughter and that they didn’t raise me to accept abuse from men…Clearly, when given the opportunity, he will not, and I will not stay up late at night waiting for an apology from a man who has no remorse over calling women and using abusive language toward women.”

Well-played! Naturally, her speech was hailed by feminists and journalists. Yoho should be reprimanded, and his own party should take the initiative in seeing that he is. But kudos to Ann Althouse in flagging the double standard and hypocrisy as Ocasio-Cortez played victim.

“[Yoho]  was just doing equality, and behind the scenes this is how the men talk to other men, using strong language, Althouse wrote, “His apology was sexist.”

From a female Althouse commenter:

Fuck her. She calls Trump supporters Racists and Homophobes, and she is pissed that she got called out for the bitch that she is??? Wahhhhhh!!! Little girl needs to grow up.

8 thoughts on “Saturday Ethics Warm-Up, 7/25/2020: The Congressional Playpen And Other Embarrassments”