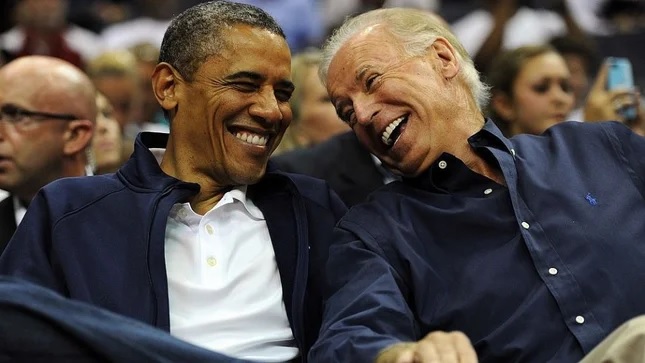 “The Obama administration and the FBI knew that it was they who were meddling in a presidential campaign — using executive intelligence powers to monitor the president’s political opposition. This, they also knew, would rightly be regarded as a scandalous abuse of power if it ever became public. There was no rational or good-faith evidentiary basis to believe that Trump was in a criminal conspiracy with the Kremlin or that he’d had any role in Russian intelligence’s suspected hacking of Democratic Party email accounts…To believe Trump was unfit for the presidency on temperamental or policy grounds was a perfectly reasonable position for Obama officials to take — though an irrelevant one, since it’s up to the voters to decide who is suitable. But to claim to suspect that Trump was in a cyberespionage conspiracy with the Kremlin was inane . . . except as a subterfuge to conduct political spying, which Obama officials well knew was an abuse of power. So they concealed it.”

McCarthy isn’t just giving an opinion here; he’s analyzing evidence as the skilled prosecutor he is. As McCarthy explains, he’s basing his conclusion on recently unclassified documents, and they are incriminating.

But this much we know: In the stretch run of the 2016 campaign, President Obama authorized his administration’s investigative agencies to monitor his party’s opponent in the presidential election, on the pretext that Donald Trump was a clandestine agent of Russia. Realizing this was a gravely serious allegation for which there was laughably insufficient predication, administration officials kept Trump’s name off the investigative files. That way, they could deny that they were doing what they did. Then they did it . . . and denied it.

The information McCarthy relies upon and its clear implications create integrity tests, or will very soon, for many individuals and institutions. Prime among them is the news media. It was a an accessory to this scandal, beyond any doubt, but at some point journalists will have to make a choice, and it is inevitable that some will break ranks.

Pundits like the reliably corrupt Dana Milbank (of the Post), Don Lemon and Rachel Maddow can be relied upon to spin and obfiscate rather than admit that the hated Orange Man was the victim of a conspiracy to cripple, if not end, his Presidency in defiance of the will of the voters. Those three, and many more, will breach all professional standards and sense of fairness and decency to protect Barack Obama, particularly when black skin is a a shield against criticism and accountability. But again, we should pay attention to who breaks ranks. There is an opportunity there for a writer who wants to earn the public’s trust.

Congressional Democrats can be expected to close ranks; they have no integrity. I will be shocked if any of them dare to emulate Joe Lieberman, who  at least had the principles to  state the obvious about Bill Clinton’s lies about Monica under oath and his workplace misconduct with an intern: “It was wrong.” Think about it: no current Democrat will be willing to issue that verdict on efforts by a sitting President to sabotage a candidate for the office, and then an elected President. They will not be able to do it.

McCarthy also points a finger of blame  at Republican leaders, whose loyalty to Trump was so thin, and whose dislike of him was so great, that they made no effort to resist what increasingly appears to be a Democratic conspiracy. “On cue, Washington Republicans genuflected, lest they be portrayed as covering up for Trump, or as soft on Putin,” writes McCarthy. Will the GOP pursue justice and accountability as it should?

Of course, this presents yet another integrity test for Ethics Alarms exiles from the left of the political spectrum. This blog recognized what was going on in general , if not all its specifics: hence the stuffed 2016 Post Election Ethics Train Wreck, still crazy after all these years. I knew the FBI and the deep state ein the Justice Department were part of the plot, as well as the Clinton campaign. I did not suspect that Barack Obama himself was involved until recently—Biden too, of course. That was my confirmation bias: much as I believe Obama was a destructive and wrongfully admired POTUS, I do not want to think holders of the highest office in the land actively work to pervert democracy.

Finally, this is one more opportunity for your Facebook friends and others among the Deranged to admit that  Trump’s presidency has been under unconstitutional attack. I don’t have much hope for them, either. For all the abuse Trump has taken for joking that his supporters would vote for him if he shot someone in Times Square, the “resistance” stalwarts will support Biden and Obama even with evidence that they engaged in Watergate-level abuse of power.

That, in my opinion, is worse than shooting someone in Times Square, After all, the latter only kills one citizen. What Nixon, Obama and Biden did can kill a nation.

3 thoughts on “Ethics Quote Of The Month: Andrew McCarthy, And The Integrity Test It Presents”