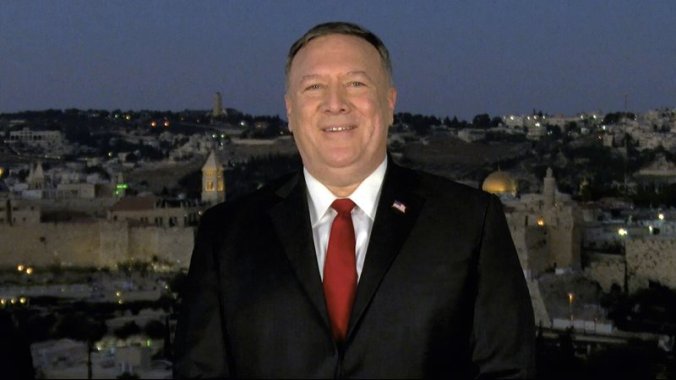 I have been asked this by a couple of friends, all resolute Trump Deranged, card-carrying, “I’d vote forJoe Biden if he shot someone in Times Square while sexually harassing a teenage girl, wearing a duck on his head and screaming, ‘I am Captain Midnight!'” Democrats. It shouldn’t matter, and indeed doesn’t change my answers, that they are the ones asking the question: it’s a valid question.

But it’s also like the “Trump Lies” issue. Ethics estoppel kicks in. I don’t care to hear outrage over Trump’s various torturing of facts from the same people who smile and applaud while Michelle Obama and others repeat the “fine people” lie at the Democratic National Convention, or the Bizarro World accusation that the President is responsible for the riots. These hypocrites don’t care about political dishonesty except  when it is being wielded by an adversary, and they are really trying to recruit me in their partisan efforts as an “appeal to authority.”

My macro reply to the Republican National Convention’s various dents, nicks, sideswipes and out-right trampling of ethics rules and principles is this:

“Many of the decisions regarding the content of the Convention were made in defiance of law, regulations and tradition. This was unethical. The President of the United States should not be unethical, and being so flamboyantly unethical undermines the culture.”

However, there is a lot more to consider.

A. The Hatch Act violations.

The Hatch Act of 1939, An Act to Prevent Pernicious Political Activities,  prohibits civil service employees in the executive branch of the federal government except the President and Vice President, from engaging in public political activity in their official capacities. In 1993,   the Hatch Act Reform Amendments of 1993 removed the prohibition on participation in “political management or political campaigns.” Federal employees were still forbidden from using their authority to affect the results of an election, from running  for office in an election, from soliciting soliciting or receiving political contributions, or engaging in political activities while on duty or on federal property.  Then President  Obama signed the Hatch Act Modernization Act of 2012, a month after being reelected.  It modified penalties under the Hatch Act as well as other changes.

There is no question that the GOP convention featured numerous examples of federal employees openly violating the Act, though there are, in some cases, technical defenses that could be offered. The worst offense, beyond question, was the speech by Secretary of State Mike Pompeo. Not only is he governed by the Hatch Act, he became the first individual in his position to appear at a convention in a political role. Professor Turley analyzes Pompeo’s conduct in detail, and notes in part,

[I]n my view, it was wrong and likely a violation of rules set out by the State Department itself.  The consistent refusal of past secretaries to appear, let along speak, at national political convention is meant to protect the legitimacy and integrity of our national diplomacy abroad.  Our diplomats speak for the nation as a whole and this undermined that worthy tradition.

The State Department itself declares such a speech to be a violation, including memoranda signed by Pompeo. On Feb. 18, 2020, Deputy Secretary of State Stephen Biegun sent State Department employees an email repeating the limitations on the political activity of U.S. diplomats and other State staffers.  He stated “Senate-confirmed Presidential appointees may not even attend a political party convention or convention-related event.” That view is repeated in other memos.

…The rules are even stricter when an employee is abroad, as was Pompeo.  In July, Pompeo’ sent out a memo reaffirming these clear rules for all employees working in diplomatic and consular posts.

Mark Meadows, President Trump’s Chief of Staff, despicably deflected the legitimate  complaints about the Hatch Act breaches by saying that while of course no one should violate federal law, ”Nobody outside of the Beltway really cares.” He may well be right, but that is a terrible attitude for anyone representing the White House or any elected official toward our laws. The government is supposed to care, indeed duty bound to care. The President is obligated to care. Most Americans don’t “care” about the Bill of Rights either, since few of them could name five amendments and what they mean with a cocked gun to their heads. That’s not a valid or ethical standard for whether a law should be enforced.

I feel compelled to add, however, that Democrats and the worshipers of Barack Obama did not “care” that his administration also stomped on the Hatch Act when it served its purposes. For Obama also had cabinet members speak at the Democratic National Convention in 2012, when he ran for his final term, including Health and Human Services Secretary Kathleen Sebelius, Secretary of the Interior Ken Salazar, Secretary of Agriculture Tom Vilsack, and Secretary of Education Arne Duncan. I wasn’t asked about the ethics of that convention by my friends, because they didn’t “care.”

Later in that same year the Office of Special Counsel found that Sebelius violated the Hatch Actfor by saying that it was “imperative” to reelect President Obama at another event, and that Obama’s HUD Secretary Julián Castro violated the Acby praising Hillary Clinton during a 2016 interview.  Talk about “violating norms”: Barack Obama shattered this one when he was facing a tough road to re-election, and Democrats and the mainstream media didn’t blink. As we know, Donald Trump is not one to say, “Well, that was just wrong, and our administration will not break Federal law for political advantage, even the Democrats did when their President was running for re-election.”

And that’s why shattering norms matters, and also why Trump-haters complaining about the Hatch Act get little sympathy from me.

I think the Hatch Act is a bad law, but it is a law, and laws should be enforced, or repealed. Since no party is in favor of enforcing the law when its own members violate it, and it is now openly breached by whichever party is in teh White House, it should be ditched. I  have always tended toward the liberal dissenters on the Supreme Court when the law was challenged as an abridgement of free speech. Liberal icon William O. Douglas wrote: “It is no concern of government what an employee does in his or her spare time, whether religion, recreation, social work or politics is his hobby, unless what he or she does impairs efficiency or other facets of the merits of his job.” Since no one is going to enforce the damn thing, that’s as good a reason to eliminate it as any.

That wasn’t the only ethics controversy at the GOP convention. I’ll discuss the others in Parts 2 and 3

3 thoughts on “From The Ethics Alarms Mailbag: “What’s Your Reaction To Various Ethics Controversies, Including The Use Of The White House, During The Republican National Convention?” (Part I: The Hatch Act))”