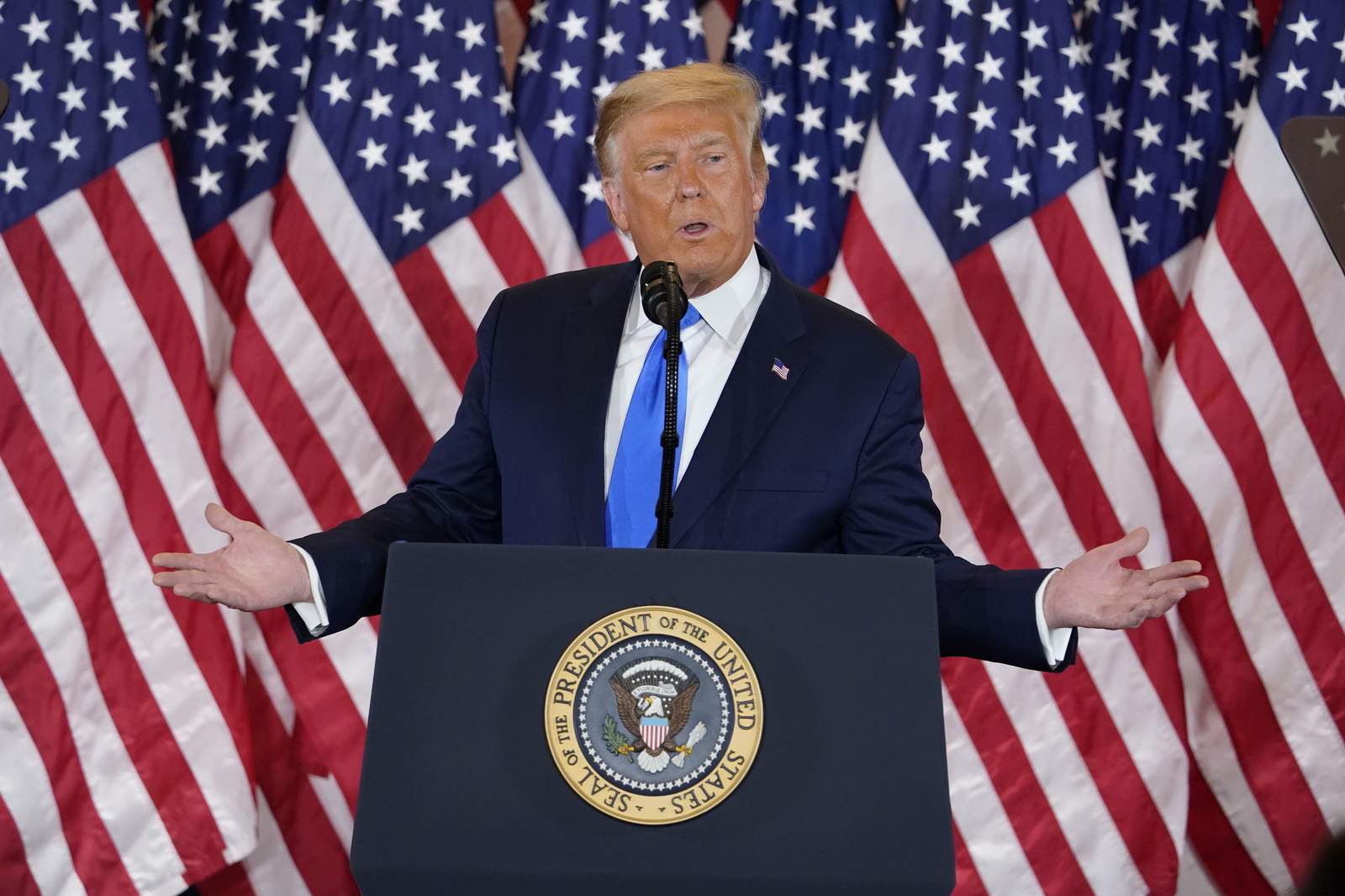 The transcript is here.

1. This was pretty close to Donald Trump at his worst, if we don’t count episodes like his performing mocking imitations of journalists or insulting women’s appearances. It was also predictable. Even as bad as it was, I would rate the press conference as superior to Richard Nixon’s infamous concession speech when he lost his attempt to become Governor of California in 1962 (“You won’t have Richard Nixon to kick around anymore…”). There was no self-pity in Trump’s rant, just anger and indignation. Anger and indignation are appropriate and justified in this case.

2. He should not have given the press conference at all. Some Presidents could under these circumstances; this one can’t, and he should know that. All he could do is stir up division, or worse. Trump has no ethical bearings, so he feels (I’m sure) that since Hillary Clinton and the Democrats worked to undermine the legitimacy of his election in 2016, he is justified in doing the same to Biden. That’s not ethical, but that is how he thinks. So do a majority of Americans.

3. If you look only at the broad message Trump was conveying, it’s not wrong. The election was held under unfair conditions, and his re-election bid was undermined by many factors beyond his control. Since the President communicates in stream of consciousness short-cuts and verbal atrocities, I long ago decided to ignore the details of what he says, since I know he only believes them for the approximate seconds between when a thought pops into his head and when it comes out of his mouth.

4. If you look instead at the details, they are all over the place—exaggerations, misstatements, broad over-generalized assertions, falsehoods—you know, the usual. Factcheckers have had a party, which, as we have seen repeatedly, allows the news media to ignore anything legitimate and important in the President’s remarks. This is Trump’s fault as much as theirs, maybe more than theirs. There is a time to be careful in one’s words, or, if one cannot muster the self-control, to shut up. This was one of those times. However, President Trump has a flat learning curve.

5. One obvious falsehood was his statement that the election machinery in all of the unsettled states is run by Democrats, Georgia being the most immediate and glaring example where this is not the case. It is irresponsible for the President to mislead the public like that, intentionally or not (I bet the President believed what he said when he said it). But it is also true that Democrats have manipulated vote counts in states they did not run, when they were in charge of a crucial county. We all saw this during the Florida recount in 2000, and that state had the Republican Presidential candidate’s brother as its governor. Again, the President’s broad message—it looks like Democrats are manipulating the vote counts—was and is not unreasonable, though he should not be the one making that accusation.

6. This section was excellent:

Unfortunately, it was sandwiched between a mess of rumors, unsubstantiated claims, and typical Trumpian hyperbole, as when he said that he would win “easily” if only legal votes were counted.

7. Both parties and their leaders have been disgraceful in their suggestions that the election would be “stolen” if the opposition prevails. The Democrats like to frame this under their catch-all of voter suppression. (Again, I direct readers to Andrew McCarthy’s piece in The National Review.) President Trump, however, cannot ethically stoop to “Everybody does it” or other rationalizations. He is President. He must not say the election is, has been or will be “stolen,” until or unless there is definitive  proof that he would have won had not the voting been tampered with. The same is true of using the term “rigged.”

8. The truth is that the Left’s four year effort to use lies, fear, hate, Congressional abuses of power, rumor-mongering, character assassination and distortions, fake news and open bias by the news media and social media to undermine this President and get him out of office finally worked, barely, and at a terrible price. It would be nice if Donald Trump possessed the rhetorical skills to explain what happened in an articulate, clear, convincing way, but he does not. Thus we get disorganized rants with meat-axe words like “stolen” instead.

9. Three networks cut coverage of the President’s news conference on the theory that he was “spreading misinformation.” If the President is holding a news conference and says he will explain why he is the Princess Anastasia, it is still news. This is unethical journalism, partisan bias, and indefensible.

10. At the end, we hear reporters’ voices asking, “Why are you undercutting this process, sir?” and  “Are you being a sore loser?” The first is a “When did you stop beating your wife?” question, and the second is an accusation framed as a question.