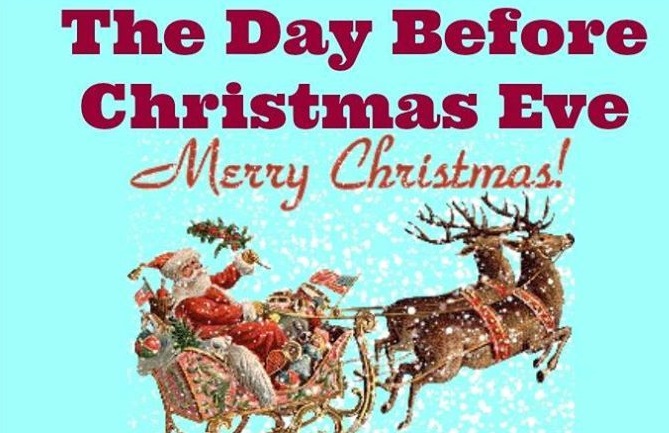 1. President Trump says will veto the so-called “stimulus bill.” He should. A nice, articulate Presidential veto statement about what’s wrong with a pork-loaded goody bag that will increase the National Debt even deeper into the red zone would be nice, but he hasn’t come up with more than a couple a nice, articulate statements in four years, so I rate the likelihood as slim.

But there is no downside at all of a Trump veto, even if Mitch McConnell gets the Senate to over-ride it. As Ethics Alarms commenter Humble Talent pointed out two days ago, the thing is a monstrosity and wildly irresponsible, never mind that virtually none of the elected representatives who voted for it knew what they were voting for.

Meanwhile, let’s give an Ethics Hero call-out to Rand Paul, who anyone could have predicted would have a head explosion over this bill, and he did not disappoint. Senator Paul excoriated his fellow Republican senators who voted for the multitrillion-dollar relief package and omnibus spending bills, saying that they abandoned their “soul” and their “fiscal integrity” for political expediency. Paul called the bill an example of the fantasy that “government can spend whatever it wants without the need to tax.” How can anyone seriously dispute his logic when he said,

In addition to Paul, only Republicans Rick Scott (FL), Marsha Blackburn (TN), Mike Lee (UT), Ron Johnson (WI) and Ted Cruz (TX) had the courage and integrity to vote “NO.”

Yahoo News, incidentally, really and truly has a story up titled, “Did Congress get it right with the new coronavirus stimulus?” It really does. Note that it doesn’t begin to cover all the junk that’s stuffed in the bill, because the reporter obviously hasn’t read the whole bill either.

2. Speaking of the Senate and “believe all women”/ “believe all victims”/ “believe all female victims who accuse Republicans” or whatever the current approved slogan is, the ex-wife of Georgia Democratic Senate candidate Raphael Warnock accused him of running over her foot with his car as she tried to stop him from driving off with their kids last March. In body cam video, Ouleye Warnock is seen telling a responding officer,

OULEYE: This man is running for the United States Senate, and all he cares about right now is his reputation. I work at the mayor’s office, and this is a big problem.

OULEYE: I’ve been trying to be very quiet about the way he is for the sake of my kids and his reputation. …I’ve tried to keep the way that he acts under wraps for a long time, and today he crossed the line. So, that is what is going on here. And he’s a great actor. He is phenomenal at putting on a really good show.

Of course, in the mainstream media doesn’t cover the incident, it will be the proverbial pre-election tree falling in the forest…

3. Who can you trust? You may have seen those ads for Robinhood, a fast-growing financial app (take from the rich, give to the poor, get it?), claiming it makes stock investing fun and free. Last week, the Securities and Exchange Commission said that Robinhood had misled its customers about how it was paid by Wall Street firms for passing along customer trades and that the start-up had made money at the expense of its unsophisticated customers. Robinhood agreed to pay a $65 million fine to settle the charges, without admitting or denying guilt.

4. Now THIS was the epitome of making an example of someone. My WWII vet father greatly admired General Eisenhower and detested deserters, but he explained his opinion on why Private Eddie Slovik, whose execution by firing squad was approved by Ike on this day in 1944 was unjust.

Private Eddie Slovik was a draftee. Originally classified 4-F because of a prison record (grand theft auto), he was bumped up to a 1-A classification when draft standards were lowered to meet growing personnel needs. In January 1944, he was trained to be a rifleman, which was not to his liking, as he hated guns

In August of the same year, Slovik was shipped to France to fight with the 28th Infantry Division, which had already suffered massive casualties in the fighting there and in Germany. Slovik was a replacement, a class of soldier not particular respected by officers. As he and a companion were on the way to the front lines, they became lost in the chaos of battle, only to stumble upon a Canadian unit that took them

Slovik stayed on with the Canadians until October 5, when they turned him and his buddy over to the American military police, who reunited them with the 28th Division, now in Elsenborn, Belgium. No charges were brought; replacements getting lost early on in their tours of duty were not unusual. But exactly one day after Slovik returned to his unit, he claimed he was “too scared and too nervous” to be a rifleman and threatened to run away if forced into combat

His admission was ignored—and Slovik took off. One day after that he returned, and Slovik signed a confession of desertion, claiming he would run away again if forced to fight, and submitted it to an officer of the 28th. The officer advised Slovik to take the confession back, as the consequences would be serious. Slovik refused, and he was confined to the stockade

The 28th Division had seen many cases of soldiers wounding themselves or deserting in the hopes of a prison sentence that would at least protect them from the perils of combat. So a legal officer of the 28th offered Slovik a deal: Dive into combat immediately and avoid the court-martial. Slovik refused. He was tried on November 11 for desertion and was convicted in less than two hours. The nine-officer court martial panel passed a unanimous sentence: execution—“to be shot to death with musketry

Slovik’s appeal failed. It was held that he “directly challenged the authority” of the United States and that “future discipline depends upon a resolute reply to this challenge.” Slovik was to pay for his recalcitrant attitude—and he was to be made an example

Slovik was shot to death by a 12-man firing squad in eastern France in January of 1945.