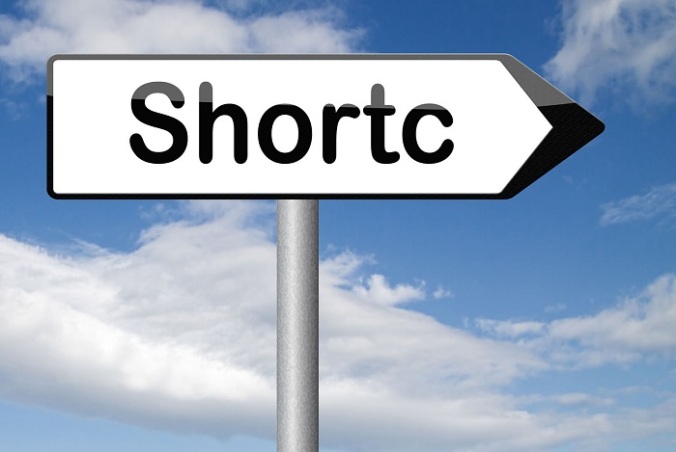 Would you guess that I had to look at hundreds of “shortcut” graphics before I found a single one that didn’t relate to computers?

This is a dull date in ethics history. One event worthy of ethics note is the so-called “Dean Scream,” when in 2004, Democratic presidential hopeful Howard Dean ad-libbed a shriek at the end of a enthusiastic pledge to keep fighting all the way to the convention. He had just finished third in the Iowa Caucuses despite being the supposed front-runner for the nomination according to many prognosticators. But all anyone remembered after that January 19 night was the scream, which was played on loops on talk radio and opened Dean up to merciless ridicule. It was very unfair to Dean, of course, but a preview of what was to come in 21st Century politics, where sound bite mockery overwhelmed substantive argument.  Dean was an unqualified, mean-spirited, radical jerk, as he has proven repeatedly since; those qualities should have ended his career in electoral politics, not a momentarily loss of vocal control. This is no way to run a democracy.

I know a foolish consistency is the hobgoblin of little minds, but I was curious about whether I felt the same way about the “Dean Scream” when it occurred. So I checked the Ethics Scoreboard, the Ethics Alarm predecessor that operated from 2004 to 2009, and..I did! In 2006, I included this in a longer post about flaming laptops:

Global circulation of bad moments captured on video, audio, or e-mail may not be ethical when it serves no purpose other than to embarrass someone for amusement or to score cheap political points. The Scoreboard has noted such examples as the sleeping cable repairman, Michael Moore’s gleeful use of footage in “Fahrenheit 911” that showed the former Deputy Secretary of Defense Paul Wolfowitz licking his comb, and the media’s malicious use of the “Dean scream” tape to make Howard Dean look like a lunatic, effectively sinking his presidential bid. Taking an insensitive or uncivil personal e-mail from another and sending it on a world wide tour to humiliate the writer is similarly unethical.

The fact that the nation was fortunate to be rid of Dean (he did later serve as the DNC Chair) is just moral luck.

1. Bias not only makes you stupid, it makes you unqualified to run the FCC. If the President is serious about seeking unity and bipartisanship, why does he keep nominating proto-single-party ideologues like this? His nominee for commissioner of the Federal Communications Commission has repeatedly tweeted her belief that Fox New is a “threat to democracy,” the current code for “dares to oppose progressive policies.” Gigi Sohn was announced as Biden’s FCC nominee in October, and was hyped as  “one of the nation’s leading public advocates for open, affordable, and democratic communications networks.” When she was not confirmed in 2021, Biden re-nominated Sohn this month. The nomination is, as they say, DOA, and should be. In one 2019 tweet, Sohn said,

“I agree that scrutiny of big tech is essential, as is scrutiny of big telecom, cable & media. And trust me, the latter have played their own role in destroying democracy & electing autocrats. Like, say, Fox News?”

One year later, when another Twitterer complained about social media censoring  posts about the Hunter Biden laptop story, Sohn replied: “So do you still want me to believe that social media is more dangerous to our democracy than Fox News?”

Without Fox News, for all its own biases, crudeness and excesses, broadcast news would be unanimous and relentless progressive and Democratic Party propaganda….and that is just what the Biden Administration wants, apparently. Sohn’s nomination goes right onto the Ethics Alarms list of brazen ways Democrats are attempting to gut democracy while accusing Donald Trump, conservatives and Republicans of threatening it.

2. Sometimes??? Jonathan Chait has a long and overwhelmingly negative rap sheet on Ethics Alarms, but he recently authored a post that bravely countered the prevailing progressive narrative, which I will discuss in a later post. But its title! “Progressives Still Haven’t Reckoned With It. Sometimes you need to own up to an error so it’s not repeated.”

I think the word you’re looking for, Jonathan, is “always” …which means you have a lot of backtracking to do.

3. CNN shouldn’t have to fire Jeffrey Toobin because he..well, you know...as he should have been fired for being a lousy legal analyst anyway. CNN just doesn’t care about competence and trustworthiness; Chris Cuomo, Don Lemon and Brian Stelter prove that. None of these dishonest and biased “journalists” should be working in the field; at least Cuomo was canned for other reasons.  The hack news network’s “legal analyst,” Jeffrey Toobin, has always been a font of bias and poor legal theorizing, and he was again recently when he suggested via Twitter that President Biden might appoint–get this—Kamala Harris to the U.S. Supreme Court should the opportunity arise. This wacko theory has surfaced in various places as a way for Democrats to rid themselves of Harris without arousing the ire of the “she’s a woman and blackish, so if you don’t support her, you’re a sexist and a racist!” segment of its base. So they should put her on the Supreme Court, so she can louse up the law for decades while embarrassing women and blacks with her opinions! Good plan!

Even Biden isn’t so far gone as to do something this crazy. Progressives should want a brilliant jurist arguing for their ideas on the court not…Harris. She is wildly unqualified, and as when Richard Nixon appointed Harold Carswell and was rebuffed, there are some depths to which even loyal party members won’t stoop. I would be shocked if some Democrats didn’t balk at putting Kamala on the Court. But even if we assume—hear comes “arguendo” again!—that Harris could persuade all Democrats in the Senate to embarrass themselves and support her, the Senate is tied with 50 Democrats and 50 Republican Senators. Harris, as the President of the Senate, breaks ties, and there is a legal question about whether she could still do that when her own advancement was the issue. Let’s say she could: once she joined the Court, the vacancy in the vice presidency would mean the Democrats would no longer have a Senate majority. The 25th Amendment allows Presidents to nominate a replacement  “who shall take office upon confirmation by a majority vote of both Houses of Congress.” Yet without a majority of Democrats, Biden’s nomination for VP might fail, leaving the Vice-Presidency vacant, Nancy Pelosi as the back-up to a fading Biden, and no more Senate control for the Democrats.

All of which makes the idea highly unlikely, and all of which should have been explained in detail to CNN’s audience by a responsible legal analyst.

4. How many people died as a side effect of Trump Derangement? A newly released study from Brazil of over 150,000 subjects found that regular prophylactic use of ivermectin “was associated with significantly reduced COVID-19 infection, hospitalization, and mortality rates….”

You remenber ivermectin, don’t you? That was the drug that President Trump suggested was a promising pandemic aid, and the news media and the health establishment fell all over themselves mocking and condemning him, while pooh-poohing the idea that ivermectin had any benefits whatsoever. This despite various pockets of evidence that the drug was worth exploring as a way to lessen the severity of infections.

5. Back to the Supreme Court...In Shurtleff v. City of Boston, the issue is whether the city was infringing on Free Speech when it refused to let a private group raise a Christian flag in front of its City Hall. The  Supreme Court oral argument on the case yesterday seemed to signal that SCOTUS will side with the plaintiffs. The group, Camp Constitution,  sought to raise a “Christian flag” for one hour at an event that would include “short speeches by some local clergy focusing on Boston’s history.” Boston had granted 284 requests to raise flags in connection with many kinds of events and causes over a 12-year period but rejected this application, saying that flying the flag would amount to government endorsement of religion.

Justice Elena Kagan, one of the three justices the Left counts on for support (and the Left is now hostile to religion) said the city had made an “understandable mistake” in relying on the part of the First Amendment that prohibits government establishment of religion when it should have been focusing on its free speech clause. Putting a permanent cross on the roof of City Hall would violate the establishment clause, she said, but banning a religious group from conveying its message in a transient setting open to lots of speakers violates the guarantee of freedom of speech.

Well, yes. Why couldn’t the appellate court that ruled unanimously for the city’s censorship see that?