Watch it, please. Here’s a summary of what transpires:

Step 1.:  A reporter asks the President about his thoughts on the theory floated by a Constitutional law professor in Newsweek that Kamala Harris shouldn’t be considered a ‘natural born citizen” and thus technically isn’t eligible to be Vice-President or President.

Step 2: The President offers no opinion on it whatsoever, and makes it clear he didn’t read the article (who reads Newsweek?). He says 1) he heard about it 2) it is his understanding that the author is a genuine authority 3) he doesn’t know what the guy actually argued (Trump asks the reporter if the problem is that Harris “wasn’t born” in the U.S.)

Step 4. The President says, first, that he has no idea if the professor’s claims are right, and  concludes by saying he “doesn’t know about it” that he “just heard about it” and will “take  a look.”

” President Donald Trump spent years pushing lies about the birthplace and presidential eligibility of President Barack Obama, the first Black president. On Thursday, he started floating a new birther lie about Sen. Kamala Harris, who, if elected, would be the first Black and Asian American vice president. Trump’s incendiary nonsense about Harris was part of a Thursday self-described “news conference” he largely used to campaign against his Democratic election opponents…”

(That’s the late, great Professor Irwin Corey, a famous walking, double-talking comedy spoof of professors. His theories are approximately as valuable as the topic of this post.)

Chapman University constitutional law professor John Eastman has a controversial essay in  Newsweek analyzing whether Sen. Kamala Harris is eligible to become Vice president (or <cough> President) since her parents may not have been U.S. citizens when she was born.

Harris’s father and mother were born outside of the United States and neither was a naturalized citizen at the time of Harris’s birth in Oakland, California. (I did not know that! Did you know that Pat Venditte was the first Major League pitcher who regularly throws both right-handed and left-handed? ) If, Eastman, claims, Harris’s parents were not lawful permanent residents at the time of her birth, then she isn’t a natural born citizen.  Along with a minority among constitutional scholars, Eastman believes the 14th Amendment doesn’t say that all persons born in the U.S. are citizens. It says that ‘[a]ll persons born or naturalized in the United States and subject to the jurisdiction thereof’ are citizens. Just because one is born in the United States, these contrarians argue,  doesn’t mean that individual has ‘subjected’ himself ‘to the jurisdiction’ of the United States. Under this theory,  the children of tourists, diplomats, and illegal aliens are not “natural born” citizens.

What an interesting theory! And, like so many things academics and scholars put into print to gain fame, notoriety, and publishing deals, it is one that is completely pointless at this time in history. Eastman’s theory has not been adopted by the United States or used to determine citizenship, so the current interpretation that if you are born here, you’re a “natural born” citizen, is the law by tradition and practice. Nevertheless, conservative media is having a ball with this foolishness. “Kamala Harris was an Anchor Baby” says a headline I saw today. So WHAT??? There is so much wrong with Kamala Harris, and she is such an awful candidate for so many other reasons, why is anyone focusing on a dead letter technicality?

There is nothing wrong with a scholar claiming that we’ve been doing it wrong all this time, but there is a lot wrong with making that argument in the middle of a Presidential campaign. I get it: the presence of Harris on the Democratic ticket makes an arcane legal theory suddenly newsworthy,  Chapman, however, is chasing personal fame at the cost of promoting needless distrust and uncertainty into a national election, as if we didn’t have too much of both already. END_OF_DOCUMENT_TOKEN_TO_BE_REPLACED 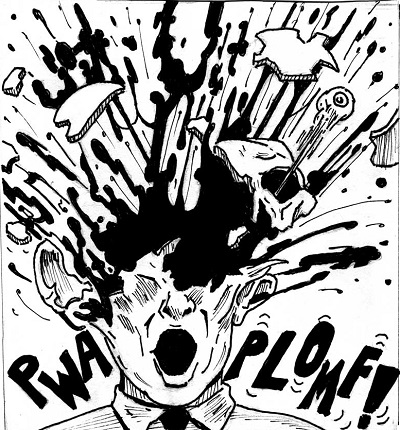