Can you believe this? 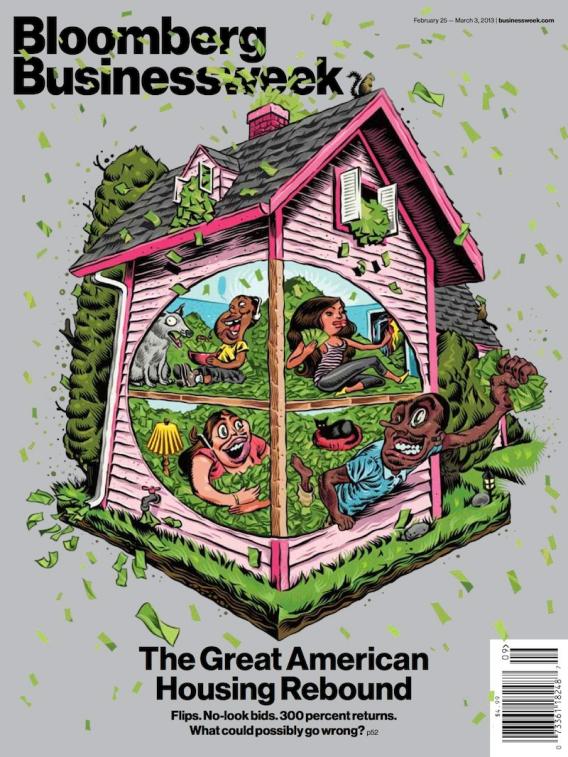 What is this, a “Count the stereotypes” puzzle?

How could this manifestly, incontrovertibly, racially offensive cover get the green light for any professional publication in 21st Century America? I am aghast.

It gets worse. Here is the apology issued by the Josh Tyrangiel, the magazine’s editor:

“Our cover illustration last week got strong reactions, which we regret. Our intention was not to incite or offend. If we had to do it over again we’d do it differently.”

Your Ethics Quiz Question for the day:

How do you rank this on the Ethics Alarms Apology Scale, and why?

You can check the scale here.

I’m too aghast to write anything else.

And here’s the story.

–—  Senior White House Advisor David Plouffe, in a tweet contributing to the White House effort to undermine the credibility of journalist Bob Woodward for the crime of calling attention to some of its more unsavory maneuvers regarding the sequestration crisis.

“I think you will regret staking out that claim.”

He owes Mike an apology too.

Maybe this is what Gene Sperling meant.  Now the White House gang is suggesting that Woodward has lost it, can’t get around on the fast ball, that his time has passed, that he is, in short, an old geezer who should be put out to pasture, like 1970’s baseball great Mike Schmidt.

Democrats are quick on the trigger to accuse adversaries of coded racism, sexism, and homophobia, but appear to have no compunction at all when it comes to denigrating opponents as old, or fat. This is bigotry, you know, from a White House that has benefited mightily from planting the myth that any criticism of its primary occupant is subject to legitimate suspicion of being motivated by prejudice. Let’s see—Woodward is 68, almost 69. Harry Reid is 74. Nancy Pelosi is 72.  Justice Ginsberg and Justice Breyer, two liberal stalwarts protecting the Presidents legal flanks, are 79 and 74 respectively. Hillary Clinton, who is being pumped up for a Presidential run in 2016, will be 66 this year, and 70 by the time she runs, if she runs.  Joe Biden is older than Woodward; so is newly appointed Secretary of State John Kerry. Plouffe tweet is a slur and a cheap shot, rank hypocrisy, and really stupid.

His message is that if a journalist dares to challenge this administration’s Machiavellian tactics, it must be because of creeping senility. Perfection is, naturally, holding Republican administrations to standards of integrity and honesty. Doing so with Democrats, however, is proof that a journalist has stayed to long at his desk.

He is a bigot, an ass, and I fear, an in-house assassin.

You know, I wouldn’t bet against Mike Schmidt still being able to hit one out.

Not for the first time by a longshot, lawyer/First Amendment warrior/blogger Ken at the sui generis blog Popehat has earned an Ethics Hero award. This time, his achievement included:

Ken was responding to a story that was widely publicized. Justice Sotomayor  had taken the unusual course of writing a separate opinion as she and her colleagues denied cert (that is, refused to take an appeal) in the case of Bogani Charles Calhoun v. United States, using it to condemn what she called the racist tactics of a federal prosecutor. Among her comments, she wrote, sharply, END_OF_DOCUMENT_TOKEN_TO_BE_REPLACED

Here’s a question, Gene: What the hell is going on???

Now that the e-mail that apparently caused Washington Post icon Bob Woodward to feel he was being threatened has been released, several new questions and observations arise:

1. In the e-mail, at least, the senior official, now confirmed to be economic advisor Gene Sperling, never denies the central point of the Woodward column at issue: that President Obama, not congressional Republicans, was the first to propose the sequester, contrary to the statements of Jack Lew and the President himself, in contradiction to the blame narrative being pushed by the White House. This means that either the White House concedes its obfuscation, or that it chose to muddy the waters and undermine Woodward’s credibility by focusing on another aspect of his analysis where it was subject to legitimate challenge.

2. Why did Woodward feel threatened by this ostensibly “friendly” message? He is a veteran of such exchanges and presumably adept at translating Washington-speak and reading between the lines. I yield to his reporter instincts, but frankly, I don’t see it. I presume the threats in his phone argument with Sperling were more overt. I don’t know that, however. END_OF_DOCUMENT_TOKEN_TO_BE_REPLACED

And you thought Hogwarts was dangerous…

The easiest place to render oneself disconsolate regarding the pit of warped values we must send our public school children into every day is Fark.com, which cheerily documents the child predators in the teaching ranks and their exploits. Let’s see, I haven’t checked in a while…I wonder what the tally is for February? Hey, February’s a light month! I have to go all the way back to the 19th to find the first, LaShawn Simmons, a 41-year-old former Pasadena middle-school math teacher who had sex with four students. She’s charged with sexual assault of a child, two counts of improper relationship between an educator and a student, online solicitation of a minor and possession of child pornography.

Actually, February was a terrible month to go to school, just not one with a bumper crop of child-molesting teachers. For example, in Port St. Lucie, Florida, we had a female teacher who didn’t have sex with a male student, she only purchased drugs from him and went drinking with him. It would be hard to top the teacher who poured pencil shavings in the special ed student’s mouth (and who wasn’t fired), but I think the Linden, California gym teacher who was caught on video stealing money from her students’ backpacks gets the prize. She was caught when a suspicious student and aspiring Nancy Drew hid in a locker to see if she could solve a string of thefts, and recorded the teacher’s larceny on her phone. It gets worse: when she brought the video to the attention of the principal, he told her to destroy the evidence. Luckily, she had already sent the video to her father. END_OF_DOCUMENT_TOKEN_TO_BE_REPLACED 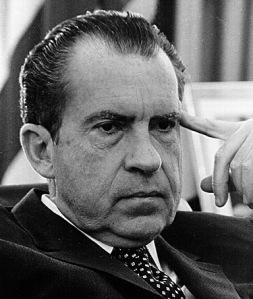 [ UPDATED] It is time to upgrade, or perhaps downgrade is a fairer term, Washington’s sequestration battle to a full-fledged ethics train wreck. This is one that may cause far reaching damage, and anyone, including the White House and the Republicans, who thinks it is predictable or controllable is deluded. You don’t control a train wreck; it controls you, once you are on board. The White House, and thus President Obama, are riding right up front.

Today Watergate-busting journalist Bob Woodward revealed that after he dared to interfere with the White House disinformation campaign—-designed to re-write history and assign Congressional Republicans responsibility for the introducing irresponsible, certifiable and reckless sequester device (voting for it was bad enough)—by writing in a Washington Post column that it was White House staff that initially proposed the gimmick, he was threatened by a senior White House official. “I think you will regret staking out that claim,” the official wrote to him. Woodward told both CNN’s Wolf Blitzer and Politico that he regarded the statement as a thinly veiled threat, especially after the same official (now identified as Gene Sperling) had screamed at him over the phone for the cardinal sin of letting the facts interfere with the White House’s public opinion manipulation strategy. Woodward told Politico,

“‘You’ll regret.’ Come on. I think if Obama himself saw the way they’re dealing with some of this, he would say, ‘Whoa, we don’t tell any reporter ‘you’re going to regret challenging us.’ ” END_OF_DOCUMENT_TOKEN_TO_BE_REPLACED

Do you recall the post last week about the brain-dead reaction of various website commenters to the Florida arrest prosecution of a man for harassing a manatee?

If they had been commenting about this incident, they would have been on firm logical and ethical ground.

Anthony Brasfield and his girlfriend shared a carefree, romantic interlude one Sunday morning in the parking lot of the Motel 6 on Dania Beach Boulevard, as they released a dozen red and silver mylar heart-shaped balloons and watched them rise, up, up, up into the air, then slowly float away, high and far, until they became tiny specks against the blue. They squeezed each other’s hands, smiled, and…got arrested by a Florida highway patrol state trooper on the spot.

Brasfield was charged with the environmental crime of helium pollution, under the Florida Air and Water Pollution Control Act.Aggravating the offense apparently was the fact that endangered marine turtle species and birds make their abode in John U. Lloyd State Park, about 1.5 miles east of the motel. The third-degree felony is punishable by up to five years in prison. END_OF_DOCUMENT_TOKEN_TO_BE_REPLACED 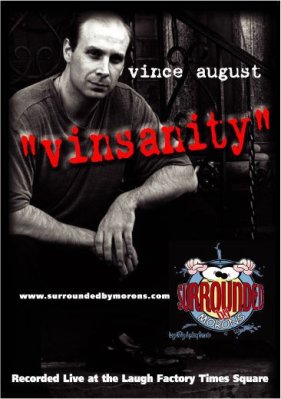 Vince A. Sicari is a municipal judge in South Hackensack, N.J. who moonlights as a stand-up comic, and a fairly successful one at that, named Vince August.

He is now sending his lawyer to argue before the New Jersey Supreme Court that he should be allowed to continue his night and weekend job, overturning a 2008 ethics ruling that for a judge to do stand-up creates  “an appearance of bias, partiality or impropriety or otherwise negatively affect the dignity of the judiciary,” in violation of the Judicial Conduct Code. The issue is complicated by the fact that municipal judges almost have to moonlight as something—they earn only $13,000 a year. Sicari argues that his comedian gigs generate the bulk of his income, and that the two careers are separate. He says doesn’t make jokes about his cases or lawyers, nor sensitive issues involving race and gender, and on the bench he is as serious as, well, a judge.

Thus, your Ethics Quiz of the Day gives you an opportunity to judge “Judge Shecky”:

Is it ethical for a judge to moonlight as a stand-up comic? END_OF_DOCUMENT_TOKEN_TO_BE_REPLACED

“The Family Guy” in a typical moment of sensitivity.

The viewing public was severely divided regarding “Family Guy” creator Seth MacFarlane’s performance as Oscar host, with approximately half appreciating his trademark juvenile and politically incorrect schtick (and being impressed that the guy can sing and dance rather well too), and the rest, including the majority of TV critics, finding him boorish, amateurish and unfunny. Personally, I thought he did a reasonably competent job in an impossible assignment (unless, it seems, you are Johnny Carson or Bob Hope, who are long gone, or Billy Crystal, who is seriously past his pull date), made more so by the misconceived show he had to host.

Then I read Katie McDonough’s essay in Salon. END_OF_DOCUMENT_TOKEN_TO_BE_REPLACED