Amazingly, some bloggers and critics actually called Kirk Douglas’s appearance as an Oscar presenter last night (it was he who announced Melissa Leo’s win, which she instantly turned into an Oscar low-light) hard to watch and even “creepy.” Sometimes you just have to shake your head and wonder how people’s perception gets so warped.

The 96-year-old stroke victim strode to the stage without vanity, fear or hesitation. He flirted, he joked, he took full advantage of his richly-earned status as a Hollywood legend, the last of the great movie men’s men, and indomitable survivor. And he dared to play with the faux suspense of the event, demonstrating with a wink and grand humor that he, better than most, knows how little awards mean compared to the guts of life. END_OF_DOCUMENT_TOKEN_TO_BE_REPLACED 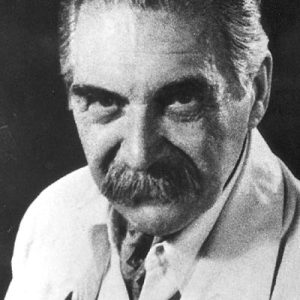 We knew, or should have known, that this extremely ugly shoe was bound to drop eventually.

Last autumn, when the U.S. apologized for federal doctors infecting prisoners and mental patients in Guatemala with syphilis 65 years ago, it put us on notice that a vile and unethical cultural standard had taken hold of the American medical and scientific communities in the 20th century, one that held  it was “right” for the weakest, most powerless and most disposable of human beings to be tricked, coerced or bribed into serving as subjects for experiments that could lead to miraculous cures and treatments for the rest of the population. This–depriving human beings of their rights and lives in the interest of science—is “the ends justify the means” at its worst. But the Guatemala experiments proved that this was once flourishing and respectable in the U.S. scientific and medical research communities, so it would have been surprising if there weren’t more stories of home-grown Mengeles, and sure enough, there were. The U.S. acknowledged as much when it apologized for the Guatemalan tests. Now we have details. END_OF_DOCUMENT_TOKEN_TO_BE_REPLACED

Give the soap to Melissa, Ralphie...

That certainly settled it: Melissa Leo is an inexcusable boor after all.

And thus do tasteless, disrespectful, uncivil so-called professionals degrade our language, public standards of decency and respect for others. END_OF_DOCUMENT_TOKEN_TO_BE_REPLACED

Give generously to save victims of ABC's "This Week."

On ABC’s Sunday public affairs show “This Week,” the usually admirable Jake Tapper breached the broadcast journalist’s duty not to promote logically flawed arguments that will make the public dumber than it already is.

Debating with his guests the merits of Wisconsin Governor Scott Walker’s efforts to severely reduce the collective bargaining rights of public unions, Tapper cited an intellectually dishonest New Republic article by Joseph McCartin which used data from the Bureau of Labor Statistics to make this statement: END_OF_DOCUMENT_TOKEN_TO_BE_REPLACED

In Randy Cohen’s farewell column for “The Ethicist” today—he was sacked by the new editor of The New York Times despite providing an entertaining, well-written and provocative column for many years— he makes a statement that I find shocking, and one that challenges the core assumption of this blog and indeed my occupation.

Writing the column has not made me even slightly more virtuous. And I didn’t have to be: it was in my contract. O.K., it wasn’t. But it should have been. I wasn’t hired to personify virtue, to be a role model for the kids, but to write about virtue in a way readers might find engaging. Consider sports writers: not 2 in 20 can hit the curveball, and why should they? They’re meant to report on athletes, not be athletes. And that’s the self-serving rationalization I’d have clung to had the cops hauled me off in handcuffs.
What spending my workday thinking about ethics did do was make me acutely conscious of my own transgressions, of the times I fell short. It is deeply demoralizing.

Amazing. Randy, we hardly knew ye, and we sure didn’t understand ye, either. How can someone possibly spend one’s working day “thinking about ethics” and not become more virtuous in his daily conduct? END_OF_DOCUMENT_TOKEN_TO_BE_REPLACED

His union is competent; it's just that he isn't

Public unions and their Democratic supporters (and supported) are not going to have much luck winning the public relations battle with Republicans as long as teachers unions are front and center. Teachers unions are not— I repeat not-–primarily concerned with the welfare of schoolchildren, or the public, or the deficit, or even education. Their priority is the welfare of their membership, and if any of those other stakeholders have to take it on the chin to make sure that the teachers have good salaries, benefits and iron-clad job security, well, that’s just the way of the world.

This doesn’t make teachers unions unethical any more than lawyers are unethical to represent their clients. But it does mean that any time a teacher’s union official claims to be concerned with anything but his members, he or she is lying through their teeth. And that is unethical. END_OF_DOCUMENT_TOKEN_TO_BE_REPLACED

“Mr. Obama has spoken only once in public about the Libyan crisis. He has yet to condemn Mr. Gaddafi by name. He has not called for an end to the regime. He has expressed concern about protecting U.S. citizens – most of whom were evacuated from Libya on Friday – but has showed no intention of protecting the Libyans whom Mr. Gaddafi is slaughtering. The White House appears content to allow France and other nations to take the lead. But the reality is that as long as the president of the United States remains passive, the help Libyans are begging for will not come.”

—-The Washington Post, in an Editorial entitled “A Passive President”

President Obama is unilaterally abdicating the United States’ critical and honorable role as the world’s advocate for freedom and human rights. As President Obama calculated the political angles, people are dying at the hands of a mad dictator. He has condemned the Governor of Wisconsin with more intensity than he has Libya’s butcher.

There are certain sacred duties of being President Of the United States, and this one doesn’t apparently sit well with Obama’s famous “reserve.” It is the duty to lead the World to oppose evil, and he is ducking it as people die.

Cheers to the Washington Post for noticing, caring, and speaking out.

UPDATE: 2/26/11 The same day the Post ran its editorial, the White House announced that the President told Germany Chancellor Angela Merkel that “when a leader’s only means of staying in power is to use mass violence against his own people, he has lost the legitimacy to rule and needs to do what is right for his country by leaving now.” I suppose that covers “He has not called for an end to the regime” part of the Post’s indictment, though someone has to explain to me why Obama is condemning the Libyan dictator without mentioning his name ,and weirder still, only doing so by reporting what he has said to the German Chancellor.

On a difficult day, I am not up to writing about heavy ethics issues, so instead I will comment on an ethics controversy that is as inconsequential as possible—one involving the Oscars.

Melissa Leo, a front-running Best Supporting Actress nominee for her role in “The Fighter,” courted controversy by violating one of the Academy Awards’ unwritten rules: “Don’t promote yourself for an Award—it’s tacky!” Leo personally placed Hollywood trade ads showing her in full glamor mode, a sharp contrast to her character in “The Fighter.” The text simply said “Consider,’ then below that, “Melissa Leo,” and in small print off to the side, the web address http://www.melissaleo.com. She argued that she needed to promote herself because her competitors were getting the benefit of big studio publicity, while she was not. END_OF_DOCUMENT_TOKEN_TO_BE_REPLACED

Some of our most important ethical decisions are made with the least analysis. At least that was the way it was for me this morning at 10:34, when my sister and I directed that my 89-year-old mom, Eleanor Coulouris Marshall, be taken off of life support. END_OF_DOCUMENT_TOKEN_TO_BE_REPLACED 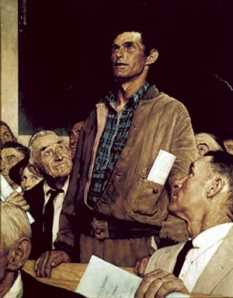 "Who's going to shoot Obama?"

Conservative Rep. Paul Broun,  one of President Obama’s toughest critics, was holding a town hall meeting this week and received this question from an elderly supporter: “Who’s going to shoot Obama?”

The audience laughed (With embarrassment? With enjoyment at the thought?) and Broun chuckled. (Nervousness? Amusement?)  Then he said:

“The thing is, I know there’s a lot of frustration with this president. We’re going to have an election next year. Hopefully, we’ll elect somebody that’s going to be a conservative, limited-government president that will take a smaller, who will sign a bill to repeal and replace Obamacare.”