The next U.S. Senator from Virginia? You could do worse! In fact, Virginia might.

I’m going to vote for Tim Kaine, the ex-Democratic Governor of Virginia running against George Allen, the Republican trying to regain the seat he lost in 2006 to James Webb. After the slimy, dishonest campaign Allen ran against Webb ( full disclosure: I went to law school with the Senator, and know him personally. A more honorable, courageous, principled man doesn’t walk the earth), Allen lost any chance of a vote from me forever, and it wouldn’t matter if his opponent was a toilet brush.

Nonetheless, Kaine’s ads are making me think he’s only a step or two above toilet brush level. Especially outrageous is this line, from a “war on women” ad “approved” by Tim Kaine, intoned by an announcer as the camera shows a woman:

“Allen would take away her Constitutional rights by reversing Roe v. Wade.”

Even counting “v.” as a word, this inexcusable statement includes four misrepresentations in just twelve words, an impressive total, though I’m sure Bill Clinton has topped it at one point of another. Let’s see: END_OF_DOCUMENT_TOKEN_TO_BE_REPLACED

No matter who wins the Presidency on November 6, one thing is for certain. We now can be sure that the day will come when a future Presidential campaign runs an ad that concludes, “Don’t vote for him: he’s an asshole!” For that, we will be able to place the blame on, of all people, Barack Obama, and his 2012 campaign. This is the same Barack Obama who promised, the first time he was running for President, to change the tone in Washington; the same President Obama who told a group in 2010…

“But there is a sense that something is different now, that something is broken, that those of us in Washington are not serving the people as well as we should,” Mr. Obama said. “At times, it seems like we are unable to listen to one another, to have at once a serious and civil debate. This erosion of civility in the public square sows division and cynicism among our citizens. It poisons the well of public opinion….Civility is not a sign of weakness.”

Yet his 2012 campaign’s embrace of gutter-level name calling and divisive rhetoric, with the full participation of both the President and the Vice-President, has guaranteed that the tone Obama promised to change will change for the worse, and that the well of public opinion will be more toxic than ever. END_OF_DOCUMENT_TOKEN_TO_BE_REPLACED

“The hell with the kid—SAVE THOSE DUCKS!!!”

We have enough laws; too many, in fact. This ridiculous incident reminded me of a question that has been bothering me for a long time, however.

In York County, Pennsylvania,  mother and wildlife-lover Justina Laniewski was taking care of her toddler.  She was also drunk as a skunk, and decided, in her wisdom, that a flock of wild ducks were endangered by the  swift currents of Codorus Creek, swollen by Hurricane Sandy. Ducks are water birds, swim well, have webbed feet and also can fly away in the presence of danger. They seldom, if ever, drown. Never mind all that: Justina—who has no wings or webbed feet, or a brain either, apparently–-jumped in to rescue them. Her toddler, left unattended on the shore, was about to toddle in after her mother, but was grabbed at the last second by a neighbor. Firefighters had to rescue Laniewski from the neck-high water, as the ducks, I presume, laughed their tail-feathers off. END_OF_DOCUMENT_TOKEN_TO_BE_REPLACED

Think of the children!

Maryland is supposedly one of the most progressive states in the country. One can make one’s own calculations about what it means that such a state is ready to wholeheartedly embrace government-sanctioned gambling as the easy and cowardly solution to its fiscal problems, despite the fact that the populations most harmed by gambling are the very people good progressives are supposed to care about most. My assessment is that resorting to gambling for state revenue is irresponsible, callous, venal and hypocritical. But an unholy alliance of cynical liberals, who argue for gambling because its ill-gotten tax revenue will support education (and we all know that the more money you pay teachers, the better educated our children will be), greedy business interests, and libertarians, who regard gambling as “victimless,” is now poised to add casino table gambling to the state’s sanctioned traps for its poor, desperate, dumb, corrupt and addicted. should Maryland’s voters approve “Question 7” on the ballot November 6th.

All over the internet, the results of the AP’s just released “Racial Attitudes Poll” are being headlined as “proof” that racism is alive and well in America, and that racial bias has increased in the last four years. Either the poll is being released now to attempt to make Americans feel guilty about not wanting to vote for Barack Obama, or it is setting up the excuse for Obama’s defeat, should it occur, that only racism can account for such a successful, brilliant, eloquent leader being defeated. I apologize for the cynicism. With all the talk about “firewalls,” however, it seems self-evident that white guilt, which has been the target of pro-Obama racial politics from the beginning, is one of the most obvious, odious, and desperate.

The poll, in my analysis, is garbage, and unethical garbage as well. It is an accumulation of confirmation bias, locked in with horrible methodology. END_OF_DOCUMENT_TOKEN_TO_BE_REPLACED

According to court documents, Angela Buchanan, 30, of Lufkin, Texas, desperately wanted to be in a romantic relationship with a long-time female friend. She contacted the friend on Yahoo Messenger in March, explaining that she was diagnosed with breast cancer in 2008 and was now suffering from a pre-cancerous mass. She told her concerned friend that she was being treated by a local gynecologist. Then the gynecologist contacted the friend too, also on Yahoo Messenger.  The doctor confided to the friend that the pre-cancerous mass in Buchanan’s breast could possibly be delayed or even reduced and cured by an increase in hormone production, which, the doctor helpfully suggested, could be stimulated by sexual intercourse. The doctor recommended that the friend agree to participate in sexual activity with Buchanan in order to bolster this vital hormone production—if she really wanted to save her friend’s life, that is. END_OF_DOCUMENT_TOKEN_TO_BE_REPLACED 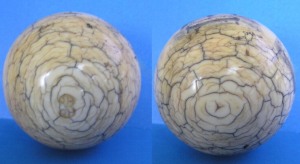 Did you hear the gross and inappropriate remark Joe Biden made to the father of one of the soldiers killed in the Benghazi attack? Of course not! Because it makes the Vice President appear to be a clueless and insensitive fool…we can’t have THAT…not before an election!

It’s pretty simple, really. The American people have a right to know what really happened in Benghazi, and as new questions keep arising, the appearance of a cover-up on the part of the Obama Administration keeps getting more difficult to deny.

Don’t worry, Lance. Braden Allenby understands you. You were just ahead of your time, that’s all.

There are many things to learn from Prof. Braden Allenby’s Washington Post essay, “Lance Armstrong’s fall: A case for allowing performance enhancement,” none of which have anything to do with Lance Armstrong. Among the lessons:

Allenby’s essay takes the position that all sports should allow athletes to take whatever performance enhancing drugs that become available, beginning with the tragedy of Lance Armstrong’s final disgrace as a cheater and corrupter of his sport. Seldom do you see an argument clothesline itself so quickly: here is Allenby’s opening sally:

“In the past month, cyclist Lance Armstrong has been stripped of his seven Tour de France titles. His commercial sponsors, including Nike, have fled. He has resigned as chairman of Livestrong, the anti-cancer charity he founded. Why? Because the U.S. Anti-Doping Agency and the International Cycling Union say he artificially enhanced his performance in ways not approved by his sport and helped others on his team do the same. This may seem like justice, but that’s an illusion. Whether Armstrong cheated is not the core consideration. Rather, his case shows that enhancement is here to stay. If everyone’s enhancing, it’s a reality that we should embrace.” END_OF_DOCUMENT_TOKEN_TO_BE_REPLACED

In the view of many (including me), the exact moment Jimmy Carter lost the 1980 Presidential election was when he used the closing minutes of the only Presidential debate to spin the tale, dubious at best, about his solemn conversation with his daughter Amy. Carter claimed that he asked her about her assessment of the most important issue facing the nation, and that  “the control of nuclear arms” was his thirteen-year-old advisor’s sage response. The story seemed insincere and manipulative, all the worse for Carter’s placing his answer in his daughter’s mouth for tactical purposes. Carter used Amy as a prop and a ventriloquist’s dummy. Even if the story was true, the tactic was offensive.

Here in Virginia, a closely contested “purple” state, the tactic of using children to carry political messages in full bloom. An ad for Republican Senate candidate George Allen, attacking opponent Tim Kaine and President Obama for their pro-abortion stance shows a series of cute “potential” children, facing the camera and telling us what they would have been in their lives—a mother, a fireman, a soldier (no homeless, serial killers or drug dealers, oddly enough)—if their existence hadn’t been snuffed out in the womb. Meanwhile, President Obama recently descended to the rock bottom level of the rest of his campaign by calling Mitt Romney “a bullshitter” by placing the epithet in the mouth on an anonymous 6-year-old girl.

With that kind of leadership model to follow, I suppose it shouldn’t be too shocking that far worse was on the way. A pro-Obama group called “The Future Children Project” has released an ad that represents a new low in the use of children as programmed messengers. Created by advertising agency Goodby, Silverstein & Partners, the spot shows a chorus of dead-eyed, sad children, shot in black and white, singing from a dystopian future about what America became because it didn’t re-elect Barack Obama. The lyrics: END_OF_DOCUMENT_TOKEN_TO_BE_REPLACED

Clarence Darrow, the greatest of all American criminal defense lawyers, admired more than one criminal. One he especially admired was John Brown, the radical, violent and possibly insane abolitionist whose deadly 1859 raid on Harper’s Ferry, Maryland was a terrorist act by any definition. Brown was hung for it, but he became a martyr for the anti-slavery movement, and his raid a rallying point for its cause. Darrow believed that some societal wrongs were so resistant to law and democracy that their grip could only be loosened by violence, and so he extolled men like Brown, whom he regularly eulogized in public with a fiery speech that concluded,

“The earth needs and will always need its Browns; these poor, sensitive, prophetic souls, feeling the suffering of the world, and taking its sorrows on their burdened backs.  It sorely needs the prophets who look far out into the dark, and through the long and painful vigils of the night, wait for the coming day.  They wait and watch, while slow and cold and halting, the morning dawns, the sun rises and waxes to the noon, and wanes to the twilight and another night comes on.  The radical of today is the conservative of tomorrow, and other martyrs take up the work through other nights, and the dumb and stupid world plants its weary feet upon the slippery sand, soaked by their blood, and the world moves on.”

I immediately thought of Darrow’s words about Brown* when I learned that Russell Means had died this week at the age of 72. Clarence Darrow would have loved Russell Means. END_OF_DOCUMENT_TOKEN_TO_BE_REPLACED