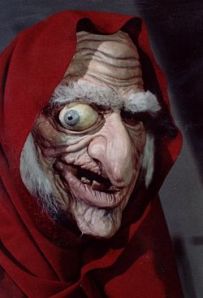 "It's Halloween! What better time for a good ETHICS SCARE in ERIC HOLDER'S JUSTICE DEPARTMENT!!! Come along, children! Don't be afraid!"

Welcome, visitors, to SCARY Ethics Theater on this All Hallow’s Eve!

Tonight we ask the scary question, “When is it ethical to be unethical?“  For the chilling answer, we must enter the mysterious lair of Eric Holder’s Justice Department!!! Bwahahahahahahaha!!!

Come inside! Don’t be frightened!

The Holder-Obama Justice Department has proposed a regulation that would allow federal law enforcement agencies to tell people seeking information under the Freedom of Information Act that the government has no records on a certain subject, when it really does. That is, the regulation will officially sanction legal lying in response to FOIA requests by citizens. END_OF_DOCUMENT_TOKEN_TO_BE_REPLACED 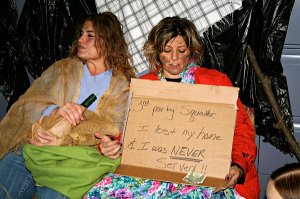 Background: New York Times Joe Nocera is stirring up public outrage because some employees of a law firm involved in questionable foreclosure practices attended the firms 2010 Halloween party dressed as homeless people. Photos taken at the Steven J. Baum law firm’s Halloween party last year were passed along to Nocera by a former firm employee.  In one that was posed on the Times site, two party-goers are dressed as  homeless people, with one holding a sign that reads, “I lost my home and I was never served.” Nocera wrote that the costumes show an “appalling lack of compassion.”

Here are ten questions and answers regarding ethics issues raised by the incident. END_OF_DOCUMENT_TOKEN_TO_BE_REPLACED 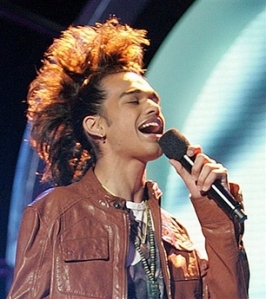 Calling Herman Cain an Oreo and an Uncle Tom is bad, but comparing him to Sanjaya? Is there no limit to media cruelty?

At least when the media and pundits decided to suspend basic principles of fairness and decency to attack Sarah Palin for the unforgivable crime of being an outspoken conservative woman (even before she had a chance to show she deserved to be attacked for other reasons), she had been nominated for Vice President. Business executive Herman Cain, a similarly reviled aberration from the expected norm as a black Republican, is now getting equally unconscionable journalistic treatment just for getting decent poll numbers.

I will move past the race-based attacks from columnists and the MSNBC hit squad that have explicitly referred to him as an Oreo, an Uncle Tom, a black man who “knows his place,”  “the GOP’s token,” and “the Sanjaya of the Republican field,” as well as the many demeaning references to him as a “joke candidate,” and go right to this weekend, when the Palin standard was on bright display.

Here is part of the interview of Cain on “Face the Nation,” after host Bob Scheiffer showed Cain’s bizarre web ad, which ends with his campaign manager taking a puff on a cigarette:

END_OF_DOCUMENT_TOKEN_TO_BE_REPLACED 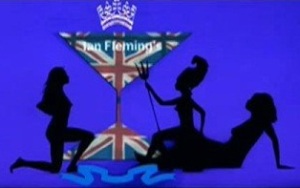 Like most people, I grew up being told that it was dangerous to hitch-hike, because of the many predatory drivers waiting to pounce, and also never to pick up hitch-hikers, because some of them were serial killers. I always seemed to me that the odds favored an eventual convergence in which a psychopathic motorist picked up a murderous hitch-hiker. I wonder what happens then.

Neighbor disputes are often like this: pure chance places very different  people side-by-side, one an inconsiderate boor, and the other an intolerant jerk. We know what happens then: exactly what has happened in Great Falls, Montana.

Brian Smith objects to the large decal on neighbor Shanna Weaver’s car. The decal portrays a white silhouette of a naked woman. To him, it’s pornography, and he objects to have to look at it.  “My upbringing dictates that the human body is a sacred thing, not something that should be put on display,” Smith said. Weaver, however, is not inclined to remove it. “It’s my freedom of speech, which he can’t take away,” Weaver says. “It’s no different than the mud flaps that you see on trucks.”So Smith filed a complaint against Weaver for violating the local anti-pornography ordinance, which was a stretch. [In an earlier version of this post, it wa stated that Weaver sued him for harassment, and was thrown out of court. That was in error, and Ethics Alarms apologizes for its mistake.] END_OF_DOCUMENT_TOKEN_TO_BE_REPLACED 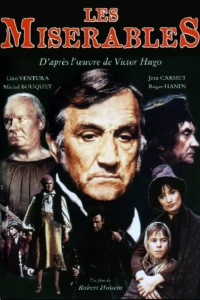 In the updated American version, Gene Valjean steals two chicken sandwiches for his starving and pregnant wife, and he is hounded by the relentless Safeway manager, Fred Javert.

[ Update (11/2/2011): Safeway has dropped the charges stemming from this incident, and rescinded its one year ban of the Leszczynskis. None of the commentary on the story is affected by this development. The damage is done, including to Safeway’s image. The fact that the grocery chain decided not to do any more damage, and took a week to decide it, is not anything to admire.]

Periodically Ethics Alarms breaks into a debate over whether prosecutorial discretion is fair and just. When appropriate, it is fair and just, and here is an example of the kind of injustice that occurs when the law is enforced without concern for proportion, intent, or common sense.

The villain in this case was not a prosecutor, however, but a Safeway manager.

Nicole Leszczynski, who is 30-weeks pregnant, her husband Marcin, and daughter Zophia were shopping at a Hawaii Safeway where they bought about $50 worth of groceries. During their shopping, Nicole began feeling faint, and ate two chicken sandwiches, a deal at only $5.  The couple forgot about  the sandwiches when they checked out their other items, however. (Full disclosure: I’ve done this. With a banana.) The store detained them and refused to accept payment. Then the store manager called the police, and they were placed under arrest for larceny.

In accordance with police policy when both parents are arrested, 3-year-old Zophia was taken by Child Protective Services, and not returned to the Leszczynskis until the next day. END_OF_DOCUMENT_TOKEN_TO_BE_REPLACED

Time to stop wasting our time.

After more than a month of demonstrations that have cost millions, deflected local governments from vital matters, inconvenienced and clogged cities across the country, invigorated anarchists, communists, fascists, free-loaders and loonies, suckered desperate Democrats into declaring common cause with a mob, and exposed the worst of Left-wing punditry as the embarrassing demagoguery society that it is…and after well-intentioned demonstrators have been robbed, arrested, and injured…the Occupy” movement finally is finally ready to declare what it wants.

It’s about time. Large-scale demonstrations to express “frustration” are the advocacy equivalent of humming, or maybe belching: speak clearly, or get off the street.  On October 9, Ethics Alarms described the Occupy Wall Street demonstration, in the context of pointing out the friendly mainstream media embrace of a left-ish, anti-capitalist mob in contrast to its open contempt for the peaceful, focused and conservative Tea Party, as “incoherently chanting anarchists, radicals and unemployed youths…advocating nothing constructive whatsoever.” Many of the site’s distinguished readers objected to that characterization, with one, blogger Jeff Field,  promising to produce an articulation of what the protest really wants to accomplish. Today he fulfilled that promise by sending me a statement by an “Occupy” supporting group, with his introduction, “This is what we want.” I am genuinely grateful to Jeff…especially since it shows that I was correct in my assessment, however harsh. END_OF_DOCUMENT_TOKEN_TO_BE_REPLACED 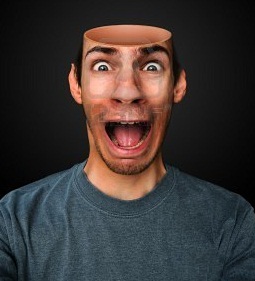 See? I WARNED you not to listen to Mercedes Colwin!

A couple of months back, I flagged some outrageously mistaken commentary on Sean Hannity’s radio talk show given out by Mercedes Colwin, who is a lawyer but prone to howlers whenever she shows up on Hannity or Fox News, which I suspect favors her for qualities that have nothing to do with her law practice. On the occasion that roused my ire, Colwin suggested that she could not defend a criminal client who told her he was guilty, because she was “an officer of the court.”

This is pundit malpractice grafted to legal incompetence: a defense attorney MUST maintain a client’s legal innocence whether the attorney knows the client is guilty or not, and being an officer of the court has nothing to do with it.

Colwin, who was discussing the Casey Anthony trial, represented herself as an expert and then reinforced the most persistent and most damaging popular misconception about the legal system, which is that there is something unethical about defending guilty criminal clients. The system has to be held to a high standard of due process, and even an “obviously” guilty defendant must be proven guilty with admissible evidence beyond a reasonable doubt. Defense attorneys are there to make sure the state meets its burden of proof by making the strongest argument for their clients’ innocence as possible, whether the defendant has confessed his or her guilt or not. For one thing, a defendant often doesn’t know if he is legally guilty, even if he “did it.” For another, even if he did it, the state still has to prove it.The defense’s job in to make sure it does, END_OF_DOCUMENT_TOKEN_TO_BE_REPLACED

Our often hyperbolic correspondent Elizabeth offers her rebuttal to the apparently unshakable conviction of commenter Xenophon that the needs of school discipline justify schools punishing students for a personal blog or Facebook post, in this case, one critical of a teacher. Here is her Comment of the Day on the post Better Late Than Never:  The ACLU Finally Opposes the High School War On Off-Campus Speech:

“…This kid wrote one post to ten friends only. He did not put it out for all to see. Apparently if the ACLU is willing to defend him he didn’t threaten/defame the teacher or anyone else, disrupt the school, or cause anything other than some kind of righteous anger on the part of one teacher, who, immaturely, went to “higher authorities” to have him “disciplined.” Ever had a teacher you didn’t like or who didn’t like you? Are you old enough to remember passing notes in class? It’s no different; just electronic. This is the classic and relatively new hubris of the education system… and the examples are sickening. END_OF_DOCUMENT_TOKEN_TO_BE_REPLACED 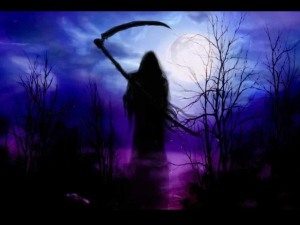 I had a strange experience as I was leaving a plane a couple of weeks ago.

A distinguished-looking man, older than I, tapped me on the shoulder, and said, “I apologize for the intrusion, but I have been sitting behind you, and I noticed that your earlobes have clear creases in them. This is a sure sign that you either have heart disease or will have it, and are at risk of a heart attack. I just thought you should know.”

Now, as it happens, I know about the supposed link between heart attacks and earlobe creases, and even asked my cardiac specialist about it. He said that 1) some studies had found a statistical link; 2) no study had proposed any good reasons for the link, if there was one; 3) it wasn’t worth worrying about; and 4. one can only address the cardiac risk factors that can be changed, and one can’t change the creases in one’s earlobes. END_OF_DOCUMENT_TOKEN_TO_BE_REPLACED 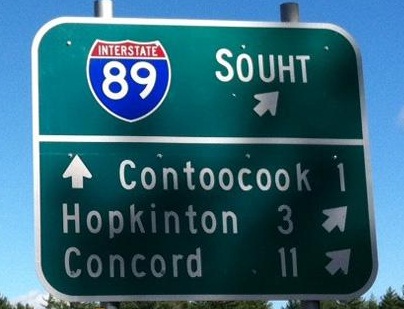 The Martin Luther King Memorial was unveiled without the commission responsible for it bothering to fix what has been almost unanimously condemned as an embarrassing mistake, a rephrased, out-of-context quote on the sculpture base (“I was a drum major for justice, peace, and righteousness”) that misrepresents Dr. King’s career and was also something he never said. This is inexcusable, but at least the boob who unilaterally made the decision spelled “righteousness” correctly. The sign above is emblematic of a different ethical problem, the widespread abdication of the shared obligation to speak up when one sees someone else making a really stupid mistake. END_OF_DOCUMENT_TOKEN_TO_BE_REPLACED