Once again, I am 90% certain, maybe more, what the right answer should be, but also again, I’m close enough to the cusp to have “reasonable doubt,” or as they would say in the Chauvin trial, “Never mind!”

Chris Malone, an offensive line coach at the University of Tennessee-Chattanooga (UTC), , was fired two days after he tweeted,

“Congratulations to the state GA and Fat Albert @staceyabrams because you have truly shown America the true works of cheating in an election, again!!! Enjoy the buffet Big Girl!! You earned it!!! Hope the money is good, still not governor!”

The school responded, through its athletic director,

“Last night, a totally inappropriate social media post by a member of our football staff was brought to my attention. The entire post was appalling. The sentiments in that post do not represent the values of our football program, our Athletics department or our University. With that said, effective immediately, that individual is no longer a part of the program.”

Your Ethics Alarms Ethics Quiz for today (as I head to my oral surgeon for the latest emergency…):

Was it ethical to fire him?

END_OF_DOCUMENT_TOKEN_TO_BE_REPLACED

This ad will run on the NBC Golden Globes Award broadcast:

A similar commercial had previously been rejected by ABC.

Cowabunga! Your Ethics Alarms Ethics Quiz of the Day:.

Is presenting this commercial on a prime time broadcast network a positive development for society?

Or, in the alternative, is it feminist grandstanding by NBC? Will it inevitably lead to graphic male enhancement ads?  If women can be topless in this commercial, on what basis will anyone be able to argue that breast-bearing shouldn’t be routine in entertainment programming?

Ethics Alarms touched on this area here, when I related the example of a defense lawyer who won over the jury in the sensational Richard Scrushy fraud case with a vivid but made-up anecdote:

My favorite ethics moment is when Scrushy’s main trial lawyer, Jim Parkman, is asked about his headline-making anecdote in his opening statement, in which he quoted his grandmother as always telling him”every pancake, no matter how thin, has two sides.” “Did your grandmother really say that?” Parkman’s asked on camera. “No,” he admits after a long pause. “But she could have!”

Lying to a jury would seem to be a serious ethical violation for a lawyer, and by the wording of the rules, it should be. But every lawyer I’ve discussed Parkman’s tactic with agrees that such non-substantive lies would never result in professional discipline. (I think they should be.)

But what about inspirational stories and anecdotes that aren’t true? Does the end justify the means? Brian Childers’ story about Tommy Lasorda reminded me of another Lasorda story. Managing in the minors before becoming the third-longest tenured manager with a single team in baseball history, the ever-ebullient leader of the Spokane AAA team was faced with a dispirited squad that has lost nine straight games. Tommy bucked them up by reminding the players that the 1927 Yankees of “Murderer’s Row” fame, then and now the consensus choice as the greatest baseball team of all-time, also lost nine games straight. His team was cheered, and not only broke out of their slump, but went on a winning streak.

Asked later if it was true that the team of the Babe, the “Iron Horse” and the rest ever lost nine in a row, Lasorda answered, “Hell, I don’t know. But it turned my team around when they thought so!!”

END_OF_DOCUMENT_TOKEN_TO_BE_REPLACED

This Comment of the Day by reliably thoughtful commenter JP is exactly what I hoped this particular Ethics Quiz would inspire. Unlike some ethics quizzes, and reminding everyone that an issue isn’t presented as an ethics quiz unless I have doubts about the ethically correct answer, this one has me torn right down the center. The usual ethical systems for approaching a problem are at odds here, making it a true ethics conflict.

Here is JP’s Comment of the Day on the post, “Ethics Quiz: The French And Indian War Remains”:

I think the simple answer is that depends.

There any a lot of laws in the context of digging up graves that often vary between state and context. The United States pretty much has a statue of limitation on 100 years for excavation (not to be confused with common graverobbing). I imagine this is because it is far outside any claim a family member might have. Jack alaudid to the Native American Graves Protection and Repatriation Act which protects remains on federal or tribal lands. These rules were essentially created to protect the living. The purpose of their creation is what I believe is at the heart of understanding if the act is ethical or not. The first question I would ask: who does it hurt?

END_OF_DOCUMENT_TOKEN_TO_BE_REPLACED

Nearly 70 years ago, Fort William Henry, the fort overcome in 1757 battle portrayed in the film (and novel) “The Last of the Mohicans,” was reconstructed on the banks of Lake George in New York.

There, French forces led by General Louis-Joseph de Montcalm defeated the British, who were then, in many cases, slaughtered by the Indian tribe allies of the French as they attempted to retreat. Whether Magwa really ripped out the heart of the British commander, I do not know.

But I digress. Over the decades, the remains of many British combatants have been discovered in and around the site of the fort. Some of the remains have never been reburied, and were displayed for decades. Eventually the bones were studied by anthropologists, and yielded many details about colonial life in the era of the French and Indian War.

260 years after the fall of Fort William Henry, some of the bones are still at Arizona State University, where they are available for research. Other bone fragments unearthed by anthropologists in the 1990s and sent for study at the University of Waterloo in Canada were returned to the fort eight years ago, and lie in a box in a storage area. The company that owns the fort, known as the Fort William Henry Museum, says the bone fragments are being properly cared for, and that it is trying to balance the value of scientific research with respect for the remains of the dead.

END_OF_DOCUMENT_TOKEN_TO_BE_REPLACED

In St. Anthony Minnesota, someone sent home owner Kim Hunt an anonymous letter reprimanding her for decorating her home with the modest Christmas lights seen in the top photo above. Three other residences in the neighborhood received the same letter:

The writer, of course, is nuts.

END_OF_DOCUMENT_TOKEN_TO_BE_REPLACED

I don’t understand this at all.

Thanksgiving is, at least in this country, the traditional kick-off of the holidays and all the madness, music, traditions, literature, art, fun, reflection and controversies that accompany them.

Slightly off topic: I just looked in on the Macy’s Thanksgiving Day Parade broadcast.

What is a parade without anyone watching and cheering along the route? What’s the point? All the energy, all of it, is gone. Worst of all are the live—are they really live?—performances of numbers from various Broadway shows in the middle of the street. These are always weird, but without any ambient sounds or people in the background, they are creepy and weird. The look like a post-nuclear apocalypse freak-out by community theater survivors. Also creepy: the networks’ socially distanced “hosts” now resemble those old Soviet news shows where the anchors were separated by about 15 feet at a long desk.

Where was I? Oh, right, the holidays…

With all the commercializing and vulgarizing of Christmas, the unlistenable “modern” Christmas songs, and the cynical “Christmas is horrible” movie comedies (like “National Lampoon’s Christmas Vacation”), the culture relies on the Christian religious institutions to provide context, continuity, seriousness and dignity to the season lest the ritual cease to have any meaning at all. With that duty in mind, here is the just-revealed Vatican Nativity scene:

END_OF_DOCUMENT_TOKEN_TO_BE_REPLACED

Several of these items could support stand-alone posts, I suppose, but I have bigger metaphorical fish to fry. I’ve also figured out that traffic would look better if I broke some of these 800-1000 word posts into multiple 400-500 word bites, but to hell with it: a post should be as long as it has to to make the points I want to make. Traffic has also been excellent lately: from Election Day through yesterday EA has had the best extended streak since 2017. As usual with such surges, this has involved some quirks. For example, the post about Margaret Thatcher’s favorite poem has been leading all posts in clicks for three days. I didn’t see that coming…

1. Ethics Quiz: Which is more unethical, the creep who offers such tales out of school, or the publication that gives her a platform?

The entire genre of former school mates coming forward with unflattering and ancient anecdotes about political figures is unethical. Now that Ivanka Trump’s father is likely to be out of the White House next year, her seventh grade friend Lysandra Ohrstrom decided it was a safe to reveal what a creep the First Daughter was as a 13-year-old, because so few of us lacked a functioning ethics compass at that age. She also decided that she would enjoy being interviewed on various Trump-hating TV shows, I assume.

Why the woman continued to stay friends with someone she now says was an elitist snot is a mystery; yes, some of Lysandra’s tales impugn adult Ivanka as well as the child version.

One of her earliest memories of Ivanka is her blaming a fart on a less popular classmate. The monster! In their twenties, Ivanka asked Ohrstrom for a book suggestion and when her friend suggested “Empire Falls,” replied, “Why would you tell me to read a book about fucking poor people?” Ohrstrom also recalls Ivanka once telling her “You’ve really turned into a Marxist” during a discussion about affordable housing in Manhattan.

Is there anyone who has ever lived who doesn’t have embarrassing incidents that occurred early their lives and that they trust that the family and friends who witnessed them have the decency and loyalty not to inform the world? Ohstrom’s ignorance of the Golden Rule and her pathetic lunge for 15 minutes of fame tell us more about her character than reveal anything relevant about Ivanka Trump.

END_OF_DOCUMENT_TOKEN_TO_BE_REPLACED

When Linda Spangler asked her mother, in a video chat, what she would like as gift for her 92nd birthday, the response came promptly.

“I’d like a dog,” Charlene Spangler said. “Is Wolfgang dead?” Wolfgang, a family dachshund, had indeed died long ago; so had all his successors. Ms. Spangler, who lives in a dementia care facility in Oakland, Calif., has trouble recalling such history.

So Linda, who is a doctor, got her mother a dog.

Well, Mom thought it was a dog, anyway. It was a robot dog. Sensors allow it to pant, woof, wag its tail, nap and awaken, and users can feel a simulated heartbeat.

END_OF_DOCUMENT_TOKEN_TO_BE_REPLACED 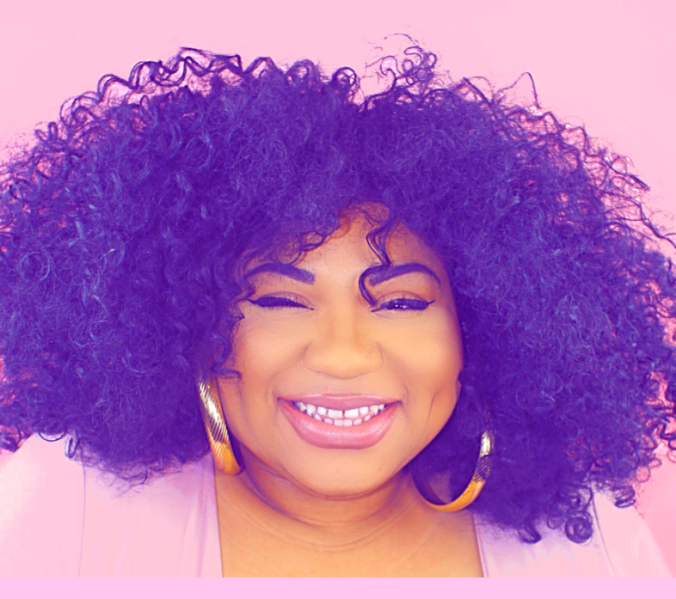 …because I honestly don’t have the slightest idea.

I have no idea what that means.

She does trainings, lectures and workshops, and gets paid for them. Ashleigh’s website says that  New York University, the University of Richmond, Pendle Hill Quaker Retreat, The Movement for Black Lives, and the City of Richmond, among others, have contracted with her to “share her brilliance” on such topics as the body, antiblack violence, hoeism, sociopolitical issues, consent, fat hate/ shame, racial justice, body liberation, empowerment,  healing antiblack misogyny,  reproductive justice,  and Black feminist thought.

Here she is at a recent appearance: END_OF_DOCUMENT_TOKEN_TO_BE_REPLACED