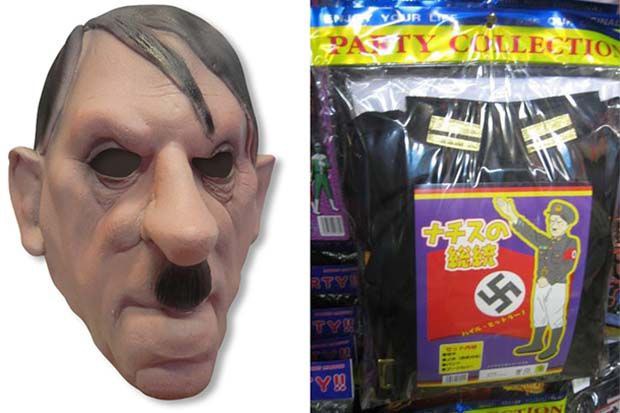 From the Las Vegas Review Journal :

An Adolf Hitler costume worn to a community Halloween event in Boulder City by the son of a Clark County teacher raised an uproar that spread far beyond the confines of the “Best City By A Dam Site.” Photos of the costume — consisting of brown pants and leather coat, a red arm band bearing a Nazi-style swastika and a brush mustache — went viral after being posted on social media after the Boulder City Chamber of Commerce-sponsored “Trunk or Treat” event on Saturday.

The reaction was harsh, with commenters’ outrage primarily focused on the child’s mother, identified as Janet Arsanian, and the fact that she is a teacher at Cortney Junior High School.

“Interesting to see a #CCSD teacher pridefully dressing her 13-year-old as Hitler,” wrote one Facebook poster. “These nazi sympathizers are supposed to be educating our kids.”

Wait: dressing your child as a monster or villain demonstrates support for the figure portrayed or his or her habits and conduct? Since when? I dressed up as a pirate in elementary school. Were my parents supporters of piracy? When kids dress up as Dracula, does that mean the parents are blood-suckers? Funny, when kids rang my door bell last year wearing Trump masks, I didn’t think that meant their parents voted for him. Were all those people wearing Nixon masks in the 70s Nixon supporters? I did not know that! END_OF_DOCUMENT_TOKEN_TO_BE_REPLACED