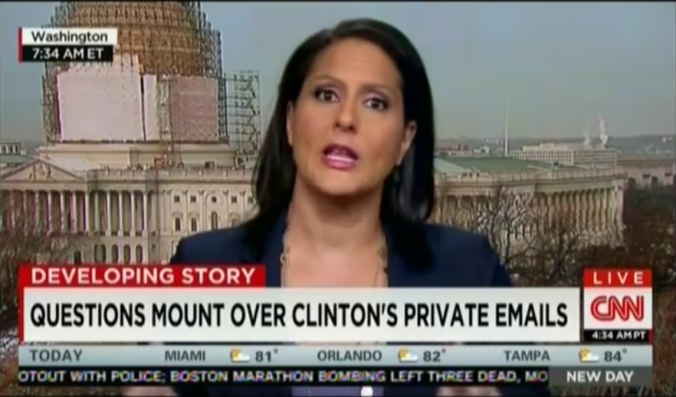 All civic minded citizens should encourage as many individuals—public, private, elected, celebrities, media figures, reporters and pundits—to discuss the issues and significance of the Clinton e-mail scandal. It is a marvelous litmus test to unerringly reveal whether the individual understands basic ethical principles like integrity, honesty, responsibility and trust, as well as his or her reliance on intellectually and ethically bankrupt rationalizations like “Everybody does it,” “It’s not the worst thing,” “Don’t sweat the small stuff,” and others, or, just as disturbing, whether the individual is willing to reject basic ethical principles in a misguided effort to defend a public figure unworthy of the sacrifice, like Hillary Clinton. Keep this public debate going. Before it has run its course, we may have outed thousands, hundreds of thousands, who we will know cannot themselves be trusted.

It takes all my will and civility reserves not to say that this is an IQ test as well. I keep reading comments on blogs and Facebook by people who really seem to be unable to fathom why it should matter when the individual who leads our official dealings with foreign governments mysteriously chooses to take dominion over all her official communications, allowing her to destroy them at will, when such conduct violates the policies and directives of the administration of which she is a member, her own department, and common sense, despite incurring security risks, despite questions over her foundation soliciting contributions from foreign governments while she was in a position to have such contributions warp national policy, when the individual involved, was well as her husband, has a history of skirting laws, obfuscation and mendacity. “This is just more manufactured Hillary-bashing!” Seriously? I know the Clintons pay people to say this, but really believing it requires total corruption or life-threatening brain lesions.

As an example of how this issue exposes a lack of honesty and integrity the way those blue light things show traces of blood on “CSI,” let’s examine the CNN transcript of yesterday’s segment on “New Day,” which featured a “point-counterpoint” style debate on the Clinton e-mails featuring former Bush press secretary Ari Fleischer and former Hillary press secretary (and current Media Matters partisan warrior) Karen Finney.

This pairing is manipulation by CNN, by the way. Nobody but hacks, liars and fools honestly defends Clinton’s conduct here, and many non-partisan commentators can articulate clearly exactly what’s wrong with it. Placing a presumed partisan like Fleischer opposite Finney cleverly and unethically suggests that this is one more political dust-up without substance, where there’s no real dispute, just a red/blue divide. That may be what CNN wishes were true, but this issue is not partisan, and shouldn’t be presented as such. The Washington Post, which has, like most of the print media, been pretty straight on this issue, played to the partisan spin by saying,

“Instead of a fresh chapter in which Clinton came into her own, her time as the country’s top diplomat now threatens to remind voters of what some people dislike about her — a tendency toward secrecy and defensiveness, along with the whiff of scandal that clouded the presidency of her husband, Bill Clinton.”

Wait, there are people who like secrecy and scandal? Are they called Democrats, perhaps? Clinton supporters? What an idiotic way to frame Hillary’s problem.

It’s not complicated: the issues involve trust and the character of a potential President.

Now here is the CNN transcript, with my comments in bold: END_OF_DOCUMENT_TOKEN_TO_BE_REPLACED