The panel segment starts after the interview with Johnson, about halfway in. You can also listen on the WBUR website, here.

My comments regarding the discussion are here. 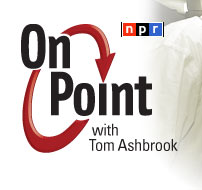 In the segment on “Beverly Johnson And The Bill Cosby Scandal” I just completed for NPR’s “On Point” program, out of Boston with the magnificent Michel Martin hosting, I emulated the Sunday morning talk show guests I so revile for answering questions by making their own points that have little or no relevance to what was asked. Michel asked me, as the time left in the hour-long program was ticking down, what ethical obligations consumers—that is, the audience for his concerts, TV shows and albums—have regarding Cosby, in light of the rape allegations against him.

I was still stunned by the comments made by three callers, encompassing several ethically confused assertions that you know I would find annoying:

That last one especially had my head threatening to explode, which would not be good for my relationship with NPR, so I think I can be forgiven for missing Michel’s query. Yes, the UVA rape allegation is exactly like the Cosby scandal, other than the fact that the accusers in Cosby’s case have come forward publicly while “Jackie” has not; that its two dozen (so far) alleged victims for Cosby and one in the UVA case; that one situation is a classic example of abuse of power, wealth and influence and the other is not; that Cosby settled one claim rather than air the allegations in a court of law; and that virtually every part of “Jackie” claim has failed to hold  up under scrutiny and investigation, whereas Cosby, the one individual who could offer evidence to counter the allegations against him, has done nothing but have spokesmen and lawyers issue blanket protests and denials.

My answer to Michel should have been this:

“It’s up to Cosby fans, If they still can still laugh and cheer at Cosby’s nice guy schtick and “America’s Dad” persona knowing that he’s a serial rapist, fine: laughter is good, get it where you can. Personally, I can’t laugh at someone whom I know has engaged in horrific acts, hurt women who admired and trusted them, and by his own conduct left another cultural hero lying face-down in the mud. I can’t forgive it, I can’t get past it, and I’m certainly not going to keep laughing. this is no different from the NFL fans who keep wearing Ray Rice jerseys, or for that matter, Democratic women who continue to swoon over Bill Clinton. If they do, they either:

All of these are sad and impossible to justify, but they are common. Does the continued support of a Cosby ratify his conduct? Not in the eyes of his undeterred fans, but in the culture? Of course it does. If Bill Cosby’s career escapes relatively unscathed by this, and he is not held accountable by society, the verdict of the culture will be a particularly extreme version of The King’s Pass: if you are rich enough, powerful enough and seen as contributing enough to society, then you will be held to a lower standard, and can get away with, if not murder, serial rape.”

END_OF_DOCUMENT_TOKEN_TO_BE_REPLACED

Beverly Johnson, the super-model whose Vanity Fair article about being drugged by Bill Cosby decades ago when she was summoned for an “audition,” will be a guest on the Boston NPR station, WBUR, as former “Tell Me More” host Michel Martin stands in. After Johnson, a panel will discuss various issues legal, ethical and cultural about the Cosby allegations, and I’m on it, along with Renee Graham, music and pop culture critic for NPR’s Here & Now. Op-ed contributor at the Boston Globe, and Debra Katz, partner at the law firm Katz, Marshall and Banks. You can catch up on some of the ethical implications of the Cosby mess here, and some more details about the show here. If you can get the show on the radio or web, you’ll hear it at 10 AM, E.S.T.,  this morning.
END_OF_DOCUMENT_TOKEN_TO_BE_REPLACED