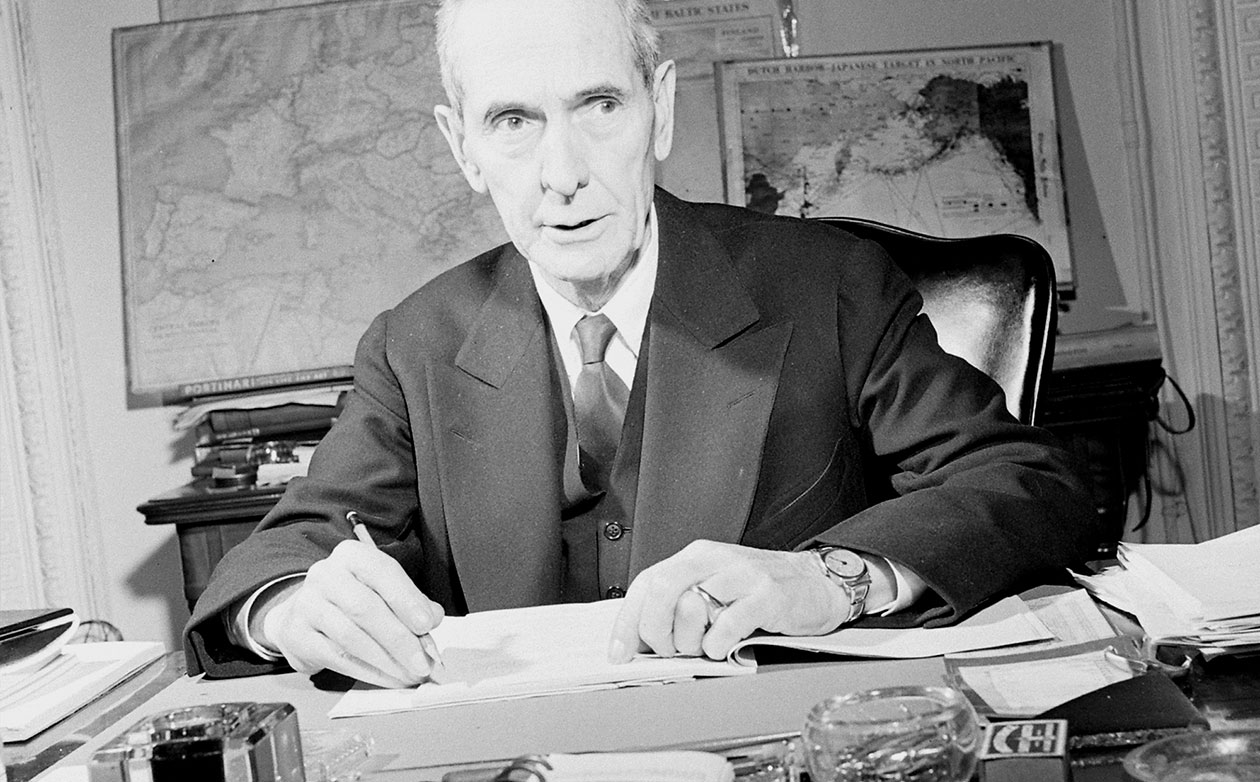 [Introduction: I was pleased to see this addition today’s Open Forum by E2. I have seen “American Holocaust: Deceit and Indifference,” and intended to eventually do a post about this terrible episode in U.S. history. I was especially thrilled to see the references to Breckenridge Long (above). I have long considered building a page here of American ethics villains through the years, and Long deserves to be on it.]

I spent 90 excruciating minutes a couple of weeks ago watching “American Holocaust: Deceit and Indifference”– a PBS documentary which unlike other PBS productions actually tries to relate an unvarnished truth. It is a devastating piece, and oddly, seems to disappear and then reappear on Amazon.

I knew a fair amount about all this from my history reading, but this was much more. It has real photographic documentation (e.g., a photo of a document about Jewish immigration to the US, with a handwritten note: “Ignore… [signed] FDR”); and a detailed photograph of the State Department’s Breckenridge Long’s advisory to US consulates worldwide about ways in which they could delay Jews’ emigration to the US between 1940 and 1944 – not coincidentally when 6 million died at the hands of the Nazis.

Slavery, our original sin, is not the topic here. And yes, we denigrated and mistreated the Irish, Italian and Chinese immigrants, but at least they were allowed to come here and had a chance to live. Not so for the Jews in Germany and Eastern Europe when the Final Solution arrived. The horrible truth is that it was not a primary cultural or bias problem among the general population that condemned so many innocent Jews including children to death, but a persistent and sinister State Department policy.