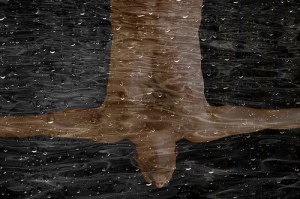 The brain-dead and ethics-empty conduct of Jeff Ellis Management, an Orlando, Florida-based company, in its recent firing of 21-year-old lifeguard Tomas Lopez is welcome in one respect, and one respect only. It helps explain the inhuman attitude of the two Brooklyn EMT’s who stood by and watched a woman die of a heart attack as they munched bagels. It begins to explain why two Seattle security guards stood by and allowed a woman to be nearly beaten to death while they looked on. It almost explains how a crowd of people on a California shore, including firefighters, stood by as a man named Raymond Zack took nearly an hour to drown himself. It might even provide some insight into the thought processes of Penn State assistant football coach Mike McQueery, who famously observed Jerry Sandusky as he engaged in a child rape but didn’t stop it. For one of the reasons so many Americans turn off their ethics alarms, reject their humanity and flunk their duty to rescue those in peril is that there are people like  Jeff Ellis, who deem human life less important than business, policy and profit, and who will punish any employee who doesn’t feel similarly and act accordingly.

The company fired Lopez after he pulled a struggling swimmer out of the ocean on Hallandale Beach in Broward County, saving his life. The rescue, you see, occurred 1,500 feet south of the firm’s contracted boundaries for lifeguard service.  Lopez was told that a swimmer was in peril off the neighboring beach, and ran to his rescue, leaving the “protected beach” area where his services had been contracted to serve. The near-drowning victim was swimming in the “unprotected area” without lifeguards, and there’s no point, the management company reasons, to hire it to provide lifeguards if the heroes like Lopez will dive in for free. END_OF_DOCUMENT_TOKEN_TO_BE_REPLACED 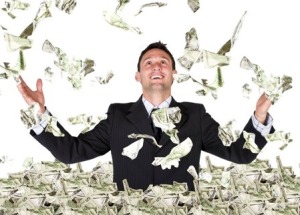 Come on! How can you put a guy like this in jail?

Many Americans don’t comprehend the meaning of “justice.”  It is unfortunate that some of these Americans are  judges.

Ryan LeVin, 36, is a drunk, a drug abuser, a playboy, a scofflaw and a killer. He killed Craig Elford, 39, and Kenneth Watkinson, 48, as they were walking to their beachside hotel in 2009. LeVin was driving recklessly in his $120,000 Porsche 911 Turbo, ran them down, and  fled the scene. That was only the latest of his offenses: LeVin was already on probation in Illinois for crashing into a Chicago police officer and instigating a high-speed chase. He has more than 50 traffic violations. What really matters, however, is that Ryan LeVin is rich.

Because he is rich, when LeVin offered enough money to the widows of the two men he killed in his act of vehicular homicide, a Florida judge agreed to let him off with two years of house arrest rather than the 45 years in prison that you or I would serve for a similar crime. END_OF_DOCUMENT_TOKEN_TO_BE_REPLACED