Once again I am trying to get a post up while furiously preparing for a program, this time a super-sized version of “Ethics Rock Extreme” for a federal agency, in collaboration with the marvelous Mike Messer, my rock/country/pop singer and guitar virtuoso partner of almost 20 years….I’ll begetting to ethics observations on last night’s debate when I return, if I return.

…and have read or heard some of the shirt-rending and hair-tearing prompted by the viral photograph of a drowned “migrant” and his infant son. The injection of pure, unreasoning emotion and sentimentality into the illegal immigration debate is cynical but predictable, and this is just an escalation of the media campaign to frame all illegal immigration in romantic and sentimental terms.

The photo should change nothing. The death of an infant irresponsibly and recklessly taken on a dangerous journey (as well as an illegal one) is the fault of the parent who brought him, not the Presient of the united States, not ICE, not immigration officials. Democrats like Chuck Schumer who exploit such a photo are unconscionable. “Seeking a better life” is not now now has ever been a justification for breaking the law. The photo of an adult and an infant who die in the course of a dangerous attempt to break U.S. laws should prompt pity for the child and anger at the adult, no more, no less.

Those taking up the “Think of the children!” cry need to be asked if their solution is to provide ferry rides across the Rio Grande for children who are forced to accompany their parents in attempts at illegal immigration. Or U.S. lifeguards stationed on the shore, perhaps. END_OF_DOCUMENT_TOKEN_TO_BE_REPLACED 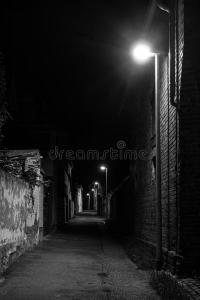 …and the fact that California and Democrats are arguing otherwise shows how embracing unethical policies leads one down progressively dark and uninviting alleys of dubious law and logic.

The Trump administration announced that the 2020 U.S. census would include a question about citizenship status. I am shocked that it didn’t already. Among the many things a government needs to know about its population, this demographic should be near the top. Yet Democrats have vowed to fight it in the Congress, fight it in the courts, on the beaches,  on the landing grounds, in the fields and in the streets, in the hills; and will never surrender.

Well, it doesn’t matter. Democrats are trapped. Oh, some unethical, partisan judge may hold otherwise along the way, but a nation certainly has the right and the duty to determine how many of its occupants are lawful citizens. This is zugswang for Democrats. Since they maintain that being here illegally is no crime, they cannot credibly argue that the census is trying to force self-incrimination. That’s not even their initial argument: they complain that the question will frighten respondents who fear immigration enforcement, so they won’t fill out the form.

“Let’s call this like it is: The census, written about and hallowed in the Constitution, is being distorted by this administration for political purposes. President Trump and (Commerce) Secretary (Wilbur) Ross should be ashamed of themselves,” Senate Minority Leader Chuck Schumer, D-N.Y., said in a statement. “Hopefully, the courts will correct this glaring abuse.”

What abuse? The fact that the Democrats have built their recruitment efforts on encouraging and enabling illegal immigration is their own abuse, and their own problem These are some very sick and ugly chickens coming home to roost. See, real citizens and those who have the right to live here aren’t afraid of answering that question. And while Congress represents everyone in a Congressional district, legal or not, those violating the law to be represented are cheating. They undermine our democracy.  The progressive panic over a census question that is valid and important demonstrates how cynical and indefensible the Democratic Party’s position is.  Zugswang. Trapped.