Dan Quinn’s not a soldier any more because he disobeyed orders…and stopped a man from raping a kid in Afghanistan. War is hell.

An ethics conflict occurs when two unquestionable ethical values demand opposite results in the same situation.

An impossible ethics conflict is when the typical priorities of duty require the worst outcome.

This is an impossible ethics conflict.

Interviews and court records reveal that the American military command has ordered American soldiers and Marines not to intervene in Afghanistan when they observe Afghan military commanders and soldiers raping boys, even when the abuse occurs on military bases. The local practice is called bacha bazi, (“boy play”).  The  policy aims at avoiding conflict and maintaining good relations with the Afghan police and militia units that the United States has trained to fight the Taliban. It also embodies the theory that the U.S. should not  impose its cultural values on other nations. Pederasty is widely accepted in Afghanistan, and being surrounded by young teenagers, a.k.a. male rape victims, is mark of social status for powerful men.

Imagine how bad the Taliban must be if these are “the good guys.”

Asked via e-mail about this American military policy by the New York Times, the American command spokesman in Afghanistan, Col. Brian Tribus, replied, “Generally, allegations of child sexual abuse by Afghan military or police personnel would be a matter of domestic Afghan criminal law…there would be no express requirement that U.S. military personnel in Afghanistan report it,” with the exception of when rape is being used as a weapon of war.

Well, we certainly can’t have that. The response ducks the ethical issues entirely. END_OF_DOCUMENT_TOKEN_TO_BE_REPLACED 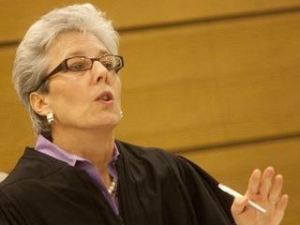 This time, it’s the Judge who has “affluenza”…

He’s not a juvenile. He’s a middle-aged man, and a DuPont heir, living off of his trust fund. He’s also a child rapist, and the child he raped was his daughter, who was three.