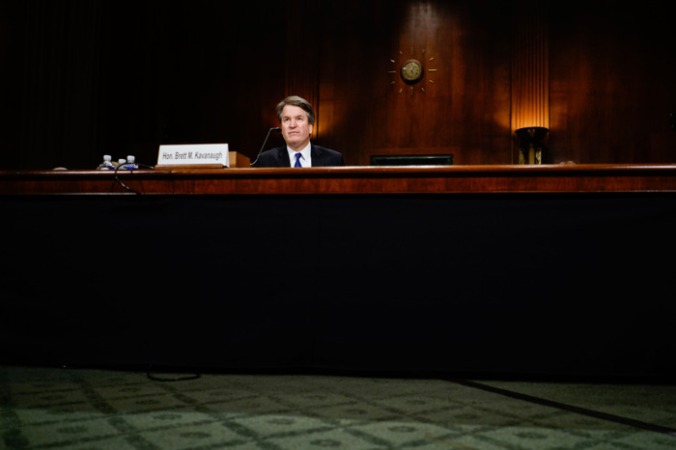 It has to be close, because I don’t know how a book review can be more unethical.

The book in question is Ruth Marcus’s unconscionable hit piece on Justice Brett Kavanaugh, “Supreme Ambition.” The forum is the book review section of the New York Times, which has been trying to smear Kavanaugh since he was nominated for the Supreme Court, and even since the contrived attempt to defeat him by ancient and uncorroborated accusations of misconduct when he was a teenager—when he was a teenager—when he was a teenager (no three times is not enough repitition to emphasize how despicable this was) failed, as it should have. The objective, trustworthy reviewer the Times chose to assess the book was Adam Cohen. He writes speeches for and advises New York’s socialist mayor Bill de Blasio, and authored “Supreme Inequality: The Supreme Court’s Fifty-Year Battle for a More Unjust America,” coming out next month.

Yup, the perfect guy to provide an objective review of an anti-Kavanaugh book.

It is clear by now that progressives and the mainstream media have added the Brett Kavanugh confirmation hearing to the shooting of Mike Brown, the death of Trayvon Martin, and the fake Russian Collusion theory as narratives they will falsely characterize until the stars turn cold. Incredibly,  Cohen writes at the end of his review,

“As important as the Kavanaugh battle was for the court, however, there was something even more profound at stake: whether, on the most important questions, our nation is capable of putting the public interest ahead of partisanship, and whether the truth matters. The forces aligned for partisanship and against truth are stronger than ever.”

Cohen’s review is a prime example of the condition he claims to be condemning. What “truth”? Not a single fact was produced during the hearing that had any relevance to Brett Kavanaugh’s fitness to be a Supreme Court Justice. His record as a judge was impeccable and beyond reproach. Ah, BUT…Marcus and Cohen point to this: END_OF_DOCUMENT_TOKEN_TO_BE_REPLACED

That would be a more useful rule, of course, if there were any trustworthy newspapers.

The most recent Ethics Alarms filing under “Nah, there’s no mainstream media bias!” appeared yesterday.  A story headlined Brett Kavanaugh Fit In With the Privileged Kids. She Did Not appeared in the Sunday Times, with the sub-head, “Deborah Ramirez’s Yale experience says much about the college’s efforts to diversify its student body in the 1980s.” And why were Yale’s efforts to diversify in the Eighties suddenly worthy of a Times feature in September, 2019? Because the real purpose of the article was not to talk about Yale, but to smear Supreme Court Justice Brett Kavanaugh —again.

Ramirez was Kavanaugh’s Yale classmate  who had told The New Yorker last year during the justice’s confirmation hearings that she’d been severely inebriated at a party at Yale in her freshman year when “something” had happened. She said that “a male student pointed a gag plastic penis in her direction” and  a “third male then exposed himself to her.” The assumption is that the flasher was Kavanaugh, though Ramirez never directly named him. New York Times reporters Robin Pogrebin and Kate Kelly tried to verify the story, and could not. Never mind: they wrote a book anyway.

In “The Education of Brett Kavanaugh: An Investigation,”  they quoted the same individuals the New Yorker had tracked down who said that they “heard about” the incident, as well as Ramirez’s mother, who says—now this is a smoking gun if there ever was one—that  she was told at the time that “something happened” at Yale.

Nevertheless, the Times reporters are convinced that Ramirez’s claim is correct. They wrote,

A classmate, Max Stier, saw Mr. Kavanaugh with his pants down at a different drunken dorm party, where friends pushed his penis into the hand of a female student. Mr. Stier, who runs a nonprofit organization in Washington, notified senators and the F.B.I. about this account, but the F.B.I. did not investigate and Mr. Stier has declined to discuss it publicly.

Not “fit to print,” apparently, was the that Stier was not only a non-profit executive but also had served as one of Bill Clinton’s defense attorneys. Heck, why should that be relevant to his credibility? But I digress… END_OF_DOCUMENT_TOKEN_TO_BE_REPLACED