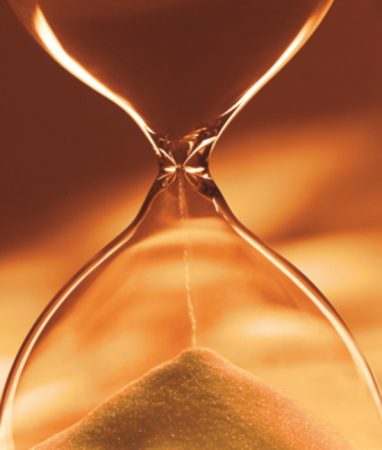 1. By the way… I want to thank all the stalwarts who have kept the comments lively over this holiday period, when traffic traditionally  all-but-halts at Ethics Alarms, and the 2018 installment has been especially slow, like the whole %^&$#@ year, really. It’s no fun speaking into the winds and shouting into the abyss. The responses and feedback mean a great deal to me, and I am grateful.

2. This sexual harassment concept really shouldn’t be so hard to grasp...but you know how it is when there’s a way to use  legitimately wrongful conduct to  justify exerting power over another—-they’ll streeeeeetch the definition as far as it can go and beyond. This is creative, I must say: A University of Missouri official was questioned regarding a case where a black male Ph.D. candidate asked a white female fitness trainer to go on a date and was eventually suspended from the school for sexual harassment and stalking.  In her deposition in the current appeal, the official suggested that the fact that the male student was larger than the female student gave him “power over her” and violated school policy.

This, of course, would make all instances where a larger male asks a smaller woman out in a school or workplace setting potential harassment, depending on whether she decided later that she was intimidated.  I presume that this would also apply in the rarer circumstances where a larger woman asks out a smaller man…here, for example:

I wonder if the heels count?

3. More over-hyped harassment: A white paper by the National Sexual Violence Resource Center and Urban Institute classifies hard staring as sexual violence. Amy Alkon relates an incident when a victim of such staring called it “rape,” and indeed, “stare rape” is now recognized in some deranged setting as an offense. END_OF_DOCUMENT_TOKEN_TO_BE_REPLACED 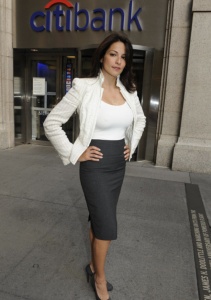 Mike Pence would not have a business dinner with Debrahlee Lorenzana. What’s wrong with him?

Many years ago I did a sexual harassment seminar for a New York law firm. Afterwards, the partner responsible for handling the firm’s EEOC and workplace matters told me that my ethics-based approach to the topic wasn’t sufficiently rigorous, since he believed that innocent contact between employees in the firm could spawn lawsuits. “I refuse to travel with female associates,” he told me. “I can’t be sure what they will think is harassment.”

“Wait,” I asked. “So because you’re afraid of being accused unjustly of sexual harassment, you engage in sexual discrimination?”

He sputtered something and left to arrange his sock drawer.

I think of this conversation often. I thought of it when Vice-President Mike Pence was reported as saying in 2002  that he never had a meal with a woman who was not his wife, and was promptly savaged for it by feminists and the news media. Because the new rules and practices of the workplace have developed amid contradictions and rigid doctrine rather than with attention to whether they were workable or not, Pence and that hypocritical lawyer years ago are both victims and victimizers. It is often impossible to know what ethical workplace conduct is.

The New York Times was happy to bash Pence for his candor as part of a requirement of membership in “the resistance,” but then, as is often the case for the schizoid paper, later competently and objectively examined the issue away from politics. A Morning Consult poll conducted for the paper  found that there is widespread fear of one-on-one situations, male-female interactions in the workplace.  About 25% think private work meetings with colleagues of the opposite sex are inappropriate. Almost 2/3  say it is prudent to be especially wary and sensitive around members of the opposite sex at work. A majority of women, and nearly half of men, say it’s unacceptable to have dinner or drinks alone with someone of the opposite sex other than their spouse. END_OF_DOCUMENT_TOKEN_TO_BE_REPLACED

An Iowa court has decreed that a boss may fire a worker for no other reason than the fact that she is so sexy that she makes his wife jealous, and with good reason, since he finds her irresistibly attractive.

If the Iowa Supreme Court’s ruling that dentist James Knight was within his legal rights to fire otherwise efficient and effective dental assistant Melissa Nelson because he couldn’t resist her innate womanly charms stands, and it will take the Supreme Court of the United States to reverse it, gender discrimination has just been given a green light by one of the highest courts in the land. END_OF_DOCUMENT_TOKEN_TO_BE_REPLACED

The Debrahlee Lorenzana controversy raises important ethical issues, even though we may yet discover that it was wholly manufactured by Debrahlee.  Right now, this ethics train wreck in progress is a classic “employer said/ ex-employee said” dispute in which all the facts have yet to be sorted out.  Lorenzana, the former employee, alleges that she was terminated by Citibank for being so va-va-voom! attractive that she distracted her otherwise staid bank coworkers and supervisors. Citibank, the employer, has told the media that “Ms. Lorenzana has chosen to make numerous unfounded accusations and inaccurate statements against Citibank and several of our employees.  While we will not discuss the details of her case, we can say that her termination was solely performance-based and not at all related to her appearance or attire.  We are confident that when all of the facts and documentation are presented, the claim will be dismissed.”

The timing of her lawsuit certainly seems too good to be accidental.  Stanford Professor Deborah Rohde’s recently published book, The Beauty Bias, argues that attractiveness is such a powerful factor in hiring that the nation may need tough new laws to combat “lookism.” Just as the bloggers and op-ed writers were starting to argue about whether we need yet another protected class of Americans and, perhaps, quotas of ugly people in the workplace, here comes a victimized beauty claiming that discrimination cuts both ways. As John Travolta’s character says in “Face-Off,” “What a coinkydink!” END_OF_DOCUMENT_TOKEN_TO_BE_REPLACED