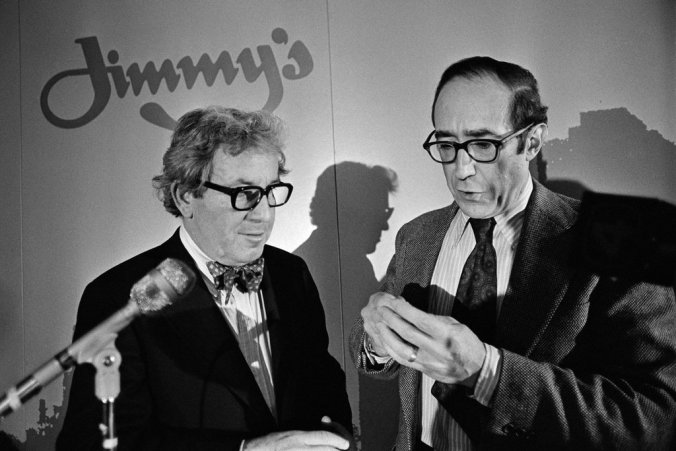 Dick Tuck, accepting an award from Democrats in 1973.

“Prankster-at-large,’ the New York Times pleasant obituary calls Dick Tuck, who died this week at the age of  94. He “bedeviled” Barry M. Goldwater, Richard M. Nixon and other Republicans, we are told. He was a “king gremlin of political shenanigans.” It all sounds so cute, so harmless.

This is inexcusable spin. Dick Tuck is the grandfather of such dirty campaign tricks as the infamous “Canuck” letter in 1972, and the “Pizzagate’ Hillary Clinton child trafficking rumor in 2016. He was an ethics corrupter, who “inspired” Richard Nixon to launch his own dirty tricks operation, a pioneer of political sabotage who helped make such unethical tactics as false flag operations and internet rumor-mongering the plague they are today. Nice job, Dick!