Dallas prosecutor Jody Warner was fired from her job in the Dallas District Attorney’s office for an ugly—and subtantially recorded—argument with an Uber driver.

“Although criminal charges have not been filed, her behavior is contrary to this office’s core principle of integrity, and it will not be tolerated,” the DA’s office said in a written statement. “As public servants, we represent the people of Dallas County and are examples of justice, professionalism, and ethical behavior both inside and outside of the courtroom.”

Uber driver Shaun Platt said he picked up Warner, 32, at a Dallas bar. He knew pretty quickly that he had a drunk on his hands, as she yelled at friends out the window when she got in his car. Warner directed him to take a different route from the one his GPS suggested, and he got lost.

“I said, ‘Should I make a left up here?’ and she refused to answer me,” Platt said. “She said, ‘You can follow the fucking GPS’ and she became increasingly angry, even though I was just trying to get her home.” Warner continued berating him, and, he claims, slapped his shoulder. At that point, he pulled his car over, ended the Uber app, and ordered her out.

But the prosecutor refused, threatening that he was “never going to work again” and that she “knows people.”  “Who are they going to believe? I’m a district attorney,” Platt says she told him. (Unstated but understood: “And you’re just a dumb Uber driver!’) At that point he called 911 and started recording her comments on his cell phone.

After that statement, the non-lawyer Uber driver correctly made the salient legal point that since he had asked her to leave, and she was free to leave, “It’s not kidnapping, ma’am.”

Last September, African-American actress Daniele Watts (“Django Unchained”) engaged in lewd, if non-felonious, public conduct, then exploited the tensions arising out of Ferguson to claim victim status, police harassment and race prejudice. When the police were exonerated by the recording of her arrest and she was ordered to apologize by a judge (and asked to apologize by civil rights leaders, who were embarrassed after they rallied to her support only to find that she had played the race card without  justification), she failed—twice—to deliver a sincere apology. She is defiant and intoxicated by her martyrdom, another young African American who has been convinced of her entitlement to be an anti-white racist.

To appreciate the tale, we have to go back to September 11, 2014, when the actress and her white boyfriend, a “celebrity chef,” were visibly engaged in sexual conduct in their car in broad daylight on an LA street. Neighbors complained—we have not yet reached the point where rutting in public is legal and acceptable, but give progressives time—and police responded. Naturally, as this was at the height of the Ferguson controversy, the news media immediately reported the story as more police harassment of black citizens, this time for “kissing while black.” Here’s a typical account from  September 14: END_OF_DOCUMENT_TOKEN_TO_BE_REPLACED

Republican Texas Governor Rick Perry is being threatened with prison by a per se unethical and illegal grand jury indictment, obtained by special prosecutor Michael McCrum, that attempts to criminalize not merely political tactics, which is how critics are describing it, but the essential and obligatory efforts of a state’s elected leader  to remove a corrupt and unqualified district attorney who is unfit to serve, corrupt,defiant….and drunk as a skunk.

You can read various eviscerations of the indictment here, here and here; there are many more. So far, I can’t find a respectable legal source that finds the indictment anything better than jaw-droppingly absurd and an abuse of prosecution. Jonathan Chait, a left-ish pundit and far from a Perry fan (much like me, except for the left-ish part), nicely expresses his contempt of the charge here. A short hand version would be that Perry has been threatened with jail based on what he said about vetoing a bill, which seems like a First Amendment violation to me.

The reason for the Ethics Dunce call on ABC is that this morning, the network reported on the indictment of Perry and its effect on his Presidential prospects in 2016 without explaining the reason for the Governor’s actions that the prosecutor is straining to call illegal. A simple, thorough, clear explanation would be sufficient to cause any reasonable reader or listener to cry “What? You’re kidding! That’s not possible!” That explanation, however, was not forthcoming on ABC, and has been missing from other reporting as well. END_OF_DOCUMENT_TOKEN_TO_BE_REPLACED 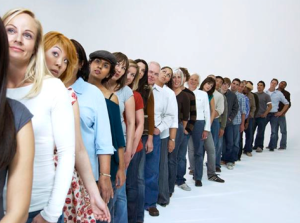 “I’m more important than you are, so I’m cutting in line.”

“Following his speech at the Paramount, President Obama’s motorcade traveled to Franklin Barbecue on East 11th Street. The restaurant is well known for its great brisket and extremely long waits, but the president circumvented that using the powers of his office. “I know this is a long line. I feel real bad, but – I’m gonna cut,” Obama said, according to a pool report from the Statesman’s Chuck Lindell. [Owner] Aaron Franklin told the Statesman’s Ciara O’Rourke that nobody cuts the line at Franklin … except Obama.”

Is it ethical for the President of the United States to cut into a line for goods or services?

Can you guess my answer?

Talk about the Imperial Presidency! There is no basis, justification or excuse whatsoever for the President to cut into line under these circumstances, especially by saying, “I’m gonna cut.” The proper answer to that, my friends, is “No, you’re not, Mister President. Why don’t you ask politely, and maybe everyone ahead of you will be magnanimous and agree?” END_OF_DOCUMENT_TOKEN_TO_BE_REPLACED

“My mistake–that’s a POLE, not the Florida BAR! Silly me. I just made a mistake. Wrong address…”

Personally, I find few varieties of unethical conduct more nauseating than individuals of fame, position, power or influence who use that status to squeeze special privileges and considerations from ordinary citizens. From the cop who assumes that he won’t be charged for street grocer’s apple, to the judge who talks his way out of a speeding ticket, to the famous actress  who tries “Do you  know who I am?” when she’s stopped while driving drunk, this behavior warps justice, broadcasts unfairness, and saturates the culture with the toxic assumption of class and privilege, the idea that not only are the rich, powerful and famous subject to different and more lenient standards than the rest of us mere mortals, but that they deserve such treatment.

Ari Pregren, a Miami-Dade County prosecutor, was just fired from his job for embracing this tactic, and appropriately so. The fascinating aspect of the incident for me is that I am certain that his miserable conduct does not rise to level that the legal profession would deem professional misconduct. In Pregren’s case, this means that a state prosecutor who uses his position to get special consideration at a strip club is an unethical jerk, but not necessarily an unethical lawyer, at least in the eyes of the legal profession.

How did she do? Well. Judge for yourself: END_OF_DOCUMENT_TOKEN_TO_BE_REPLACED