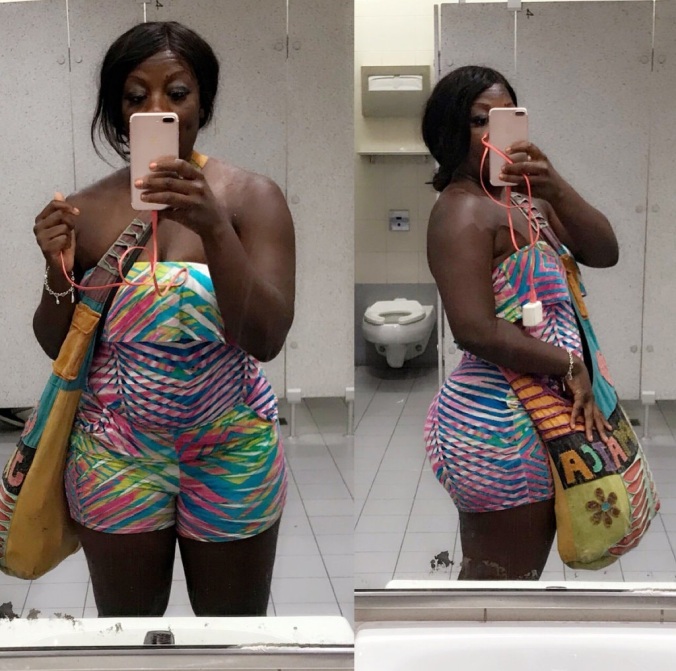 Dr. Tisha Rowe, an African-American family physician from  Houston, was pulled off a recent American Airlines flight and required to cover herself with a blanket before being allowed back on the plane, which was traveling from Jamaica to Miami. You can see above what Dr. Rowe was wearing, thanks to her angry tweet about the episode.

I have no idea why this outfit was found so objectionable; I’ve seen much worse on many flights. On the other hand, a little taste and decorum while flying in close quarters with strangers is basic manners and civility.

Yesterday she said that she had been humiliated in front of her 8-year-old son, and asserted that racial bias was behind the incident. “Had they seen that same issue in a woman who was not a woman of color, they would not have felt empowered to take me off the plane,” Dr. Rowe said. “In pop culture, especially black women with a body like mine, they’re often portrayed as video vixens. So I’ve had to deal with those stereotypes my whole life.”

SHE looks like a “video vixen?” Okay! Whatever you say, doctor! END_OF_DOCUMENT_TOKEN_TO_BE_REPLACED