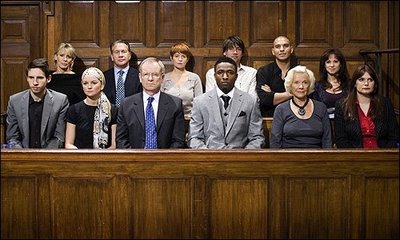 1. Elizabeth Warren may have engaged in the unauthorized practice of law in Massachusetts at various times.

3. If she did practice Massachusetts law without a license, it is very unlikely that she did so intentionally.

4. It is also likely that at this moment, she herself is unsure whether she did or not.

5. I very much doubt that if she did as Prof. Jacobson asserts,  that would lead to discipline by the Massachusetts Bar. The discussion of the issues surrounding Warren’s situation make it clear that a) the whole area of unauthorized practice when it involves state and Federal law is relatively unresolved and murky, with even  legal ethics experts in disagreement, b) it would be impossible to separate the professional regulation of the matter from its political content, and 3) any time members of the disciplinary committee slap their foreheads and say, “Damned if I know!” when the discussion turns to what the rules require, discipline is unlikely, and properly so.

6. The fact that Warren may have blundered into UPL between the varying requirements of her two bar memberships and her intermittent practice in Massachusetts does not make her unfit to practice law.

7. It may, combined with her unwillingness to candidly and thoroughly reveal all documents that bear on the issue, call into question her fitness to be a U.S. Senator, especially one running on the proposition that regulations on another profession (the financial sector) need to be strictly followed and tightly enforced. It definitely is worth exploring and explaining to voters, which the mainstream media clearly does not intend to do. END_OF_DOCUMENT_TOKEN_TO_BE_REPLACED

“Nope, no way to Texas; can’t get to New Jersey…maybe I should just bite the bullet and get a Massachusetts law license? Nawww, who’s going to care?”

No major newspapers or broadcast news outlets seem to care, but what was originally dismissed as a partisan blogger’s over-reaching accusation has been bolstered by more than one smoking gun, proving Elizabeth Warren’s untrustworthiness and lack of fitness for high office.

Robert Eno of Red Mass Group, who joins Prof. William Jacobson as a blogger doing dogged and necessary research on the Massachusetts Senate candidate, has convincingly shown that Warren’s justification of her practice in Massachusetts, sans law license, doesn’t work, because what she says can’t possibly be true.

Earlier this week, Warren tried to rebut Jacobson’s allegations by explaining, “I haven’t practiced any law since 2010 since I went down to do the Consumer Financial Protection Bureau. I’ve been a member of the bar in Texas for all of my career, in the Supreme Court bar, and until a few weeks ago the bar in New Jersey.” Warren and her defenders also argued that Jacobson’s claim that she was operating a regular law office out of her Harvard faculty office, which would make her an unlicensed Massachusetts practitioner, was inaccurate. Warren periodically was involved in cases in Federal court, which did not require a  Massachusetts license, they said. All that was necessary for Warren to appear before various Federal Courts was for her to be duly licensed in a state or territory, and file a statutory request to the court to appear.

Warren’s problem: it is beginning to appear that she may not have been properly authorized to practice law anywhere, or, if she was, she had to be using her Harvard office as a regular law office, meaning that she was practicing Massachusetts law. Without a license.

Here is what Eno discovered:

1.  Warren says she has been a continuous member of the Texas bar,which is technically true but misleading. After following her constantly changing spin while explaining her undocumented status as an affirmative action beneficiary, I believe misleading us is her intent. Yes, she has been a member of the Texas bar during her whole career, but during most of that period she was not allowed to practice Texas law, which was the topic under discussion when Warren cited her membership. Kim Davey the Public Information Officer for the State Bar of Texas told Eno that Warren has been on inactive status in Texas since June 1, 1992. Inactive status means a lawyer is not authorized to practice law. Warren says that she only stopped practicing law (while living and working  in Massachusetts) in 2010, which means that she could not rely on her Texas license while she was at Harvard.

2. Thus it must have been her New Jersey law license that made Warren eligible to appear in Federal Court. But there’s a problem there, too. New Jersey rules hold that a lawyer can only be a licensed attorney in good standing in New Jersey if that lawyer maintains a bona fide office for the practice of law. The office can be in any state, but it must qualify as a law office, or New Jersey’s license to practice law is no longer valid.

This means that Warren is mired in a Catch 22. If, as her defenders and Warren have maintained, she was not engaged in the practice of law because her Harvard office did not constitute  “a systematic and continuous presence in Massachusetts for the practice of law” (because Warren was just a typical Harvard law professor who now and then helped write a few briefs for the U.S. Supreme Court and out-of-state federal courts), then she could not meet New Jersey’s licensing requirements, and was practicing law without any valid law license in any state once she went on inactive status in Texas. If, in the alternative, her Harvard office was a bona fide office for the practice of law, rather than a place where she just “dabbled,” then she was practicing in Massachusetts without a Massachusetts license. END_OF_DOCUMENT_TOKEN_TO_BE_REPLACED 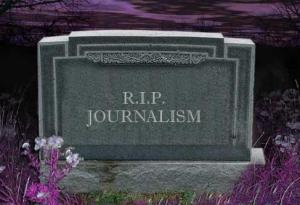 Prof Jacobson, on his blog Legal Insurrection, is in line for an Ethics Hero award with his tenacity regarding Elizabeth Warren’s dubious qualifications to engage in the practice of law in  Massachusetts. The overwhelming reaction by his colleagues in legal academia, and mine in the legal ethics community, has been to airily dismiss his arguments as trivial, far-fetched and thinly disguised political warfare, since Jacobson is an unapologetic conservative blogger (and a distinguished one.) Meanwhile, the mainstream media has, I think it is fair to say, completely ignored the story.

Part of this is undoubtedly because of the ignorance of most journalists regarding the importance of the legal ethics rules in question. Part of it is probably due to the accurate assessment by editors and TV news producers that the average American’s brain would switch off right around the time the story mentions Massachusetts Rule of Professional Conduct Rule 5.5 Subsection (c), and will start wondering about how Blair from “The Facts of Life” is going to do on “Survivor.” And part of it, infuriatingly, is because most journalists are willing to forgo the ethical duties of their profession in order  to ensure that a Democrat wins back Ted Kennedy’s Senate seat, and character be damned.

The rude brush off Prof. Jacobson is getting in this wagon-circling exercise is wrong in every way, and does injustice to every person and institution involved, including the Massachusetts legal establishment, the legal profession, ethical lawyers (which, believe it or not, the vast majority of them are), Senator Brown, the U.S. Senate, Massachusetts voters, and the American public. Bar associations across the country regularly punish ordinary lawyers who practice law without proper authorization, and there is a reason: a lawyer who won’t or can’t obey the most basic requirement of the profession—be sure you are practicing law legally—should not be trusted to handle the important transactions and controversies of their clients’ lives. END_OF_DOCUMENT_TOKEN_TO_BE_REPLACED 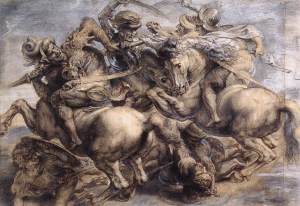 Uh, guys? Do you even care what really happened any more?

He has read various critiques of his analysis and allegations, and addresses them here. Jacobson also spoke with the much quoted General Counsel of the Mass Board of Bar Overseers, and confirmed that  Michael Fredrickson was not speaking officially or on behalf of the BBO, but rather giving his personal opinion.

For my part, I am dismayed, if not shocked, that the legal establishment, as well as legal ethicists who should know better, are letting their political biases dictate their analysis. It is true that Jacobson is an openly conservative blogger as well as a long-time critic of Warren, but he raises legitimate questions that deserve to be taken at face value, whatever their source. The fact Fredrickson, the BBO General Counsel, felt it necessary to personally defend Warren in the absence of sufficient facts strongly suggests a pro-Warren bias in the disciplinary system, where it really shouldn’t matter who breaks the rules, but whether or not they have. Similarly, over at the Legal Ethics Forum, legal ethics legend Monroe Freedman comments,

“It surprises me that so much commentary has been expended on such a relatively unimportant issue, which apparently was raised in the first place to embarrass a candidate for the Senate in a race that has matters at stake that could affect the future of the country.” END_OF_DOCUMENT_TOKEN_TO_BE_REPLACED