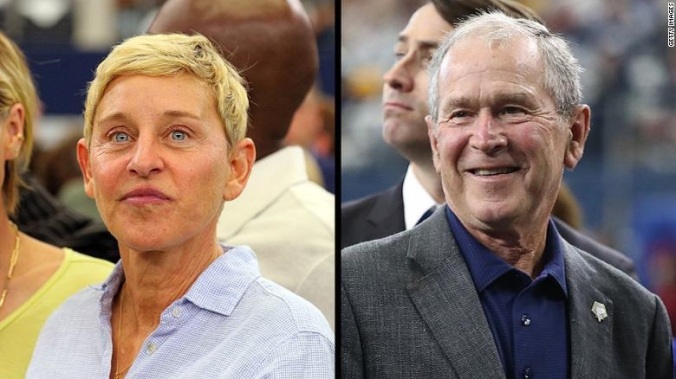 “We’re all different and I think that we’ve forgotten that that’s okay that we’re all different… but just because I don’t agree with someone on everything doesn’t mean that I’m not going to be friends with them.”

“When we were invited, I was aware that I was going to be surrounded with people from very different views and beliefs. And I’m not talking about politics… I was rooting for the Packers. So I had to hide my cheese hat in [her spouse] Portia’s purse. People were upset. “They thought, why is a gay Hollywood liberal sitting next to a conservative Republican president?… A lot of people were mad. And they did what people do when they’re mad… they tweet.”

If they are morons, that is. These are the people who harass those wearing MAGA hats, who won’t speak to family members who voted differently than they did, who seek to boycott companies and individual who contribute to causes they oppose. They are unethical citizens and corrupted human beings. END_OF_DOCUMENT_TOKEN_TO_BE_REPLACED