My father loved Sousa marches. So do I. Sousa was a genius in a very narrow range, but a genius he was. The Liberty Bell was one of my dad’s favorites. Here is a great website to familiarize yourself with the great march-master’s creations; it has instant links to each march.

1. Since it has done such a superb job ensuring world peace, the U.N. moves on to the important stuff… Unesco has issued a report claiming that having female voices in machines like GPS’s, smartphones and personal assistant devices reinforces gender stereotypes and enables the oppression of women. From the Times:

“Obedient and obliging machines that pretend to be women are entering our homes, cars and offices,” Saniye Gulser Corat, Unesco’s director for gender equality, said in a statement. “The world needs to pay much closer attention to how, when and whether A.I. technologies are gendered and, crucially, who is gendering them.”One particularly worrying reflection of this is the “deflecting, lackluster or apologetic responses” that these assistants give to insults. The report borrows its title — “I’d Blush if I Could” — from a standard response from Siri, the Apple voice assistant, when a user hurled a gendered expletive at it. When a user tells Alexa, “You’re hot,” her typical response has been a cheery, “That’s nice of you to say!” Siri’s response was recently altered to a more flattened “I don’t know how to respond to that,” but the report suggests that the technology remains gender biased, arguing that the problem starts with engineering teams that are staffed overwhelmingly by men. “Siri’s ‘female’ obsequiousness — and the servility expressed by so many other digital assistants projected as young women — provides a powerful illustration of gender biases coded into technology products,” the report found.

Gee, that’s funny: I thought the reason a woman’s dulcet tones were used in such devices is because they were easier on the ear than, say, HAL. Nor would it occur to me that a woman was being subservient or submissive when the female voice was coming from a lump of metal and plastic on a table.

FACT: Yes, a consumer should have the option of having a device speak in a male or female voice.

FACT: If the owner of such a device wants to insult it, make sexual comments to it, or crush it with a hammer, that’s none of the U.N.’s business.

FACT:  Programming AI to be adversarial to its owner, whatever voice the device is using, is unethical, and, obviously, bad business.

Unesco’s report is the epitome of manufactured offense. END_OF_DOCUMENT_TOKEN_TO_BE_REPLACED 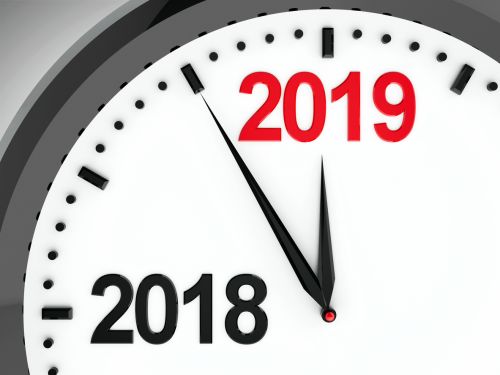 1. Double standards inquiry: Will someone please explain to me why this magazine cover, which made O.J. Simpson blacker than he really is…

was universally condemned as racist, and this current cover of New York Times Magazine, making the late Aretha Franklin look like a ravenous rotting zombie from Hell..

…is just an artistic choice? (ARRGHHHHH!!!)

2. And speaking of looks…It is impossible not to notice that TV commercials are increasingly featuring overweight, ordinary-looking actors instead of the impossibly beautiful people who once were the automatic choices to sell products. This is an ethical development for the culture generally, and should help children develop more realistic aspirations regarding their own appearance. Now if only TV dramas would adopt the same inclusive casting policies—a particularly egregious candidate for reform is “law and Order” creator Dick Wolf.  His old series cast one eye-popping beauty after another as the male ADA’s sidekick, and now he is stocking his current NBC line-up of Chicago Med, Chicago Fire, and Chicago PD, with police women, female firefighters and distaff doctors who would be right at home in the pages of Vogue.

3.  More on “Enemies of the People”: Novelist and conservative gadfly Sarah Hoyt has issued a spirited defense—okay, it’s a screed, a rant even— of President Trump’s characterization of the news media, going over ground I have covered (most recently here and here), but with special brio. Read the whole thing— she is mostly right, if a bit hyperbolic and inflammatory—but here are some highlights: END_OF_DOCUMENT_TOKEN_TO_BE_REPLACED

Australian Cardinal George Pell was convicted in Melbourne this week on five counts of child sexual abuse. This made him  the most senior official ever found guilty in the Catholic Church’s apparently endless child sexual-abuse scandals. The judge in the case, Peter Kidd, immediately subjected news of Pell’s conviction to a suppression order, the Australian equivalent of a gag order, on press coverage. Australian courts impose such orders to shield defendants from negative publicity that could prejudice future jurors in upcoming trials, and  Pell faces another trial next year on a separate set of abuse charges dating to the 1970s. Of course, the more the public knows about how many predator priests the Catholic Church has facilitated, covered up for, and allowed to prey on children, the safer it is. I am not convinced that this suppression of news isn’t a sop to the Church. Judge Kidd told defense and prosecution attorneys that some members of the news media are facing “the prospect of imprisonment and indeed substantial imprisonment” if found guilty of breaching his gag order

Never mind:  the web, social media and the Streisand Effect foiled the judge. Pell and the charges against him were quickly the subject of thousands of tweets and shared posts on Facebook. The posts included links to websites and blogs where the news was available, including NPR, the Daily Beast and the National Catholic Reporter.

The Washington Post reported the conviction, but the New York Times did not. The Times’ deputy general counsel, David McCraw, gave the excuse that the newspaper is abiding by the court’s order in Australia “because of the presence of our bureau there. It is deeply disappointing that we are unable to present this important story to our readers in Australia and elsewhere. . . . Press coverage of judicial proceedings is a fundamental safeguard of justice and fairness. A free society is never well served by a silenced press.”

So don’t be silent then.

The Associated Press and Reuters news services also did not report Pell’s conviction.  Both services have bureaus in Australia that could face potential liability. Tell me again about how courageous news organizations are.

END_OF_DOCUMENT_TOKEN_TO_BE_REPLACED 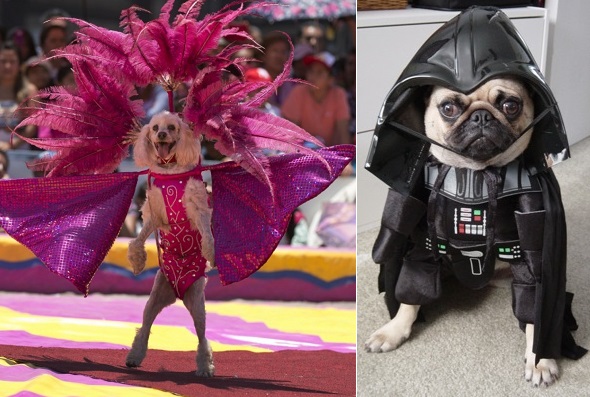 In an article in its business section that screams desperation, the Washington Post examined the earth-shattering issue  of whether PetSmart sells sexist dog costumes for Halloween. I suppose an argument can be made that this really is newsworthy, since the fact that some feminists and those in the throes of end-stage political correctness mania have actually registered objections about this does confirm the theory, bolstered by our current Presidential campaign, that the nation is losing its collective mind, and not all that slowly, either.

Apparently PetSmart places gender labels on its Halloween dog costumes, so firefighter and police officer outfits are for male dogs, while the owners of female dogs must choose between “a pink cowgirl costume and pink loofah.” On the website BaxterBoo.com, female canines are pointed towards the “sweetheart nurse” garb or the ever-popular “French maid.”

Never mind that: who wants to be caught dead doing anything on a website called “Baxter Boo”?

Scott Lawrie, who co-hosts a gender-focused podcast called, “She will not be ignored,”’ told the Post,

“It seems silly on the surface, but this is part of a larger message we’re sending, that there are certain jobs for men, and certain jobs for women. The career options for women — and dogs — need to go beyond pink loofahs and pink cowgirls.”

No, Scott, it’s silly all the way down: END_OF_DOCUMENT_TOKEN_TO_BE_REPLACED