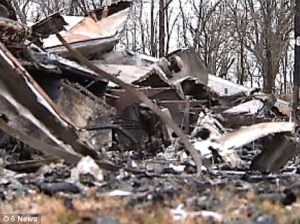 Just in time for Christmas, we have the heart-warming story—or just plain “warming”—of the South Fulton (Tennessee) Fire Department once again standing by as someone’s home burns down.  Ethics Alarms wrote about this  outfit doing the same thing in 2010, following Obion County policy: pay the yearly $75 fire department fee, or be prepared to put out your own damn fires.

In 2010, it was the home of a cheapskate named Gene Cranick, who, like the people who can afford health insurance but don’t buy it anyway, figured that his  community would still do the right thing if the worst happened, so he gambled to save the money.  The South Fulton Fire Department did the right thing, all right, at least according to Obion County officials. They let his house go up in flames.

I am haunted second thoughts about awarding Obion County the title of Unethical Community of the Year.

For one thing, it is only October, and there is a lot of time for another unethical community or more to reveal its lack of decency to the nation and the world (and then to have Keith Olbermann declare that it represents the ideal for Tea Partiers). Still, I am having a hard time imagining anything worse for an American community than directing its fire department to let a human being’s home burn down, whether or not the homeowner has three dogs and a cat (as Mr. Cranick did, and I emphasize did), because that human being didn’t pay a $75 fee.

The real reason I am having doubts, however, is the horrible tale that came to light this past spring.  END_OF_DOCUMENT_TOKEN_TO_BE_REPLACED

In Obion County, Tennessee, a man’s home burned to the ground as the local fire department refused to do anything about it. The homeowner, Gene Cranick, had refused to pay a County fee for fire control services from the neighboring city of South Fulton. It was understood that only homeowners paying the fee would be provided assistance by the fire department, but Cranick, the sly fox, decided to test the system. Not only did he start burning rubbish in his back yard, he let the fire spread to his home. Then, in a panic, he dialed 911 and offered to pay whatever it would take for the South Fulton firefighters to put out the flames…but was told it was too late.  They wouldn’t do anything to stop his house from burning down. They did arrive to help put out the fire when it spread to Cranick’s neighbor’s home, but then he had paid the $75. END_OF_DOCUMENT_TOKEN_TO_BE_REPLACED