Newsom signed a bill yesterday to limiting the use of hip-hop lyrics as evidence in the criminal trials of rappers, a blatant sop to the African-American fans of the artists, inevitably black, who have an alarming record for assaulting, battering, raping or killing people

The law, welcomed by rappers, their fans, record producers, record industry executives and Black Lives Matter, is the first in the country to ensure someone’s “creative expression” is not used to “introduce stereotypes or active bias” against a defendant or be used as evidence in a trial against them. Yes, that would be because Assembly Bill 2799 is an unnecessary law that would only surface in one of the very few states so thoroughly addled by extreme Leftist ethics rot that such a monstrosity would even be considered without causing crippling laughing fits. A similar bill in New York failed earlier this year—yes, New York is one of those states.

END_OF_DOCUMENT_TOKEN_TO_BE_REPLACED

I held out this terrific Comment of the Day by Isaac for almost a week, waiting for just the right moment. The right moment occurred when I decided that having to write one more word about mass shootings, “the resistance” losing its mind, or the news media finally giving up any pretense of competence and objectivity would turn ME into a mass shooter. The topic here is hip-hop and “beat-jacking,” of which I previously knew nothing.

Intentionally appropriating someone else’s song and adapting it, without permission from the original artist, I think would be considered unethical. In hip hop parlance this is “jacking,” “beat jacking” or “biting” and is considered okay by no one, even though it happens all the time. Hip hop history is filled with drama and fighting over stolen beats and songs. But where, if anywhere, the law needs to come in on this is a mystery. It’s near impossible to prove what’s intentional and what isn’t.

The line between “beat jacking” and just “sampling” (the foundation of hip hop and a few other genres) can be blurry but there is a difference. Here’s a quick and dirty guide:

-If you pull an MC Hammer or Vanilla Ice and basically perform karaoke over someone else’s music, that is obvious beat-jacking and you face cultural rejection and/or retribution. It’s also FIRMLY illegal to do this now, and it was toeing the line when Hammer and Ice did it (Vanilla Ice was forced to pay up despite having slightly changed the famous bass line of “under pressure” for his lousy song.) The more well-known the original, stolen song is, the less likely your peers will tolerate this, legal or not. END_OF_DOCUMENT_TOKEN_TO_BE_REPLACED

Let’s hear it for Nicki Minaj, everyone! Such a profound insight on the nature of character!  And what an idiot!

Somewhere, somehow, even before Maxine Waters decided to sic every frustrated progressive on Trump officials who just want to enjoy every citizen’s right to the pursuit of happiness, the unethical concept that it is acceptable, indeed virtuous, to harass, harm and and attempt to destroy people because you don’t agree with them took root. Social media has been a prime carrier of this uncivilized and undemocratic plague, and this was a recent, and frightening, example.

Wanna Thompson is a freelance writer based in Toronto whose personal website and social media accounts give her a platform as a cultural critic. Last month  she posted a tweet  about recording and concert artist Nicki Minaj, whose nasal voice is among the most irritating sounds in all of hip-hop. Thompson was trying to prompt a discussion–you know, like I do on Ethics Alarms.

“You know how dope it would be if Nicki put out mature content?” she wrote to her then 14,000 or so Twitter followers. “No silly” stuff, she added, “Just reflecting on past relationships, being a boss, hardships, etc. She’s touching 40 soon, a new direction is needed.”

In an epic instance of punching down and abusing celebrity power, the thin-skinned Minaj attacked the woman on social media, and triggered her many fans to do the same. END_OF_DOCUMENT_TOKEN_TO_BE_REPLACED

The song is ranked #243 on the Rolling Stone magazine’s list of The 500 Greatest Songs of All Time.The lyrics (the song was written by Ernie Maresca) , for those of you who are lyrically challenged, are as follows… END_OF_DOCUMENT_TOKEN_TO_BE_REPLACED

Unless someone figures out how to blame this incident on President Trump, I am gradually coming to the conclusion that my conviction that electing him would cause the United States to become a nation of assholes was mistaken, because the culture was  on a water slide toward that result already.

A member of the Raleigh Police Protective Association (RPPA) reported on the group’s Facebook page that the staff, including the manager, of Raleigh’s Smithfield’s Chicken & Barbeque on Jones Sausage Rd.  sang “Fuck Tha Police” a while a number of officers of the Raleigh Police Department were dining at the restaurant.  The hip-hop classic…yes, a song called “Fuck the Police” is considered a classic, which explains why I have no interest in hip-hop, except as a corrosive force in our culture, and especially the black culture—includes the trenchant and moving  chorus, evocative of Sondheim at his lyrical peak,

And I thought regular singing waiters were annoying… END_OF_DOCUMENT_TOKEN_TO_BE_REPLACED

Hip hop artist Snoop Dogg is desperate for some publicity, I guess, so why not troll President Trump?  He’s issued a music video of the song  “Lavender,” in which a Trump-imitating actor in clown makeup is sort of assassinated by the singer. This is art. It poses no threat to the President. Tasteless? Ugly? Provocative? You decide. Whatever you decide, however, the President’s tweet is factually wrong. Ken White explains at Faultlines:

This is all nonsense…First Amendment analysis isn’t mathematics, but it’s not philosophy, either. The rules, and how they have generally been applied, are knowable. The rules for whether a statement can be taken as a criminal threat against the President have been clear for 47 years, since Vernon Watts talked about putting LBJ in the sights of a hypothetical rifle. The rules governing claims of “incitement” are even clearer. Unless Snoop Dogg’s video was intended to produce, and likely to produce, imminent lawless action, or was intended as and objectively understandable as a sincere expression of intent to do Trump harm, it’s not criminal. Period. This is not a close or ambiguous call.

Correct. Now, as regular readers here know, I have an abundance of tolerance for the President’s tweeting. It’s not dignified, and it undermines his authority and dignity, and it embarrasses the government and degrades the office. Most of the tweets, however, are just stupid.

This one, however, misstates the law, and, as White points out, the President is sworn to protect the laws of the United States. You don’t protect them by misrepresenting them, or by miseducating citizens who are just as ignorant of the law as the President is.

This can’t be put off any longer: if he is going to keep tweeting, the President’s tweets have to be vetted by a lawyer.

NOT this one, though. 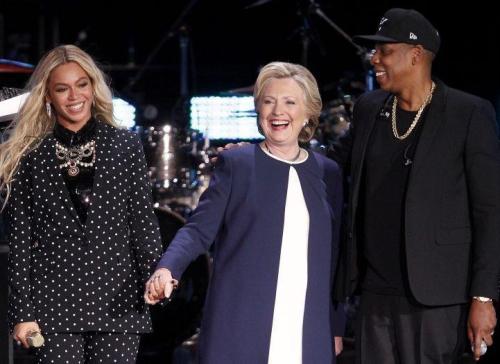 Hillary Clinton participated in a star packed concert yesterday with a concert featuring Jay Z, Beyoncé, Chance the Rapper and Big Sean, all to inject enthusiasm for her shaky campaign t among African-Americans and younger voters, because anyone else would rip their ears off and feed them to a shredder rather than listen to this stuff.

“I want my daughter to grow up seeing a women lead our country and knowing that her possibilities are limitless,” said Beyoncé. “And that’s why I am with her.”

Beyoncé and her husband Jay-Z have also spent the past year lucratively linking their art and promotion to Black Lives Matter and demonizing police as racist killers. Is Hillary Clinton with them?

END_OF_DOCUMENT_TOKEN_TO_BE_REPLACED

I wouldn’t mess with this guy, Ryan.  No way. But be my guest…

The real mystery for me in this silly scenario is why the rapper would think he could publicly promise a $1 million reward and not have to make good on it. Any rational theories will be received with pleasure.

Ryan Leslie, who has penned a hit song or two and performs as a hip-hop artist himself, had his laptop and external hard-drive stolen while he was on tour in Cologne, Germany two years ago. Apparently he felt that the demos and songs on the equipment had potential, because he offered $20,000 for the laptop and hard-drive’s return. When that didn’t work, he upped the reward to $1 million. A man named Armin Augstein found the computer while walking his dog in a park not far from where the computer had been taken, and he turned it over to German police. When the man claimed his reward, Leslie refused to hand it over, claiming that Augstein must have been involved in the theft, though police found no evidence supporting that allegation. END_OF_DOCUMENT_TOKEN_TO_BE_REPLACED 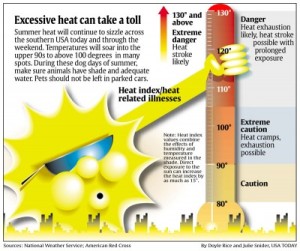 What? Is there something wrong?

There is not a lot to say about the graphic above, other than:

The media, its staff, celebrities and assorted vulgarians and boors seem to be determined to make public square America as uncivil as a locker room, as crude as a peep show, and as juvenile as a junior high school farting contest. Professionals, including USA Today editors and publishers, can either do their duty and discourage this intentional rudeness in their products and services, or shrug it away. Similarly, our culture needs to decide if we are going to just define our deviancy down some more, and accept gratuitous sexual innuendo that will gradually make the whole population into a bunch of snickering Beavises. END_OF_DOCUMENT_TOKEN_TO_BE_REPLACED

Imagine that your wife’s brother, who is also one of your best friends, is in trouble. He is ruining his health, career and reputation with habitual drug use and other self-destructive behavior. He seems to be deluded, yet his business associates and friends are enabling his behavior. A tragedy is  unfolding, and no one seems to care.

What do you do? END_OF_DOCUMENT_TOKEN_TO_BE_REPLACED