There are three steps to evaluating the ethical nature of any law or government action. The first is what was done. The second is how it was done. The third, and usually most difficult to assess, is why it was done, and whether the measure’s objectives are ethical, including whether the measure can reasonable be expected to accomplish them. . What President Trump’s controversial Executive Order temporarily halting immigration from seven Muslim nations is was covered in the previous post on the subject. Thanks to the fact that our mainstream journalists are incapable of reporting some news events without allowing their biases to distort or confuse the facts, the what was misrepresented to the public, and that misrepresentation is reflected in most discussions of the relevant issues on the web.

How the measure was implemented is an ethics  issue, as this involves competence, responsibility, accountability, diligence and leadership.

The Executive Order was incompetent and irresponsible.

There, that was easy.

It’s nice to be able to post an analysis here that nobody will disagree with. Usually I don’t even bother posting such verdicts.

The sudden order (you can read it here) caused world-wide confusion. Passengers were barred from flights to the United States. Customs and border control officials received notice and instructions in the wee hours of the morning, and many began work without knowing what they were supposed to do.  The order  blindsided Trump’s cabinet—what there is of it so far—including Homeland Security chief John Kelly and, incredibly, “Mad Dog”  Mattis, the new Secretary of Defense, who was not consulted by the White House during the preparation of the order and was not given an opportunity to provide input while the order was being drafted. Mattis did not see a final version of the order until a few hours before President Trump arrived to sign it at the Pentagon. Now he really has reason to be be mad. END_OF_DOCUMENT_TOKEN_TO_BE_REPLACED 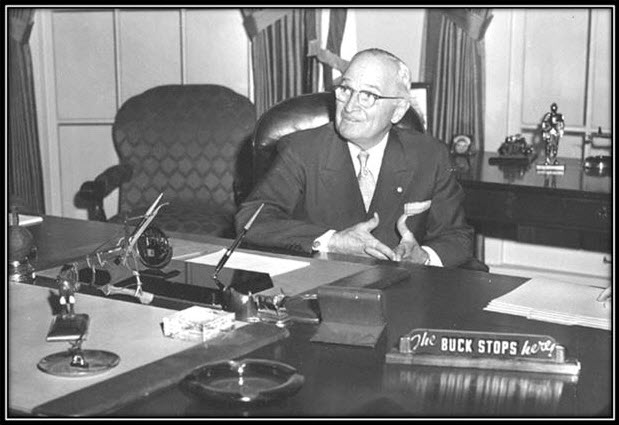 At a government legal ethics seminar a week ago, one of my attendees told me of the nightmare he and his family were going through because all of his personal data, including confidential information from his FBI background check,and his fingerprints, were now available to those hostile to the US, and potentially hostile to him. He was furious. He trusted his government, and it proved incompetent…as usual, under this President

The data stolen from the Office of Personnel Management affected 22 million Americans directly, and indirectly many more, through their now imperiled families. It took an almost unimaginable amount of pure gall, as well as a complicity and incompetent news media, for President Obama and his supporters to be  claiming status a transformational leader because of a Supreme Court decision that was inevitable and that he had no hand in at all, while two more federal agencies  run by his appointees—Homeland Security is supposed to prevent such attacks— had failed the American people in epic fashion. END_OF_DOCUMENT_TOKEN_TO_BE_REPLACED

…unless the government feels like it, in which case it’s just fine. Got that?

Shortly after the bombs went off in Boston, we were told that a “person of interest” was in custody and undergoing questioning. As detailed in a New Yorker piece, the young man who was apprehended and interrogated for five hours became a person of interest for one reason and one reason only: he “looked like a terrorist.” He was a Saudi national with a foreign name, and despite the fact that he was wounded in the blasts and acted no differently from any of the other horrified victims in the crowd, he was detained and his apartment was searched. Ultimately it was determined that he was innocent of wrongdoing, and he was released.

Except I was under the impression that this practice, which is racial profiling beyond any question, was something this administration and the Dept. of Homeland Security rejected philosophically and practically. It is wrong, and it doesn’t work—or so those of us who are sick of going through invasive and time-consuming screenings at airports are told when we dare to suggest that there may be a better way than feeling up six-year-old girls and senile old men in wheelchairs. The conduct of agents and law enforcement officials in apprehending the young man for his garb, name and the color of his skin shows either that our government doesn’t really believe what it is telling us about profiling, or that it is willing to discard its human rights principles when the pressure is on. Which is it? I see no third explanation END_OF_DOCUMENT_TOKEN_TO_BE_REPLACED

Michael Arrington is a tech publisher and blogger who made a good amount of money selling his previous blog, Techcrunch. He bought a boat with some of it, a nice one, with state of the art electronics. On the day his new toy was to be delivered, he had to work through customs and Homeland Security paperwork, since the boat was built in Canada.  Something went wrong, something stupid.  He writes,

“My job was to show up and sign forms and then leave with Buddy (WA sales tax and registration fees come a week later). DHS takes documents supplied by the builder and creates a government form that includes basic information about the boat, including the price. The primary form, prepared by the government, had an error. The price was copied from the invoice, but DHS changed the currency from Canadian to U.S. dollars. It has language at the bottom with serious sounding statements that the information is true and correct, and a signature block.”

It’s serious all right. It is a government form, and signing it is a legal attest that the information is correct. Arrington continues, END_OF_DOCUMENT_TOKEN_TO_BE_REPLACED

"Would you cut the comedy please? I'm trying to feel you up!"

A retired Air Force Lt. Colonel apparently was arrested at a TSA airport checkpoint after she refused to stop reciting the Fourth Amendment of the Bill of Rights (“Searches and Seizures”) while she was being screened. You can read her account here.

I’m not going to jump on the bandwagon of the various commentators from both sides of the political spectrum who are leading condemnation of the incident. My interest is in the ethics of the encounter and its subsequent reporting, as I do not see this as an example of official abuse and suppression of rights.

I object to much of how the Department of Homeland Security and the TSA has handled airport screening policy since 2001, as I discussed in this post and elsewhere. I agree that the public should not meekly accept what it regards as unjustified intrusions on their privacy, dignity and health, and that complaining, petitioning the government, putting pressure on elected and appointed officials and leveling criticism in various forums is a necessary and reasonable response. Nevertheless, the episode described in the accounts of this arrest has been mischaracterized. It was a situation in which TSA agents were placed in an impossible situation for the purpose of generating third-party indignation. The woman engaging in the protest also targeted individuals who can only be called innocent parties, the TSA screeners. They have a job, they have procedures to follow, and they have to follow them. They also have a lousy job, having to brush up against the privates of strangers while being glared at or verbally abused.

My question, as with many protests, is, “What was the objective here?” To be as annoying as possible? To cause a scene? To let everyone in the vicinity know that the woman objected to the procedures? To come as close to interfering with the screening process as possible without justifying an arrest? To get her name in the papers? To delay her fellow passengers, most of whom just want to get through the vile process and make their flights?

Or to get arrested? END_OF_DOCUMENT_TOKEN_TO_BE_REPLACED 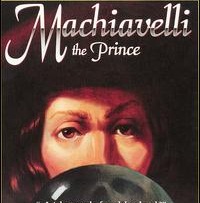 The President has been doing his summer reading

The ultimate descent of character for any elected leader is when he or she places the retention of political power above core governing principles and the best interests of the governed. I did not expect Barack Obama to sink to that state, but with the announcement yesterday of his cynical and unethical refusal to enforce the immigration laws, he has.

His administration declared yesterday that it will grant an indefinite reprieve to thousands of illegal immigrants facing deportation, and permit them to stay and work legally. This, of course, does more than effect those apprehended illegals: it signals millions more that they are in no danger of having to be accountable for ignoring U.S. immigration procedures, and signals future illegals that the borders of the United States are essentially open. END_OF_DOCUMENT_TOKEN_TO_BE_REPLACED 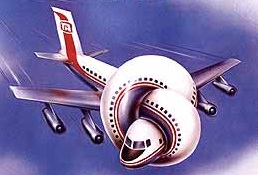 We should be ashamed of ourselves.

I have complained, more than once, about the naked greed and obvious incompetence displayed by the airlines charging $25 or more to passengers who check luggage. The results of this reverse incentive are that people carry on too many, and too large bags, boarding takes longer, and flights are delayed. Passengers talk about the idiocy of the policy all the time. So do the airline attendants. Anyone can see how dumb the policy is. The smart approach would be to charge for anything carried on other than a handbag or briefcase, and make checked luggage free. Boarding would be faster and there wouldn’t be passengers using the sneaky (but effective!) trick of carrying a piece of luggage through security only to check it at the gate at no charge when the airline personnel makes the routine plea for passengers to free up luggage bin space by doing so. END_OF_DOCUMENT_TOKEN_TO_BE_REPLACED

I, like you, have been reading and listening to my various “My Obama, may he always be right, but my Obama, right or wrong” friends try to argue that having TSA agents sexually assault non-consenting adults is a perfectly reasonable and benign exercise of government power. I, like you, am tired of the posturing and excuse making. Their arguments, in essence, all boil down to: a) they have no choice b) they have our best interests at heart c) it’s no big deal, and 4) trust them, they know what they are doing.

I suggest that you, as I will, pose the following questions to your trusting friends, perhaps beginning with a preliminary query regarding whether they themselves have undergone the humiliating and invasive pat-down procedure that they so willingly approve of for others.

Then ask them these: END_OF_DOCUMENT_TOKEN_TO_BE_REPLACED

We may be seeing a sterling example of the innate American resistance to intrusive and excessive authority, just when it looked as if many citizens were prepared to  accept reductions in their dignity, privacy and freedom that past generations would never have countenanced.

As usual, the fuse has been lit by a combination of incompetence, bad management, and arrogance. Since the tragedy of 9-11, airplane passengers have been remarkably passive and tolerant in accepting increasingly inconvenient and de-humanizing security procedures at airports. They have allowed political correctness to hold sway over fairness and logic, subjecting decrepit seniors,  ten-year-old girls and U.S. Senators to aggressive wanding rather than employing reasonable profiling techniques. They have allowed near-miss terrorist attacks caused by sloppy Homeland Security procedures and execution to be addressed by punishing the public with increasingly more intrusive search techniques. But when new procedures involving full-hand body searches were recently instituted without due warning, while the new full-body scanning devices were standing unused because of a shortage of trained personnel, anger, resistance and traditional American refusal to be pushed around finally made their appearance. Why, passengers are asking, must they be molested to compensate for intelligence failures? Where are reasonable alternatives? Why are we being treated this way? END_OF_DOCUMENT_TOKEN_TO_BE_REPLACED

It’s an occupational malady: if your work involves thinking and talking about ethics, the increasingly unpleasant experience of travel becomes an ethics field trip. More than twelve hours spent in four airports and planes prompted these observations: END_OF_DOCUMENT_TOKEN_TO_BE_REPLACED