It would be nice if a genuine, rational libertarian candidate could be part of the national political debate. The problem is that there are no genuine, rational libertarians. To be genuine, a libertarian has to decide on his or her policy positions based on the dictates of the ideology, which is backwards: as a leader, rather than a professor or theorist, one must figure out what is going to work, and what you wish would work or what a pre-determined formula says should work are not germane to the issue. For proof of the flaw in the latter approach, all we have to do is consider the past seven years.

Thus libertarians are prone to saying things like, “The United States should never have entered World War II.” This has been a staple of Rand Paul’s deluded father, Ron Paul, and properly places pure libertarianism with pacifism, also known as Cloud Cuckoo Land. The Berrigans used to say the same thing, you know. I believe it was Philip who said that nobody tried passive resistance to defeat Hitler, so we’ll never know if it would have worked. When you say things like this for public consumption, you forfeit the privilege of being taken seriously. It is signature significance: your judgment can’t be trusted.

For me, Rand Paul’s libertarian moment of signature significance was when he questioned the need for the 1964 Civil Rights Act, essentially saying that the nation would have been just fine allowing people like Lester Maddox to chase African-Americans out of his restaurant with an axe handle, or bus drivers to force Rosa Parks to sit in the back of the bus until change occurred naturally, you know, like after the race war. Such statements are not isolated instances of momentary madness; they are markers of serious ethical and cognitive problems, and it was inevitable that the source of that opinion would have more of the same, and perhaps worse. END_OF_DOCUMENT_TOKEN_TO_BE_REPLACED

“I’m happy to say I don’t think that I’ve said anything inaccurate in any of the debates. And I’m extremely grateful for that. It’s a high-profile stage and so I’m grateful that I don’t think I’ve made a blunder.”

This quote occurred on November 25, and I missed it. It came to mind because the Washington Post did a long feature on Bachmann today as it profiled the Republican presidential contenders who haven’t been fingered by past paramours. As part of the coverage, Post “Fact checker” Glenn Kessler noted that of all the candidates, Bachmann has made the most statements that rated four “Pinocchios”, his rating system for dishonesty. Four puts a politician in the “liar, liar, pants on fire” category, and Bachmann’s metaphorical pants are always smoldering.

I think I missed this statement because I assumed the jig was up with Bachmann, and I could look elsewhere for topics. There are some public figures—Al Sharpton, Howard Stern, Sen. Harry Reid, Michael Savage, Joy Behar, Bill Maher (gasp for breath), Bill O’Reilly, Donald Trump, Mark Levin, and others—who violate principles of honesty, civility and fairness in their statements so regularly that I can just check their most recent comments on a slow news day and have something juicy to write about. But with these regular ethics violators there is little point in doing so. Their fans are so biased or corrupted that they are beyond reaching with reasoned analysis, and any objective, ethically grounded observer knows all about these culprits already. Bachmann is on the list; she is a charter member, in fact. END_OF_DOCUMENT_TOKEN_TO_BE_REPLACED

Bachmann finally jumped it, as we knew she would!

When I called Rep. Michele Bachmann unethical for her repeated uses of erroneous information in her speeches—announcing that the Battle of Concord occurred in New Hampshire, declaring the Founders spent their lives fighting slavery (and later justifying this whopper by saying that Founding Father’s Son John Quincy Adams qualified as a Founding Father himself), the Bachmanites were furious. “Anyone can make a mistake!” they argued.

Not these kinds of mistakes. As I wrote in July: END_OF_DOCUMENT_TOKEN_TO_BE_REPLACED

Wow, that was fast. 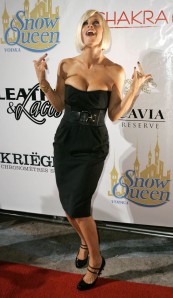 It didn’t take long for newly-minted GOP presidential contender Rick Perry, now leading in the polls, to tell us what we needed to know about his values and integrity.

He doesn’t have them.

Back in 2007, I awarded Perry an Ethics Hero designation for leading Texas to become the first state in the nation to mandate vaccination of young girls for the human papilloma virus, or HPV, which is sexually transmitted and can cause cervical cancer. “Requiring young girls to get vaccinated before they come into contact with HPV is responsible health and fiscal policy that has the potential to significantly reduce cases of cervical cancer and mitigate future medical costs,” Perry said then in a news release explaining his executive order. Now, however, Perry is declaring what I thought was a courageous decision four years ago “a mistake.”