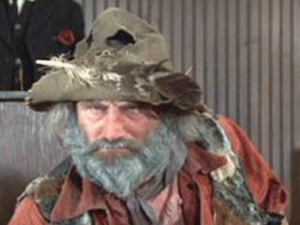 What do Mitt Romney, Ron Paul and Newt Gingrich have in common with "Blazing Saddles'" Gabby Johnson?

There were ethics revelations, lessons and cautionary tales in last night’s final debate before the Iowa Caucuses. The envelopes, please!

The Boy Who Cried Wolf Award

Bachmann  twice protested that she was constantly being accused of not having her facts right, when she really did. This is a hard lesson for people like Bachmann, but she might as well learn it now: when you habitually make factual errors and then deny that you made them, people aren’t going to trust you to be responsible with your claims or to be telling the truth. Nobody has spun as many whoppers and jaw-droppers as Bachmann in the last year, and nobody has more consistently tried to deny the truth when her misrepresentations were brought to her attention. Or to put it another way: once a candidate has claimed that 6th President John Quincy Adams, who was all of 8-years-old when the Declaration of Independence was signed, qualifies as “Founding Father,” nobody is going to credit your representation of “facts” whether they are accurate or not.