The above excerpt  is from “Is Everyone Really Equal? An Introduction to Key Concepts in Social Justice Education” by Özlem Sensoy and Robin DiAngelo. Apparently it has won awards, though I suspect not for what I would give it an award for. Here’s the description:

This is the new edition of the award-winning guide to social justice education. Based on the authors’ extensive experience in a range of settings in the United States and Canada, the book addresses the most common stumbling blocks to understanding social justice. This comprehensive resource includes new features such as a chapter on intersectionality and classism; discussion of contemporary activism (Black Lives Matter, Occupy, and Idle No More); material on White Settler societies and colonialism; pedagogical supports related to “common social patterns” and “vocabulary to practice using”; and extensive updates throughout. Accessible to students from high school through graduate school, Is Everyone Really Equal? is a detailed and engaging textbook and professional development resource presenting the key concepts in social justice education. The text includes many user-friendly features, examples, and vignettes to not just define but illustrate the concepts. Book Features: Definition Boxes that define key terms. Stop Boxes to remind readers of previously explained ideas. Perspective Check Boxes to draw attention to alternative standpoints. Discussion Questions and Extension Activities for using the book in a class, workshop, or study group. A Glossary of terms and guide to language use.

END_OF_DOCUMENT_TOKEN_TO_BE_REPLACED

I swear, when I wrote the recent post about the lawsuit against the use of the standard college admissions tests, I had not read nor was even aware of Heather MacDonald’s superb essay on the topic of the manipulation of higher education in pursuit of ideological domination. (Thanks and gratitude to Instapundit for the timely link.)

Here is a taste:

The social-justice diversity bureaucracy has constructed a perpetual-motion machine that guarantees it eternal life. Minority students who have been catapulted by racial preferences into schools for which they are not academically prepared frequently struggle in their classes. The cause of those struggles, according to the social-justice diversity bureaucracy, is not academic mismatch; it is the lack of a critical mass of other minority students and faculty to provide refuge from the school’s overwhelming bigotry. And so, the school admits more minority students to create such a critical mass. Rather than raising minority performance, however, this new influx of diverse students lowers it, since the school has had to dig deeper into the applicant pool. The academic struggles and alienation of minority students will increase, along with the demand for more diversity bureaucrats, more segregated safe spaces, more victimology courses, more mental health workers, more diverse faculty, more lowered standards, and of course, more diversity student admits. And the cycle will start all over again.

The ultimate social-justice solution to the skills and behavior gap is to remove the competition entirely. From the moment children enter school, they are berated for their white heteronormative patriarchal privilege if they fall outside a favored victim group. Any success that they enjoy is not due to their own efforts, they are told; it is due, rather, to the unfair advantages of a system deliberately designed to handicap minorities. Teachers are now advised to ignore white male students, since asking or answering questions in class is another mark of male supremacy.

Please read it all, here.

There will be a quiz.

How would regular Ethics Alarms readers expect me to say about this story?

An Arlington High School student (in Arlington, Mass.) filed a complaint with  police. alleging that a teacher history teacher assaulted her during school hours. Sadie Earegood confirmed with NEWS 7 that the teacher involved in the incident is Bernard Arthur, though the Arlington School District has not confirmed with us that the allegations against  him are true. Earegood claims ripped a “Dream Big, Fight Hard”  Elizabeth Warren pin off of her shirt…”He grabbed it and I pulled and I tried to push his hand away and he grabbed my shoulder, just kind of put his hand there, and then he started pulling more and more and I just started backing up.” The teacher then put the pin on his own shirt, upside-down, and said it “belonged that way.”

As regular readers know, I regard Senator Warren as one of the worst of a horrifying Democratic field, an unprincipled liar and a demagogue. Still, the ethics call on this incident would be unavoidable. No teacher has a right to touch a student and steal her property, not does one have the right to mock her for a political statement, however foolish it may be. If the story is true, the teacher has behaved unethically, and probably illegally. No one should support or sympathize with the teacher, or try to rationalize his conduct.

Well, the story isn’t true…not quite. It didn’t take place at Arlington High School (my alma  mater), but at Mason High School in Lansing, Michigan. The teacher is named Paul Kato. Oh..,one more thing! The button that the young student was wearing said “Women for Trump.” END_OF_DOCUMENT_TOKEN_TO_BE_REPLACED

What new fresh Hell is this?

Perhaps not quite what it appears to be. The mainstream media, hostile as ever to religion, and of course to Republicans, making this a happy twofer, widely described the bill recently passed in the Ohio House as “Under the law, students can’t be penalized if their work is scientifically wrong as long as the reasoning is because of their religious beliefs. Instead, students are graded on substance and relevance.”

Well, that would be crazy. Such a bone-headed law would allow a religious student to state a non-fact as fact (no, the Earth just isn’t 6,000 years old no matter what Williams Jennings Bryan said) but a non-religious student repeating the same error would be graded down. But is this really what the “Ohio Student Religious Liberties Act of 2019” requires?

Here’s what it says:

END_OF_DOCUMENT_TOKEN_TO_BE_REPLACED

Just to prove that reader commentary doesn’t have to be over 600 words (Technically known as “Alizia-length” on Ethics Alarms) to qualify as a Comment of The Day, here is Michael West’s COTD regarding the Governor of Wisconsin’s decree that the state Christmas tree is a “holiday tree” and his call for the ornaments traditionally submitted by Wisconsin children be “science-themed,” from the post, “High Noon Ethics Warm-Up, 11/12/2019: Laser Eyes And Science Trees”:

What part of Christmas do they hate? The individual and spontaneous demonstrations of generosity, spawned entirely from personal choice free from central coordination and bestowed as private individuals see fit free from oversight? 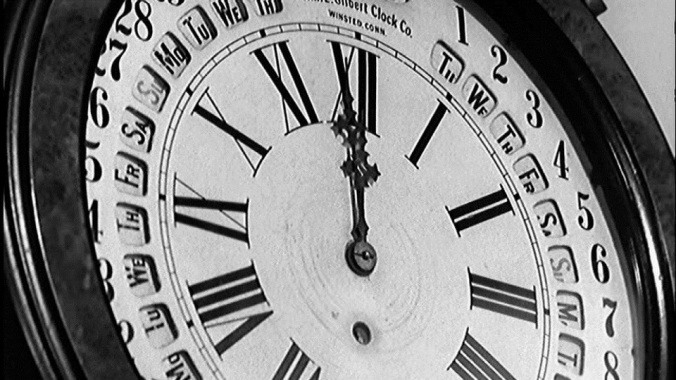 Sirius XM already has two Christmas stations operating, emulating Hallmark, which is showing nothing but cheesy Christmas movies starring B and C list actors (Candace Cameron Bure is one of the better known ones) all day long. Is there some significance to this rush to get to Christmas? Is it because everyone is so nasty and hostile that there is some kind of collective yearning for peace on earth and good will toward men, womyn and non-binary trans-pan-sexuals to arrive by cultural fiat? My wife is betting that the effort will just make everyone thoroughly sick of Christmas by the time we get there. Elmo learned, in a Sesame Street Christmas Special, that if every day is Christmas, nothing is.

But I digress…The reason I noted this was that I just heard Kelly Clarkson’s “My Grown-Up Christmas List” on the “Holiday Traditions” channel (I deemed it a better bet than The Doors, and “:Please Mister Custer”) and finally listened to the lyrics:

Yeesh. Those are grown-up wishes? They are if “grown up” means ten-years-old.

I. One more ominous example of the Left channeling old fashioned totalitarianism..I knew that San Francisco was erecting a mural dedicated to the Climate Change Bullies’ own  Joan of Arc, creepy Greta Thunberg, but I didn’t realize how huge it was going to be. The conservative satire site the Babylon Bee joked that her eyes would be equipped with lasers to zap SUVs, at least I thought it was a joke. Legal Insurrection writes,

Instead of focusing on issues of sanitation, job creation, or at least ensuring there are more high school students than drug addicts in the city, activists have chosen to honor Swedish “climate crisis” activist Greta Thunberg with a giant mural that will grace the skyline.

The mural is still a work in progress, as Cobre is spending his days hoisted high up on a platform about 10 stories above Mason street, on the side of the Native Sons building near Union Square.

Thunberg is the 16-year old from Sweden who has inspired young people all over the world to take to the streets and let older people know they want climate change to be taken seriously.

“What I want from people is to realize have to do something for the world,” Cobre said. “Otherwise, it’s going to be the beginning of our extinction.”

And it’s a beautiful day…

1. Probably the last Boston Red Sox baseball ethics note of the 2019 season…In yesterdays’ meaningless afternoon game with the Texas Rangers, the Sox, who will finish the season an incredible 24 wins or more worse than last season’s championship team despite essentially the same squad and no major injuries, faced starter Mike Minor, who was seeking to end his season with 200 strikeouts, a milestone that might earn the free-agent-to-be an extra million or so on the open market this winter.

Minor entered his last start of the season at 191 strikeouts, and began the top of the ninth inning with 199 and a solid lead. Sox catcher Sandy León flied out to left field for the first out, bringing up sub-.200 hitter Chris Owings.

[Notice of Correction: Apologies to Chris Owings fans, if there are any, for originally misstating that Owings was a minor league call-up. In fact, he had been a journeyman infielder with the NL Diamondbacks. for six seasons until landing in the AL this season.Thanks to Other Bill for setting me straight. ]

With a 1-1 count, Owings popped up a pitch  halfway down the first base line in foul territory. Rangers first baseman Ronald Guzmán appeared to let it drop, trading out #2 for strike #2, and thus giving Minor a shot at his 200th strikeout. Minor got it when routinely incompetent home plate umpire CB Bucknor called strike three on a ball well out of the strike zone.

Manipulating the game’s results so a player can fatten his stats is unethical and hurts the integrity of the game. Guzmán  and the Rangers should be fined by MLB.

2. Our unprofessional, biased and untrustworthy public schools. Watson B. Duncan Middle School in Palm Beach Gardens, Florida is investigating a teacher who included this question on a test: