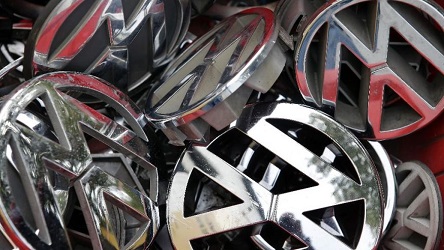 In case you were too distracted by the Pope, you probably noticed that Volkswagen has been caught red-handed in a massive scandal involving cheating on the emissions testing of 11 million diesel-powered cars sold in recent years. The costs to the company may be as much as eighteen billion dollars in the US alone. This is by far the biggest of the many automotive scandals—the fiery Pinto, GM’s deadly ignition switches, Toyota’s self-accelerating cars or Ford-Firestone’s exploding tires—in scope, if not in public policy impact.

Diesel is more popular in Europe than in America, in large part because of environmental testing standards. Gasoline engines emit more carbon dioxide, diesel engines, which are more efficient fuel-wise, emit far more nitrogen oxides (NOx) than gasoline engines. Since the introduction of the US Clean Air Act of 1970, NOx emissions are subjected to more stringent controls than CO₂ emissions here, while across the pond, CO₂ is more tightly controlled than NOx. Thus diesel automobiles make up one third of the passenger vehicle fleet in Europe, but are a relative rarity in the U.S. The sales of diesel cars has been on the rise in recent years, however. Now we know why.

Volkswagen, which manufactures many of the beasts, devised and installed a code functioning as a “defeat device” to sense when one of its diesel vehicles was being tested for nitrogen oxide emissions. test. Once a test was detected, the software would reduce torque and NOx emissions, while under normal conditions, that is, when the vehicle was not being tested for emissions, the car would be guided by a separate program that would increase acceleration, torque, and fuel economy.