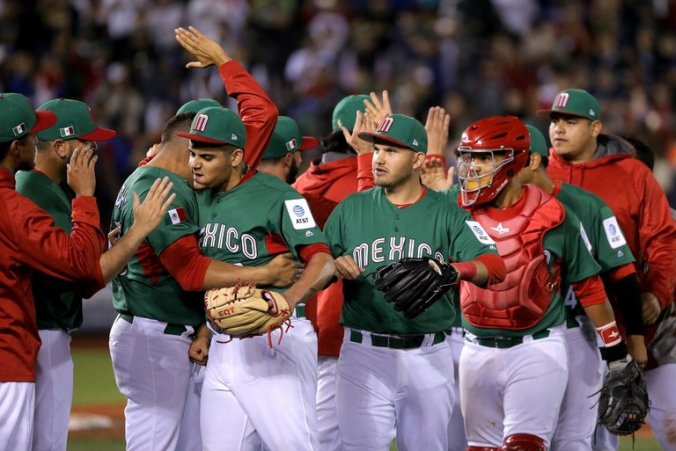 Rationalization #30. The Prospective Repeal: “It’s a bad law/stupid rule,” is a widely employed ethics dodge, used by everyone from drug dealers to tax cheats. It doesn’t mean that many rules are not bad and stupid however. The World Baseball Classic just demonstrated its management’s incompetence with one of them. As is often the case when bad rules and laws prevail, injustice is the result.

Sixteen national teams are competing in the World Baseball Classic, a relatively new baseball tournament played during MLB’s  Spring Training. There are five pools of teams in an elimination tournament. The competitors this year (the tournament is held every four years, sometimes three—never mind, they are still working it out) are Japan, Taiwan, China, SOUTH Korea (the first version of this post erroneously said “North”—wishful thinking on my part), Mexico, Cuba, Columbia, Puerto Rico, the Dominican Republic, Venezuela, Australia, Italy, the Netherlands, Canada, the U.S., of course, and…Israel. Pool competition just ended (the US is moving on to the next round) and Mexico, Venezuela and Italy all finished with records of 1-2 in their pool games. The tournament doesn’t have time for extended play-off games, so a tie-breaker was triggered.

1. There is near unanimity in the response to the non-indictment by the Staten Island jury in the Eric Garner case. In light of the graphic video, it is hard to see how there wasn’t probable cause to indict. The coroner verdict of “homicide” would see to provide sufficient evidence all by itself. However, in the absence of the complete record of what the grand jury heard and saw, nobody can be certain that this was a miscarriage of justice. However, given the context of the case and its deleterious impact on faith in the justice system, that is no solace and scant mitigation. As in Ferguson, it is prudent and essential that the public see what the decision was based upon. It is true that those who are determined to see injustice, bias and racism will do so regardless of what the evidence shows–again, as in Ferguson—but the only evidence that has been made public, the various videos and the officer’s testimony–only makes the non-prosecution more suspicious.

2. Can the non-prosecution be justified? If so, the only reason I can see would be lack of proof of causation. Causation is tricky, and  juries get confused about how to analyze it. Since it is fair to assume Daniel Pantaleo did not intend to kill Eric Garner, the issues are a) whether his actions during the arrest were negligent, and b) whether they were the proximate cause of Garner’s death. That his conduct was negligent is not enough to sustain and indictment—that negligence had to be the reason Garner died. Remember, he was not choked to death. The medical examiner ruled that Garner died from a collection of factors: compression on his chest and throat, the position he was forced into, his obesity, weak heart, and asthma, all causing asphyxia.

In the widely seen video of the arrest, Pantaleo can be seen with his arm around Garner’s neck as Garner is taken to the ground and for some time thereafter, but in watching the video it’s difficult to determine whether Garner was in fact choked. And if he was, it did not appear it was long enough even to render him unconscious, much less kill him…I saw nothing excessive in the manner in which the officers subdued Garner. He was neither beaten with batons nor even punched. To me, it appeared to be a fairly typical scuffle with a large man who had clearly demonstrated his unwillingness to be arrested peacefully.

He misses the point. The question is whether the take-down was excessive for Garner, not some theoretical average arrestee. It is true that with a normal, healthy subject, what the officers did would not typically cause death….but Garner was obviously not normal, nor healthy. He was morbidly obese, and 350 pound middle-aged people tend to have the kinds of heath issues Garner in fact had. Nobody would argue that an elderly woman or a ten-year old girl or someone in a wheelchair should be manhandled like that. Such treatment was negligent for Eric Garner, and the deadly result could and should have been anticipated.

It is true that the officers couldn’t know that Garner had a weak heart and suffered from asthma, but it doesn’t matter: the rule in negligence is that “you take your victim as you find him.” If your negligence is the proximate cause of someone’s death, the fact that it wouldn’t have caused anyone else’s death is no defense. This is the so-called “Egg-shell Skull” rule.

Garner was an egg-shell perp. END_OF_DOCUMENT_TOKEN_TO_BE_REPLACED